For anyone who’s seen the movie, Purple Rain, you know how legendary the venue First Avenue is.

The Minneapolis, Minnesota home for live performances is one of the most famous in the world. Lizzo has performed there, along with countless others.

Well, the venue just cancelled a show featuring comedian Dave Chappelle due to protests from workers and fans over Chappelle’s penchant for telling jokes focused on transgender people. Specifically, Chappelle’s recent special, The Closer, took aim at transgender folks, bringing some, including many employees at Netflix, which hosted the special, to raise complaints against the comedian.

Famously, Chappelle rose to major fame with his variety show, Chappelle’s Show, with stories about Prince and his legendary basketball games at his Minneapolis home.

Wrote the venue in a statement on Twitter on Wednesday (July 20), “We hear you. Tonight’s show has been cancelled at First Avenue and is moving to the Varsity Theater. See our full statement for more.”

The venue added, “The Dave Chappelle show tonight at First Avenue has been cancelled and is moving to the Varsity Theater.

“To staff, artists, and our community, we hear you and we are sorry. We know we must hold ourselves to the highest standards, and we know we let you down. We are not just a black box with people in it, and we understand that First Ave is not just a room, but meaningful beyond our walls.

“The First Avenue team and you have worked hard to make our venues the safest spaces in the country, and we will continue with that mission.

“We believe in diverse voices and the freedom of artistic expression, but in honoring that, we lost sight of the impact this would have. We know there are some who will not agree with this decision; you are welcome to send feedback.

If you are a ticket holder, look for an email with information on your ticket(s) transferring to the show at Varsity Theater.”

After announcing the show originally, First Avenue’s social media was inundated with complaints about the booking.

Chappelle recently commented on the backlash he’s been receiving for his comedy, saying, “When I heard those talking points coming out of these children’s faces [at his high school alma mater], that really, sincerely, hurt me. Because I know those kids didn’t come up with those words. I’ve heard those words before. The more you say I can’t say something, the more urgent it is for me to say it. And it has nothing to do with what you’re saying I can’t say. It has everything to do with my right, my freedom, of artistic expression. That is valuable to me. That is not severed from me. It’s worth protecting for me, and it’s worth protecting for everyone else who endeavors in our noble, noble professions.”\ 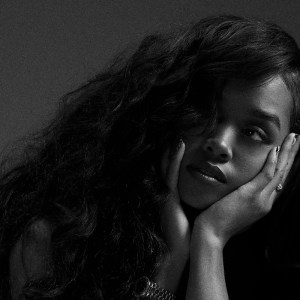