From being born and raised in France to growing up in Australia and eventually moving to LA, it’s safe to say that Flo Chase has encountered a fair spectrum of experiences and emotions in his life. For his first full-length album Toi, which comes out this spring, Chase prioritized tapping deeper into that well of emotions.

For a taste of what the album will sound like, he released a single titled “More of You,” an indie-pop, acoustically derived, up-tempo track with vibrant and versatile imagery and applicable merit.

Although the song encapsulates a simple plea for companionship, Chase brings a necessary tenderness and larger relatability to the track, adding a layer of depth to his message.

“I moved away to Australia when I was 12, I didn’t speak a word of English, which is also sort of when I went into music, and then I moved to Sydney when I was 18. I moved away from home and moved all the way to the States about three years ago,” he explains.

“So, ‘More of You’ is sort of based on that idea of obviously missing your loved ones,” Chase continued. “Being away from home and needing a little more of them in my everyday life, but there’s also a brighter message to it. It’s also embracing having those people in my life. Feeling grateful and happy that I do get to have them along the ride even though they’re not next to me.”

In a time where connection with people and gratitude is of utmost importance, “More of You” taps into that longing a lot of us feel right now while also remaining light, airy, catchy and fun.

Chase matches that attitude of carefree and transparent longing in his music video where he is seen cruising down the streets of San Francisco on a bicycle, leisurely musing as he rides in his ’80s inspired getup.

“The overall vibe of the song to me feels happy,” Chase explains. “When I listen to the song it makes me want to move. It definitely wasn’t written in too much of a sad moment for me, so I wanted a music video to sort of translate that feeling. That’s why we went with a bike. I thought the bike would help bring an up-tempo vibe.”

This shift ultimately helps to balance the song while also showcasing Chase’s musical prowess when considering that he played all of the instruments for the song and co-produced the track with his brother Theo and surrogate brother Houston Fry.

Chase explains that this dynamic shift is something he likes to think of as his musical “signature,” seeing that it comes so organically to him during the songwriting process.

In this way, Chase is a rare artist who embraces what feels right and doesn’t worry too much about the stifling formulaic patterns of other songs.

The music video ends with Chase arriving at his previously unknown destination to deliver a letter, presumably to the person or people he wishes he could have more of. The ending, while somewhat abrupt, tees up fans for a continuation to this San Francisco story. A continuation which listeners should eagerly anticipate.

Check out the music video for “More of You” below. 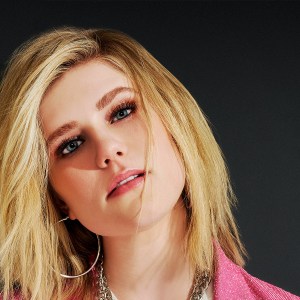