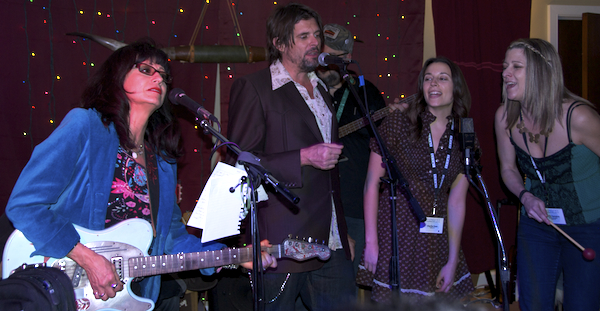 (Rosie Flores, Will Sexton, Charlie Faye and Noelle Hampton singing “You’ve Really Got a Hold on Me” in the Wine & Nut Room at this year’s Folk Alliance)

Unlike the giant South By Southwest Music & Media Conference kicking off in Austin this week, the International Folk Alliance Conference is an intimate deal where the showcases occur in one hotel, from big, decorated suites to regular old rooms. It’s a wonderfully convenient way to catch legends and up-and-comers, and a terrific opportunity for artists to play for talent bookers, publishers, managers, venue owners and media with a minimal amount of between-showcase schlepping. They also get to rub shoulders with one another and share ideas and if they want to, learn more about their craft and the business of playing music. After five years in Memphis, it’s moving to Toronto next year, then landing in Kansas City for five years after that.

Since Southby, as regulars and locals affectionately call it, comes just two weeks after Folk Alliance, we figured we’d mention some highlights from that February event so those of you heading to Austin for the March madness can catch some of the acts we loved. That sound you hear in your ears is the buzz; at conferences like these, that’s what it’s all about. And if someone mentioned below isn’t playing SXSW, consider this a heads-up to hunt him/her down elsewhere. 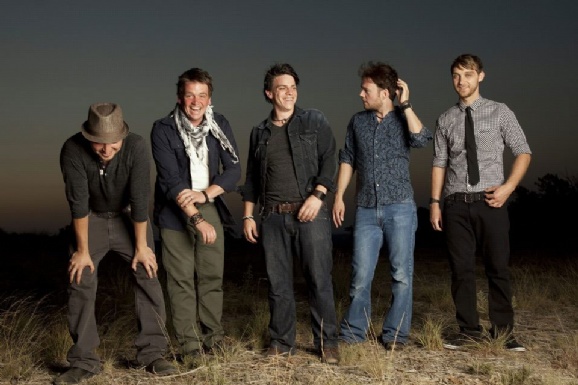 Sitting across the plane aisle from Kevin Wommack while en route from Austin to Memphis, I got the lowdown on the band he discovered at the 2011 Folk Alliance conference. Wommack, who manages Sahara Smith and Los Lonely Boys, has a great ear for talent. Though I caught only one song of theirs, the title tune from their brand new album, “Blind-sighted Faith,” I heard what he heard: Great harmonies, strong musicianship, an intriguing presence. A Mumfords/Avetts vibe that made them the buzz band of this year’s conference, too. Among their several SXSW gigs is the Folk Alliance party at Threadgill’s on Wednesday, March 17.

Hearing Nashville’s great gospel revivalist sing solo, accompanied only by his own acoustic-guitar strumming, was a rare treat. With his head down, his sunglasses, hat brim, and jet-black hair obscuring his eyes, he was every bit as compelling as he is when he’s dancing across a stage, stamping and clapping in front of a large band of supporting players. Catch him Wednesday, March 14, at the White Horse.

The Grammy Museum’s executive director, Santelli is also the nicest and most knowledgeable music educator/author/tour guide on the planet. Having him on hand to discuss Woody Guthrie’s continued influence on music and culture and plans for observing the father of folk’s 100th birthday was terrific, but he should have been the keynote speaker (that role went to blogger Bob Lefsetz). Santelli’s insights into the Grammy broadcast alone were invaluable, but his advice to (and lessons from) fellow authors on the “Meet the Authors” panel was also worthy. And after years of watching him and others moderate panels, I can testify he’s the best: always prepared, skilled at drawing out comments and sharing his own without dominating or letting anyone else do so — and able to end right on time. He’s moderating SXSW’s “Woody Guthrie at 100” panel with Dave Marsh, Douglas Brinkley, Jimmy LaFave, Joel Rafael and Woody’s daughter, Nora on Thursday after Bruce Springsteen’s keynote address. It’s for badgeholders only, but Santelli’s also got a new book, “This Land is Your Land: Woody Guthrie and the Journey of An American Folk Song,” releasing Tuesday.

The darling of the Americana Music Association Festival & Conference made some appearances — and requisite cracks — at Folk Alliance, too. At one showcase, he invited Susan Marshall to harmonize on “Always on the Outside,” a song he co-wrote with Nick Lowe. It was a magic moment, shared in a room containing less than 100 people. Later, making an unscheduled appearance in the Red Beet Records showcase room, he sang to an even smaller, but just as appreciative, crowd. 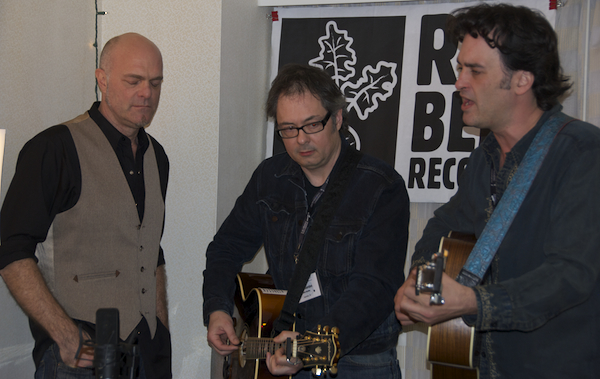 “It seems like only yesterday that I discovered these guys,” Lauderdale joked about Red Beet Records owner Brace and his pal Cooper, a pair of equally tall and charming ex-full-time journalists (for the Washington Post and Nashville Tennessean, respectively). Seguing brilliantly into music careers, they harmonize elegantly together — and appear to have equal potential as the next Smothers Brothers (of different mothers). Their showcases, populated by favorites like Gretchen Peters, Kevin Gordon, Mary Gauthier, Webb Wilder, Carrie Elkin, Danny Schmidt and Tommy Womack, were a popular draw each night. Surprises included Dan Navarro, who sang a great version of “All the Way to Texas,” by Seldom Scene’s John Starling, and Mama’s Blue Dress, a Trishas-like foursome of identically dressed young ladies delivering lovely harmonies.

A last-minute, early-evening song pull featuring Marshall, Tim Easton, Miles Zuniga (of Fastball and solo fame), Steve Poltz, HalleyAnna Finlay and others, this showcase occurred at the Brass Door, a charming Irish pub with a terrific little stage and a lovely atmosphere. (Full disclosure: I contribute to that publication, but it was a good hang regardless.) Lonestar’s got an official showcase Saturday at the Saxon Pub, and three days of free music in the St. Vincent DePaul thrift store parking lot, and Poltz, Finlay and Zuniga have multiple appearances slated during SXSW.

This young Oklahoman’s name was on everybody’s lips, touted for singing moving songs in a voice that’s slow, lonesome and haunting. His performance of “All That You Know” at the Wine & Nut Room, a nightly showcase spot, was a special moment. He’s got several SXSW gigs lined up.

Another Wine & Nut Room standout, the versatile Scruggs, grandson of Earl, has a great baritone and mad guitar skills, and is capable of sounding a lot like Buddy Holly.

Anyone who wants to know how to play a Telecaster just has to study Bill Kirchen; the Commander Cody legend showed everyone how it’s done during a Wine & Nut Room set in which he pulled out jazzy, tremoloed riffs and bent notes like they were green twigs, ably aided by Sexton (brother of Charlie), who’s also no guitar slouch. Both Austinites, they’ll be hopping all over town during SXSW. 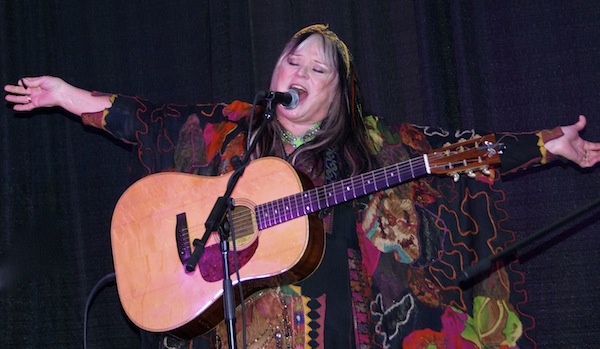 What a surprise it was to hear from this legend so many years after she seemingly fell off the musical map following a string of megahits (“Lay Down [Candles in the Rain],” “Brand New Key”). Turns out she’s always been out there, but it’s a safe bet most of us haven’t been paying attention. Emerging from mourning her husband of 45 years (and manager for longer) has given her new determination to say what’s on her mind, and so she is. But she still hasn’t completely lost the girlchild who inspired the first spontaneous audience display of flickering lights while singing at Woodstock.

Gauthier was all over the place, including at least one panel, during Folk Alliance, where she declared, “This is my tribe. I ‘m here to hug people and be part of the family.” Gauthier and fiddler Tania Elizabeth (ex of the Duhks) won’t be appearing at SXSW, but the world premiere of “Before You Leave,” a documentary about Gauthier’s efforts to learn the circumstances behind her adoption, happens March 25 at the Garden State Film Festival in Asbury Park, N.J.