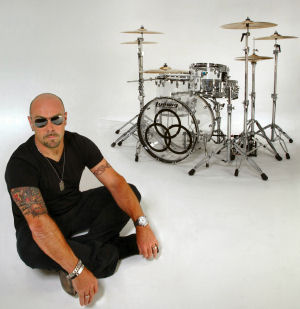 Jason Bonham has just announced the dates he’ll undertake this fall as the drummer for “Jason Bonham’s Led Zeppelin Experience,” a multimedia spectacle featuring the music of Led Zeppelin. The tour coincides with the 30th Anniversary of the death of his father, Zeppelin drummer and rock and roll legend John Bonham. We spoke to the man behind the sticks about his upcoming trip down memory lane. Zep fans, get your lighters in the air.

What’s the inspiration behind the tour?

The inspiration behind the tour was, since playing with Led Zeppelin at the O2 concert, with Jimmy, Robert, and John Paul, I’ve wanted do something like this. It’s something I’ve always kind of shied away from — I just didn’t see the point of putting another tribute band out there or whatever. But then I saw the show “Rain” which is a tribute to the Beatles. I went along just to be courteous, really, and while at that show, I saw there was a whole other way of doing it which I’d never thought of, which was telling a little bit more of a story. And basically from that moment I was thinking, “how could I tell people how much Led Zeppelin has been a part of my life. So we started throwing ideas around, about showing my first memories of Led Zeppelin, my first time jamming with them, playing with them, as a kid, you know. Things that have never been seen before, to try and make it a show, and a very personal one.

I want to make it intimate, but also make it big enough to get some of the production that we’re going to use. I want to do things where I play drums on certain songs where [John Bonham] will be in the room and I’ll be playing along with him. It’s been thirty years dad passed away, and I said, let’s do thirty shows for thirty years.

It reminds me a bit of Dweezil Zappa’s project, Zappa Plays Zappa.

I haven’t seen it, but that was also why when somebody said why don’t you do it, they actually referenced that. How about something like Zappa doing Zappa, he got a Grammy for that.

Not counting the Zeppelin reunion in 2007, have you done anything similar to this before?

I played with Led Zeppelin in 1988, nineteen years prior which was my first attempt at it… I was a twenty-three-year-old, yeah, I was a twenty-three-year-old guy that thought the world owed him everything and took a lot for granted back then. I was on tour with Jimmy Page, life was good, I was traveling with them. We didn’t rehearse, you know, so I was really pleased to have that second chance to do it well, with them [at the 02 concert], you know, to do it really, really well. And I hope that eventually does see the light of day. There was one other time when I did something which was purely just to get out and have a bit of fun, which was I thing I did called In the Name of My Father. It was one of those things, we just did it for two months and it ended up being three years, But this one has a very different shape to it.

I take it you’re not announcing who you’re playing with just yet.

Yeah, I’d rather people judge the band on how we sound, do you know what I mean? People can always, with the internet and things like that, have a prejudged idea… it’s that guy, I know what that guy sounds like. I didn’t want anyone to have a prejudged idea before they saw it or they heard it. Yesterday and I put a track on which I did at my house which I kind of used as an audition track for singers and guitarists, and I was pretty pleased with the way these things sound.

What Zeppelin songs are the most fun for you to play?

Well, I’m very lucky that I got to play, I think I actually got to play every song live with the real guys. Not many people can say that really, because after 02, when Robert wasn’t there, Jimmy and I and John Paul Jones got together and were doing some writing and playing. Every now and then, I’d ask, can we jam this, or can we jam that? And they’d say, okay, sure. It was mind blowing sometimes. One of my favorites would have to be “The Song Remains the Same,” I really enjoyed that at the 02. It’s a great drummer’s piece, you know, especially the live version of that. “Kashmir” is one of my all-time favorites to play. It’s the hardest thing to do, you try and have that rocking groove the whole way. The more relaxed you can be and laid back, the heavier it sounds. And then I would say “Heartbreaker” would be one of my favorites, and I’ll say once again, I love the live The Song Remains the Same version where he does all the different fills. I actually find that quite challenging,  especially to play it right with all those sticks in your hands.  You’ve got to be really relaxed with your hands. And then “In My Time of Dying.” The groove, the tempo and big open spaces to do what you want. That was definitely a moment at the 02. I could go on, there’s a million and they’re all really good in different ways.

What’s the hardest one to play?

I’d say the hardest to play, truthfully, for me would be “Rock and Roll.” A lot of people out there try and play it, and really it’s a two-handed shuffle all the way through, playing the sixteenth notes, it’s not just boom bap-boom-bap-boom- bap, it’s boom-boom-bap-bap-boom-boom-bap-bap on the snare and the hi-hat. It’s a hard one to play properly.

I can’t wait to hear what you have going on and to see the show.

I’m looking forward to this, every detail. I’m putting myself under a microscope and a chopping block, but I’m really looking forward to going out and playing, and to pay tribute to one of the greatest drummers in the world, my father. 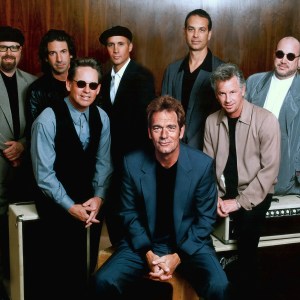 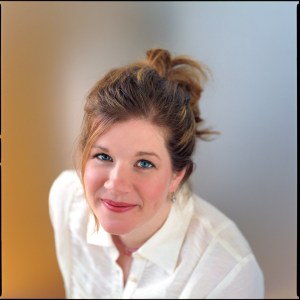