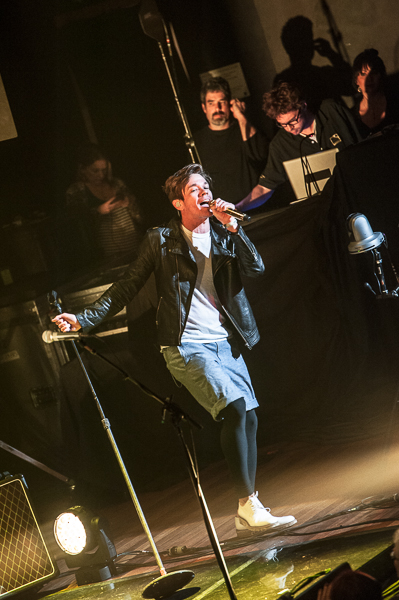 “Please don’t make me face my generation alone!” Fun frontman Nate Ruess pleads during “All the Pretty Girls” at Fun’s sold out show at Nashville’s Ryman Theater Saturday night.  And he ought to be careful what he wishes for. Because though he claims to be very alone, he is facing much more than just his generation. And he’s doing it in leggings underneath shorts (at least on this night.)

Fun’s fan base may be the broadest in modern pop music. A brief survey of the Ryman crowd finds no subculture lacking, and representatives of every possible demographic accounted for. Each group of fans seems a trifle surprised at the other’s presence – as if they’d thought Fun was their little secret. It wasn’t so long ago that they may have been right, but 2012 was very kind to the Phoenix trio, as were last week’s Grammys. Fun took home the award for Best New Artist — although, since their debut album, Aim And Ignite, came out in 2009, they’re as new to the public stage as the Twilight movies.

But while Aim And Ignite was an album of charming pop whimsy, 2012’s Some Nights was a loud, thumping bid for global stardom, and it paid off. And while the music may transcend generational bounds, the sentiment behind them is decidedly millennial.

They open with “Out On The Town,” a somewhat surprising choice given the two terrifyingly popular songs currently on the radio—but the aching pop echoes of the opener work well enough.  Ruess spends the night all over the stage, looking genuinely overwhelmed and enthralled by the group’s first Ryman gig, and a sold out one at that.  He even told the crowd that it’s Fun’s last show in the U.S. for a while, and they wanted it to end in Nashville.  The crowd loved this (as well as when Ruess says he’s been contemplating moving here), because Nashville loves being loved.

Fun keep the Ryman on their feet for the duration of their show – no mean feat. It’s likely owed to Ruess’ jittery stage crawl and the palpable band chemistry, but it’s also their audaciousness. The show doesn’t really slow down at any point other than “The Gambler,” Ruess’ piano ballad for his parents (significantly, it’s a high point of the evening.) Otherwise, bombast is the order of the night. “It Gets Better” (arguably the worst song on Some Nights) gets a techno-fied light show; “Stars” gets, well, cell-phones from the crowd masquerading as stars, and even deeper cuts on the album like “Why Am I The One” and “All Alright” had the majority of the Ryman joining in for the chorus.  It’s sort of mesmerizing, the vocal range of the audience, just like Ruess’, who doesn’t need the autotune featured on the album to hit all his howling notes.

It’s that vocal range and indie-pop lovability that’s had Fun compared to Yellowcard covering Queen. It’s an apt description, but a good 76% of Queen’s greatness was Freddy Mercury, and Nate Ruess is no Freddy Mercury (sorry) but his delivery has a pleasing fearlessness. There’s something about his balls-out wailing that invites sing-a-longs, and their show is at its best when Ruess capitalizes on this. You think you’re sick of “We Are Young,” but when 3,000 people are singing along to it, it’s suddenly your favorite song.

When the band launches into the Rolling Stones’ “You Can’t Always Get What You Want,”  it’s oddly fitting. Fun’s songs are largely about just that – getting by. They stare into the void with a nervous grin, a forced shrug and a hook-heavy caterwaul. Instead of facing the many, many issues that plague their psyche, they decide to live up to their name and have a good time. They know what they’re doing isn’t rocket science, but it’s working–and it’s working well. And I suppose the only proof they need of that is the Ryman’s 2,000-plus screaming fans. 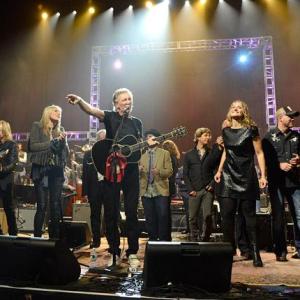 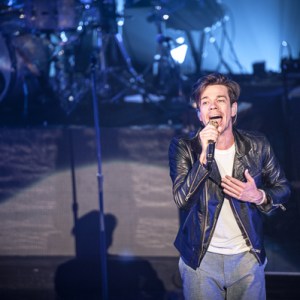