I’ve always felt badly for Gibson’s marketing team… their market is a vocal one that demands many things, often at cross-purposes. One key theme is that players want a vintage-like Gibson guitar at an attractive price point. Apparently, Gibson’s current management has accepted this challenge. Just a few years ago, the idea of a quality US-made, dual-pickup, nitrocellulose-finished single-cutaway Gibson for under $1k would have been a stretch.

The Gibson® Les Paul® Special Tribute is a throwback to the beloved Les Paul Special of the 1950s. Originally marketed as a student model (a step up from the similar one-pickup Les Paul Junior), Specials have long held a place in the hearts of players and collectors. While originals came with P-90 pickups, today’s Tribute version can be had with either P-90s or humbuckers.

You’ll be forgiven if your memory tells you this is old news. The original Special was well enough respected that Gibson has released a half dozen or more single-cutaway “Les Paul Specials” in the last couple of decades and probably a similar number of the double-cutaway guitars based on the 1959 version.

This is by demand. Those original “student model” guitars hit their stride when guitar music got loud and people realized those P90-equipped mahogany slabs made great rock machines (a view I’ll espouse as the owner of a ’59 Junior that survived some 1970s-era butchery but sees gig action to this day). The Special is simplicity itself… there’s no binding, no maple cap and a compensated wrap-around bridge instead of the Tune-O-Matic bridge and tailpiece found on the Special’s more costly cousins. Its pickguard attaches directly to the flat (uncarved) top. But what were once cost-cutting measures are now seen as features that contribute to a classic fundamental platform for the guitarist.

The guitar received for review was equipped with 490R & 490T humbuckers. This is no historic abomination… back in the ‘70’s a lot of older instruments (including Juniors and Specials) were routed out to accommodate humbuckers. While P-90s have their own special “thing” going on, the humbucker version might be the way to go for those seeking familiar Les Paul tones or those who push their amps into high-gain territory.

On a gig the Special Tribute sounded like, well, a Les Paul. Plugged into an amp set on the verge of breakup, rolling the guitar’s volume to around 7 yielded a bluesy “vintage” tone. Cranking the volumes made it “crunch” like a Les Paul should and, when goosed with pedals, the slightly mid-heavy 490’s cut through with classic lead tones.

Fit and finish were very good. The substantial unbound neck will feel a little different to those used to bound Les Paul Standards or Customs (where the fret ends sit behind the binding). These frets and fret ends were well-dressed, welcome news to those Gibson fans who have called the company out for spotty finishing work on lower-priced guitars in years past.

The finish is a thin-feeling coat of nitrocellulose (important to many Gibson aficionados), and while some prefer the highly-polished glossy feel of a Standard model, the satin finish on this guitar feels familiar to anyone who knows how nitro sinks into a 60-year-old mahogany slab over time. The reviewed guitar came with a Vintage Cherry finish, which would be my personal choice; it evokes an old cherry-finished Special with some mileage on it. White, black and walnut finishes are also available.

Collectors and vintage enthusiasts will have to look elsewhere for spot-on vintage details. For them, Gibson’s Custom Shop offers a Special at $3,799 and 1950’s-era examples can be found in the five-figure range. Some differences are barely noticeable, like the individual Gibson Deluxe tuners (rather than the original three-on-a-strip versions) or the oversized strap buttons (a great idea to anyone who has ever had a guitar slip off the strap).

Other differences may seem more significant. The Les Paul Special Tribute’s neck is maple rather than the traditional mahogany. On the cherry-finished example we reviewed, the difference is visible; the back of the neck looks almost pink compared to the body. Plenty of guitar forum regulars will tell you that a maple neck introduces more “snap” or high mids than a traditional Special should have, but in my humble opinion there’s no way to attribute specific tonal aspects of a guitar to individual features, and the overall sound of this guitar tells you it’s a Les Paul. Besides, I personally get squeamish carrying Gibsons in gig bags (like the one supplied) and wonder if the choice of maple makes this neck more resilient to the shocks and bumps that every guitar will eventually face in its lifetime.

What does matter to me and a lot of working musicians is the overall package, and this one is well worth checking out. If you’ve been dreaming about getting Les Paul tone and feel in a nitro-finished Gibson in this price range, this guitar should be on your radar. 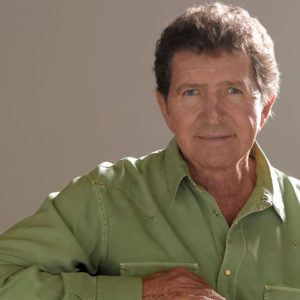 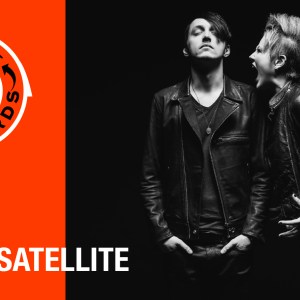