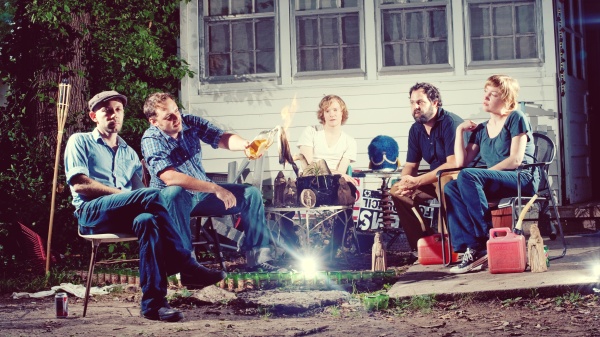 Hailing from Murfreesboro, Tennessee, Glossary has a sound that stays true to their Southern roots. With gritty lyrics and the occasional ripping guitar solo, they have been compared to artists like The Hold Steady and The Drive-By Truckers. Glossary will be touring with label-mates, Lucero, all across the South in support of their sixth full-length album, Feral Fire. American Songwriter had a chance to sit down with Joey Kneiser, the main songwriter for the group, who explained to us why you shouldn’t write your lyrics down and how it’s possible to seduce a good Southern girl even if you’re a dirty rapscallion.

Your new album, Feral Fire, comes out February 2nd. How is it different from your other five albums?

It’s just a bigger rock sounding record. We were trying to swing more and to have more of a groove. Mostly, I think this album is just us trying to get better as a band. We don’t set out to try to break new ground or redefine the wheel. We just want to play the songs better and to sing the songs better.

We recorded the album in ten days and to do that, you pretty much have to have as much pre-production done as you possibly can. We rehearsed like crazy because everything except for the vocals was recorded live. It was just all of us playing in a room together. We’re an actual band. We’re not a couple people you brought in to play on your record and we want our albums to show that. We want them to sound like we do when you come see us live.

Could you describe your writing process?

This is kind of a weird thing but I don’t write lyrics down. I don’t write them down until the song’s completely done and someone has to sing it or the lyrics have to be printed for the CD. I keep all the lyrics in my head. I just sit around and play and play until I come up with an idea or start singing something and then I just try to expand on it. In almost all my songs, the first line of the song is the first line I came up with. I never write from a hook. I just start playing guitar and try to come up with something I like.

Half the time, I don’t even realize what I’m trying to say when I’m done with the song. A lot of them I’ll write and then won’t believe I actually wrote it. Like with “Bend with the Breeze”, that song just came out of me. I live in Murfreesboro and can’t drive because I’m legally blind so I have to walk to this little corner grocery store three blocks from my house. It’s always got a lot of interesting people in there and one time I heard an old lady say, “Got to bend with the breeze.” I thought it sounded like some old Southern saying so I went home and started writing. It took two hours and when I was done, I didn’t really know who or what the song was about, only that there were some things in there that were definitely about me.

The greatest thing a songwriter can do is move aside and let it be as little about you as possible. You’re basically trying to grab a hold of something out of the air. That’s why I don’t like to write lyrics down. When you look at words on a page, it becomes something different. I want my songs to sound casual, like how I talk. I don’t want my songs to use words I wouldn’t say. I want to come off very simple and conversational.

“Save Your Money For the Weekend” has that conversational tone to it, with lines like “All I know is Southern girls are sweeter ‘cause they’re full of Jesus’ love.” How did that song come about?

I wanted to write a Southern version of the Billy Joel song, “Only the Good Die Young”. You’re pleading with the girl to come out with you but she’s not supposed to be around you because you’re a rapscallion. You’re a down-on-your-dumps dude who people think will never amount to anything. You try to convince this person that it’s worth their while, that it’s their one chance to be alive. Take a chance. Take a risk on me. I just did it in the context of being in the South where you have Christianity to deal with. When we play it live, I always preface the song by saying this is a song about trying to get a Christian girl to have sex with you.

Glossary has been together since 1997 and I’m sure you played in a lot of bands before that. How did you first get started writing songs?

So what’s the best way to make sure you can always play? Write songs. If you write songs, people come to you. They want to play with you. And even at times when you don’t have people to play with, you can still perform by yourself. That was my rationale. There are a million people who play guitar. There are a million drummers. People who write, well, there’s not as many of those.

There’s a theme of escape in a lot of your work, especially on the last two albums, The Better Angels of Our Nature and For What I Don’t Become. Was this a conscious effort or just something that emerged on its own?

I was first attracted to rock ‘n’ roll by the whole mythology behind it. It’s this idea of the rebellion of youth while trying to make something of yourself. It’s having big aspirations and always feeling like you’re never in the place you should be. All the grandiose themes that have been a part of rock ‘n’ roll, all the mythology of trying to make your way without anybody’s help, have always interested me. Define your life on your own. 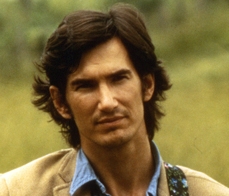 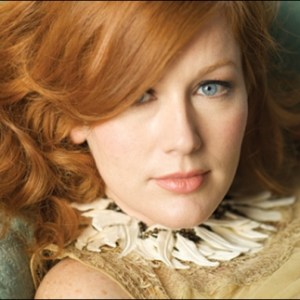