As the COVID-19 pandemic intensifies, gnash is thinking about how he can continue to bond with his fans. “The best way I can process what we’re all feeling is to make music. I’m happy to be able to do it and give a voice to people who don’t feel like they have one right now,” says the multi-platinum singer/songwriter/rapper/DJ, calling from his L.A. home. “I think it’s important that I’m always there and I’m always giving them something to relate to and connect with.”

To that end, gnash released a new single, the wistful, gently beautiful “leave,” on April 10. The lyrics chronicle the type of relationship difficulties that will be familiar to many people, yet it still has an optimistic vibe to it. It’s a dynamic that’s found across much of gnash’s material, and he says this is deliberate.

“A lot of the time, I’m trying to pull myself out of some kind of slump when I’m writing a song, because I don’t want to be sad forever,” gnash says, “so I’m using the song as a therapeutic resolve to however I’m feeling. I think people can hear me struggling with that in-between moment of, ‘I know I should feel better, but that’s not always the easiest thing to do’ – and then showing that over the course of the song so people know that even if they’re existing in a feeling, there is a brighter day.”

Since releasing his debut EP, U, in 2015, gnash has become known for his unflinchingly honest yet uplifting songs. He believes that this open approach has been key to his success. “I trust that if I’m talking about exactly how I’m feeling, then most likely that’s going to connect to with 78% of the people on the planet at any given moment. We’re all dealing with the same ups and downs and emotions. So if I’m able to document it, and then that could help somebody, then that’s what I’m all about.

“Initially it was like, who’s going to listen to these [lyrics] anyway, so I may as well say whatever I’m thinking, right?” gnash says, recalling his early career. “Then I started to get super self-conscious about it and I went through two or three years of feeling like a lot of people were looking at me everywhere I went and not really being comfortable with expressing myself as freely.”

He is referring to the mega-success of “I Hate U, I Love U,” the 2016 track he did (dueting with Olivia O’Brien), which spent 35 weeks on the Billboard Hot 100 chart, and has surpassed a staggering two billion streams on Spotify and 500 million views on YouTube. “I’m grateful for it because it brings a lot of people into my world that come to my show – but at the same time, I’m so past it now – that was years ago. So in my head, I’m well beyond that. I’m just starting to embrace it as a positive. It’s been a massive roller coaster.”

So far, gnash has released four EPs and one studio album (2019’s We), so he definitely isn’t resting on the success of “I Hate U, I Love U.” He credits his inner circle for helping him not get paralyzed as a songwriter, a common pitfall for artists attempting to continue writing after scoring a massive hit. “I’ve got a lot of friends who keep my head in the game and remind me that my ideas and feelings are valid, and encourage me to keep going.”

One of those friends, Imad Royal, produced “leave,” and gnash credits him as being particularly instrumental. “He’s helping me reshape the sound right now and get re-inspired. With “leave,” I would say we definitely have made a little bit of a sonic redirection,” he says, though he adds that it wasn’t really a conscious decision to do this. Rather, it was a natural evolution, resulting from the way the song was written and recorded.

“In this situation, there were three of us: Imad Royal, Sean Kennedy (of “Paperboy” fame) and I,” gnash says of how “leave” was created. “Imad plugged the Rhodes into his computer and started playing this riff, and all three of us were like, ‘That’s pretty sick!’ We just ran with it. We all just threw ideas around the room. The third verse was the most exciting part because everybody loves it when I catch a rap flow in a session – everybody gets really excited.”

When they started recording the track, “Imad was like, ‘Yo, could you just whisper the vocal? Just barely do it.’ And I was like, ‘That’s pretty sick!’ Because Sean and I had been talking about how Elliott Smith always did the double, triple tracking vocal styling.” Still, this was a dramatic departure from gnash’s usual method: “I’m always like, ‘No, I don’t double my vocals – I like one single vocal down the middle, very Drake style, right in your face, heavy in the mix.’”

But this time, gnash says he thought, “What do I have to lose? These are my friends. Working with friends makes me so much more comfortable to try things like that, because it could have been terrible, and then we could have just thrown it away, right? So I, very embarrassed, hunched in this little ball [over the mic] because I was so nervous it was going to sound bad.”

Instead, “leave” turned out to have a confessional, intimate vibe that surely will endear him to fans all over again. He says that he’s happy to return to this ultra-personal lyrical style. “Recently, I’ve adopted this feeling of, ‘Well, I may as well be 100% honest because I like how that felt, knowing that people were listening to me.’ Because at the core of my artistic project, it’s somewhat ego-based. Ego is not necessarily this great evil thing that people make it out to be, because I don’t think anybody would want to be on a stage and play songs for people if there wasn’t some sort of ego thing driving it.”

But, gnash is quick to add, he is not entirely focused on himself – for him, having a reciprocal relationship with his fans is intrinsic to his process. “I think what I love most about it is that I say something, people hear it, they say, ‘Oh, I felt that too – I feel better because you said that.’ That makes me feel fantastic and want to go make another song and give that to those people. They don’t realize, maybe, that they’re making me feel great, but I need to make sure that I keep coming with honesty and straightforwardness, very specifically set on helping people feel better – and that includes me.”

This desire to connect with others also extends beyond his songwriting and into his everyday life. “I love people,” he says. “I’m the guy that goes to the grocery store and has a ten minute conversation with the person checking out the groceries. I love those random spurts of human interaction. I love learning about people. Thanking people for what they do. Getting little snapshots of the human experience from other people.”

For gnash, such connections provide crucial fodder for his music. “I think that in a lot of ways I’m just having a bunch of little conversations with everybody that listens to my music, and every time they tune in, they’re having a little conversation with me. And then when they come to a show, it’s more of those little conversations, and I love doing that so much. I’m grateful and extremely thankful for the people who listen.”

Besides rediscovering the joy of communing with his fans, gnash says that his creative evolution has also been informed by the artists that he personally admires (he cites Elliott Smith, Death Cab for Cutie, The Beatles, and Daniel Johnston as favorites). He is immensely respectful of these innovative artists who have come before him. “I’ve been going back and listening to all the old stuff – it’s been awesome. I’m really doing my research and studying and bringing everything I’m listening to into the room.”

Now, gnash says, he’s been happy to discover that his fans will follow him wherever his artistic sensibilities lead him: “I can do a bunch of different stuff, and my fan base just rolls on the roller coaster with me, and I’m grateful for that.”

Fans will soon get another batch of gnash songs to pore over – he says he’s finishing his next as-yet-untitled album right now. He says the pandemic has made writing more difficult, but he’s been pleased with his progress. “If I’m having a good day, I try to write something new – and then the other six days of the week, I just move the ball forward on things I’ve already got. But as long as I’m trying something new once a week, then I’m moving in the right direction.” He says he is aiming for a mid-June release date.

However, gnash cautions fans that this new album isn’t turning out to be in the same vein as “leave,” as he seems to be undergoing another musical evolution. “It’s funny because the second you think you’ve got something, then you’re like, ‘All right, now make an album of it!’ – and it’s like, ‘Nah, it doesn’t go like that!’”

He says he hopes the new songs, like “leave,” will give people something positive to focus on during this COVID-19 crisis. He also shows his characteristic optimism as he looks ahead even farther, into the post-pandemic future: “I hope we come out of this time realizing that everything we do has a ripple effect, and we’re all a lot more powerful than we think we are, and that’s an amazing thing when it’s used well. So when this is over, I hope people will take that into account in a positive way and try to make that ripple effect that they have a little bit brighter.”

When that post-pandemic time finally comes, gnash says, “I am really looking forward to a nice Italian dinner – and then I’ll go back inside and keep working on music.” 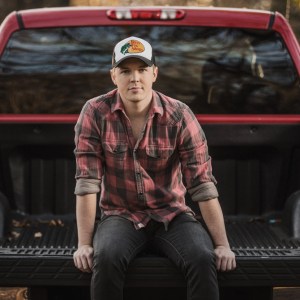 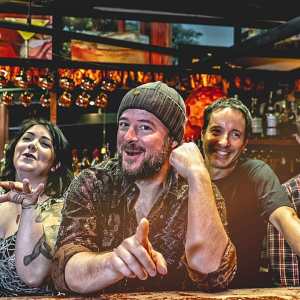