The Grammy Award for Best Song of the Year is a Songwriter Award awarded to the writer of the song. A song is eligible if it was first released or if it first achieved prominence during the Eligibility Year.

2021, like 2020, is proving already to be a year unlike any other. It’s the first year in decades, literally, that the Grammys was postponed, and not held in January as usual. It’s also the first year that this writer has not attended the Grammy awards in person to cover the event for American Songwriter, which has become somewhat of annual tradition.

Last year, in 2020, the Grammys was in January, before the pandemic lockdown changed our lives.This year the event was scheduled for January, to be held at Staples Center as it has for many years, but was rescheduled because of lockdown problems. It is being held tomorrow, Sunday, March 14, 2021.

In addition to covering the event each year, I have contributed writing each year for the Grammy program about each of the nominated songs in the Best Song category. It is the preeminent songwriter’s award given each year. The Grammy Awards for Best Album and Best Record are given to the artist and producer. Best Song is awarded to the songwriter.

The category and its nominees have evolved in several ways over these years. Recently, the number of nominated songs for this category was expanded from five to eight.

In addition to that, the number of people who generally write popular songs – including nominated songs – has expanded; in 1992, when I started, most songs nominated were written by one or two people at the most. These days it is quite unusual for any song to be written by less than three or more songwriters, and often more. So unlike the old days, when there would be ten nominees at the most, this year there are 35 songwriters nominated in this one category.

In fact, the only songwriter to have been nominated in recent years for writing a song all alone was Taylor Swift, who wrote  “Lover” alone. This year she is nominated again, for the song “Cardigan,” which she wrote with Aaron Dessner. More info on that one is below, as well as on the other nominees for the Grammy for Best Song.

There is another song nominated this year written by two people only, the same two who won this Grammy last year, Billie Eilish and Finneas. This year they are nominated for “Everything I Ever Wanted,” a song which has a beautiful story attached, as told below.

THE BOX
Larrance Dopson, Samuel Gloade, Rodrick Moore, Adarius Moragne, Eric Sloan & Khirye Anthony Tyler, songwriters (Roddy Ricch)
The first rap song of the decade to become a number one hit, it sparks with such compellings sonics that it seems calculated to be a radio hit. But it wasn’t. “We never were like, `Oh, it’s a single,’” Roddy said to Entertainment. “I don’t even believe in singles. I believe in full albums. I really just wanted to put out songs with people that I was rocking with.” About the suddenness of this success, he said, “I feel like it’s just God’s timing… God chose me to be a leader of the new era, and I’m thankful for it every day.”

“It’s about moving on, “ Dua Lipa told Radio.com, about “finding confidence in that and not letting anyone get in the way of your happiness. I think it’s always important to remember that your happiness should come first.” She opened the album with this song to counteract the sense of pervasive “dance crying,” the underlying sorrow woven into her joyful songs. It’s a serious journey, she said, but also “very nostalgic and fun and dance-y. It’s honest but not taking itself too seriously.”

A perfect crystallization of their singular collaboration, “Everything I Wanted,”  grew out of a dream Billie had of leaping off a building. A dream too dark for producer/co-writer Finneas, who wouldn’t go there with her. He knew the subject matter was provocative and dramatic both, and would create an enormous response, probably becoming a hit. Yet his sister’s well-being meant more to him. He told her that he didn’t want to write that song with her. “I felt like an enabler in helping her write a song as bleak as that,” he said. She always said he was her greatest champion, and the fullness of that role was never more overt. In his resistance and embodiment of love unconditional, she saw the bigger truth of the song, and it expanded to become a message of love through the darkness. “We had a complete block,” she said,  “and the way we got through it was to make it about us as siblings and what we mean to each other.”

It was while writing a love song that they fell in love. It was the first song they ever wrote together. “That session was one of the most magical in my life,” Saxe said to People. “That song just poured out of us.” The idea was triggered by a recent earthquake, which led to a discussion about the effect of apocalypse on the heart. “[The song] is about that special person in your life,” Julia said to Eonline, “that you can’t make it work with. If the world is ending, and there was nothing left to hold you back, would you make your way back to them for one last night?” 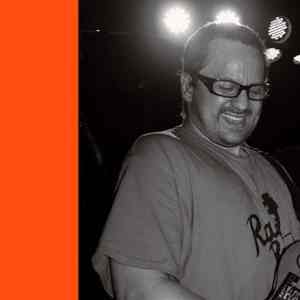 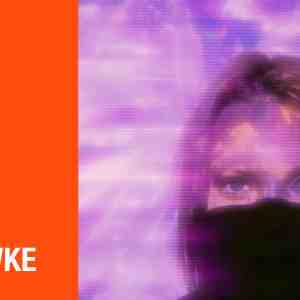