Recorded by Bob Malone and others

Being Halloween, it’s the obvious holiday on which to share this, my admitted favorite Halloween song, “Halloween.” Recorded by the great Bob Malone, among others, it was written by Paul Zollo. Who is me.

Hold on a second. Me? Is this simply some kind of self-promotion poorly disguised as a Halloween diversion? A fair question, and one my attorney has advised me not to answer. Am I in danger of being arrested and sent to music journalist jail? Yes. But that is always a possibility. For overuse of hyperbole alone, or “gushing,” they could have locked me up long ago.

It was autumn of 1984. I lived in a haunted guest house in Hollywood behind a bigger house, also haunted, and occupied by an alcoholic French-Canadian former Ice Capades skater who managed a Sizzler at 4th & Vermont. He told me once that his home was haunted by alcoholic ghosts who made him drink.

Obsessed by these and other ghosts of Hollywood I came to know, I named my band The Ghosters. We were five – guitar, keys, bass, drums and sax with vocals – and became the house band at a place called the Haunted Studios on Hollywood Boulevard, now an empty lot between buildings west of Cahuenga. They liked us for our name, which was opening doors for us. Not always good doors, but doors nonetheless. We got to rehearse for free at this place, but it was creepy, in that a lot of pale zombies lived there. One actually slept in a coffin which was in the ceiling, up overhead.

We did play other venues, fortunately. Both Madame Wong’s. FM Station, Club 88 and our favorite, The Natural Fudge Company, a resaturant venue in Hollywood. For several years we did an annual Halloween show with special guests (including the legendary Life Is Grand Band), lots of pumpkins, and a costume party there.

For our first gig there I wrote this song, “Halloween.” Always a holiday I loved, growing up in the heartland where the autumn colors seemed to linger for what seemed like half the year. It was a slower, gentle time. We walked home every day from school through those fallen leaves. Back then in Illinois, burning leaves was still legal. The rich, somewhat sweet smoky smell of that has haunted me ever since, and wound up in the song.

Halloween was a intensely momentous occasion each year, and stranger and more mysterious and macabre than any other. Just the carving of the jack-o-lanterns each year, led by my mother with a big sharp knife, was like a religious ritual. There were even candles.

I wrote the song on my ancient Hobart & Cable upright grand piano, made in Chicago long ago as was I. Though i’ve performed it often with guitar, it’s a piano song.

And being written for an occasion of some darkness, I chose the oft-purported “saddest key,” D minor. To a gentle swing rhythm, and the clarinet echoing melodics, we performed it that Halloween and each after.

I learned an important lesson about writing such a specially seasonal song: it really works only on that occasion! For which it’s great. But sing it in August? No. It doesn’t work.

But every autumn, even after the demise of The Ghosters, I have revived it.

About 17 years ago, my pal the great Bob Malone (amazing piano-man, songwriter and longtime organist in John Fogerty’s band) wanted to record it as part of a two-sided CD with a song he wrote called “So What If Its Halloween?” He cut it with his cool, swinging Dr. John vibe, and great musicians including Jake Jacobs on drums, Troy Dexter on guitar, Lynn Keller on bass, and Karen Nash on back-up vocals. Bobby took the burning piano solo, which he played live as they tracked.

There was also a killer horn-section, with an arrangement by Bobby. He’s one of those guys who can write parts just from his head, without a piano. Like that Mozart guy used to do.

I took the photo which was used as the cover of the record. My friend Claudia Rose, who shared my love of Hollywood and its ghosts, played one at Hollywood Forever cemetery.

Bobby Malone and I also did a live duet on this song at Kulak’s Woodshed in Los Angeles in 2009. My son Joshua Zollo, who is now 21, was ten then, and loved to join me onstage and dress up in funny hats and suits like I did. He grew out of it. (Me, not so much.) He’s that little kid next to me.

(He’s since expanded considerably in every way. He works on the popular podcast Your Mom’s House, starring Tom Segura, and other related shows.)

That live Malone-Zollo-Zollo performance is below. The official Malone studio recording is up top.

Listen quickly before this goes sour. Expiration date is tomorrow, the first of November. By then it’s already too late.

The song was also allgedly recorded by other luminaries after Malone, and performed on local TV marathons and one state fair. These include performances by Helen Reddy, The Association, Rick Springfield, Red Skelton, Nancy Sinatra, Milli of Milli Vanilli and John Legend (the dentist).

To this day, according to a legend started by my closest imaginary friend, it’s also been performed live every year since 1988 at the annual Everett Dirksen Memorial Halloween Party, held in the ballroom of the golden Radisson in the secret subterranean city the government maintains eleven stories beneath a cornfield in Galena, Illinois. 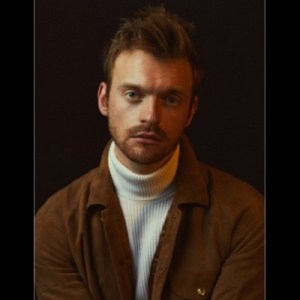 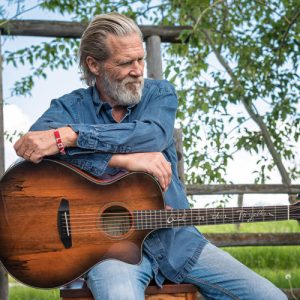