Harry Hudson never wastes a moment of his life. Had to go through hell to get to heaven, he rips with the clattering opening track “Holdin’ On.” It’s a frank, honest statement, setting the stage for his latest record, Hey, I’m Here for You, which finds the singer-songwriter taking a hard left into hip-hop drenched territory, quite the departure from his folk tapestry on his 2018 debut. He’s been through a few things─cancer, the death of his father, heartbreak─and needed to exorcise the pain from his bones.

“Everything I write has to have a meaning behind it. I have to live it before I can do anything with writing. It’s a unique tool for me. Sometimes, I’m not good at vocalizing it right away, but when I write, that’s the easiest way for me to express how I feel,” Hudson tells American Songwriter over a recent Zoom call. “Also, I try to tie it into a universal feeling. We’ve all been through similar things. Songwriting has really helped me with every process I’ve gone through, from chemo to grieving to relationships. We only have one life.”

As laser-focused as he is on addictingly reckless genre-bending, he squeezes in several organic, rootsier moments to alleviate the senses. “Take My Time,” for which he recently dropped a video, bridges the gap between the past and the present, an acoustic stunner giving his vocals a bright, piercing moment. I’ll take my time / But this feels right, you can’t deny, he sings, still radiating an R&B glow.

“The concept is exactly how it sounds, knowing when something feels right in your heart and you don’t know what it is,” he says of the song, inspired by his relationship with Eve Jobs. “I didn’t know if there was going to be a relationship or not. There’s honesty, and that’s just so important in life.”

Calling from Florida, a getaway during the ongoing pandemic, Hudson beams with warmth. “Honestly, my mental health has been really good lately,” he says with a husky rasp. When he was 20, the New Jersey native was diagnosed with Hodgkin’s lymphoma and underwent intense chemotherapy. He’s long since recovered, and mandated lockdown over the last 13 months wasn’t anything new. “It wasn’t a test for me, but it seemed to be a test for a lot of people around me. It caught up to me five months in, though. Not only was I not doing what I love, but I was trying to get used to a whole grieving process I never had a proper chance to do. I felt lost for a second. I’m very open with how I feel. I’m never hiding anything.”

Hudson lost his father three years ago and found himself finally confronting the loss. A mentor, a close former friend of his father, proved to be vital to this awakening. “He’s very spiritual, and he’s helped me a lot every day for the last couple of years. I started therapy and doing little things for myself. I know who I am, but sometimes you get lost in the mix with mental health. It’s not your fault. You have to figure out how to overcome it. Realizing it is the first step.”

Hudson’s spiritual journey has greatly benefited from such honesty, as well. “It’s about being connected to yourself and a higher power, whatever you believe in. I believe in the universe and God. Connecting to your inner self and being present makes life a lot easier. We’re so focused on the past and the future and things we don’t have. If we’re alive, we have everything we truly need. Breathe and take in what you have in each moment. Life moves quick, and you don’t want to look back and realize you missed it all.”

Now 27, Hudson has witnessed time itself moving increasingly faster these days, in a world that’s already briskly flying past. “Time does speed up, especially when you’re moving so fast and not really paying attention to all the moments. Growing up is the greatest part of life,” he reflects. “We learn so much and grow into the human we want to become. That’s where I’m headed, and I’m not that path. We have this thing of ‘we need to look young and be young.’ It’s just about feeling young. That’s something my mom always taught me. She’s in her 60s, and everyone’s like, ‘She looks like she’s in her 40s and she acts so young!’ She’s like, ‘Listen, I just enjoy life.’”

Writing and recording Hey, I’m Here for You, featuring contributions from producers Mike Dean (Kanye West, Travis Scott), Jess Jackson (Kanye West), and Blake Slatkin (Benny Blanco), has unlocked greater artistic merit─and necessary stages of grief. “I’ve learned how to love myself more. As a kid, I was blessed enough to have parents who smothered me with love─obnoxiously. To have half of that gone out of nowhere….” he trails off. He pauses, takes a breath, and recenters himself. “It was more time to look in the mirror and love the person I see. I’ve been working on that the last seven years. You have nothing to lose in this life except your life. Go for it. Take as many risks as you want. Do anything. Go broke.”

A good headspace and lease on life, Hudson pays it forward, taking all the pain he’s endured, aches for human connection, and gripping desperation to enact specific and great change in the world. “I remember sitting in a chemo room, and I was the youngest kid by 25 years and feeling very lonely and not having many people to connect with. I had friends who came by, and they were a godsend. But then they didn’t know what I was going through. Cancer patients and survivors have this unique relationship. No one else can understand what that feels like.”

In 2017, he turned to social media to “be a guide and teacher through that time,” he says. People began reaching out to him, sharing their own stories and experiences, and a network flourished and grew around him. With headlines infrequently focusing on teenage cancer patients, Hudson wanted to shine a light on what it was like to go through one of the most trying times of his young life. “That’s the time that makes you or breaks you and pivots you into who you need to become in life and what you want to do,” he remarks.

Earlier this year, Monroe Carell Jr. Children’s Hospital atVanderbilt University Medical Center announced the completion of a high-tech Hey, I’m Here For You Teen Lounge, containing a meditation room, electronic equipment including video games and big screen television, a selection of movies and streaming capabilities, and countless other tools. An ambassador with Teen Cancer America, Hudson worked closely with Roger Daltrey, co-founder and lead singer of The Who, to connect people from all over the world. “We built a great partnership and relationship,” says Hudson. “We’re very hands-on. There’s not that many people who work for that charity so it’s not like all this money is going to different places. It’s very straightforward, and you see what happens with the money and where it goes. They are very passionate about it and doing the same things I want to do.”

All things considered, Hudson is a beacon of hope. Yet with his various philanthropic endeavors and artistic achievements, there’s always the lingering question: what’s my purpose? Hudson doesn’t have all the answers, but he’s getting close. “Being present and following your passions always leads to purpose. I’m still growing, and I’m so excited for the future. It’s manifestation and knowing what you want. I know I want to help kids. We’re all in pain, and we’re all suffering. I’ve been there, but I’m so good now and not really in that headspace anymore. I’m here to help people and change perspectives ─ and help heal the world, one day at a time, and one person at a time. If you’re doing what you love, and you’re passionate about it, I think you’ll find purpose through that.” 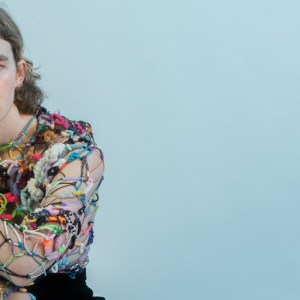 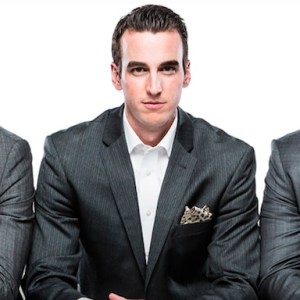