Australian electro-folk artist Hayden Calnin explores big themes in his new album, What It Means to Be Human. Released on September 10, this is Calnin’s first full-length LP since his two-part 2016 album, Love Cut.

What It Means to Be Human explores philosophical themes like time, creation, and polarization from politics. The record is full of powerful lyrics, stunning harmonies, and moving beats.

“We are curious creatures,” Calnin told Atwood Magazine. “What makes a human a human, besides the physical? I’ve played this question over and over in my head and it really just summed up the ideas explored in this collection of songs. I’m a person that is inspired by the environment I surround myself in, and I’m searching for something that feels like home.”

After years of becoming comfortable with his sound and creative process, Calnin was finally ready to produce a full-length body of work that feels like his own, describing it as “progressive, orchestral infused, cinematic folk-pop.”

In his own words, Calnin walks American Songwriter through What It Means to Be Human, track by track.

“This album is somewhat conceptual in nature and this opening track is meant to get you ready for a bit of a sonic journey. I wrote and recorded it with the intention of setting the listener up for what is to follow and give you a moment to breathe.”

“A look at time and being, bound to its flow. Feeling the ground under your feet, while all above you is unpredictable. There’s no right way to go through life and it can be as sporadic as lightning.”

“I’ve lost a few loved ones over the last few years and this song is reflecting on the inevitability of death and what it leaves behind. Loss can be painful, but you can take things from it too.”

“Have a look around, politics is wild, unusual, demanding, and used as a weapon against us. When did this happen or has this always been the way? Question everything, and remember that politicians are meant to serve the people, not themselves. This is about as open as I’ll ever be to sharing my views on our political climate and to put it lightly, I’m not happy about it, at least in my home country of Australia. I’m disgusted by it, everything is politicized and argued before it’s even discussed.”

“Where did it all start? If you find out, let me know… There are lots of theories about how the universe began, some say the big bang, others say some higher being. Personally, I sit somewhere in the middle of this. The older I get, the more philosophical I have become and I find myself opening up to being a lot more spiritual. I grew up not believing in anything, but I’m at a point now where I am searching for meaning, and that all starts at the beginning if there is even one at all.”

“The mid-point of the album. Take a breath, grab a drink, and get comfy. Like the opening track, this is a mood setter for what is to come in the second half of the record.”

“We Got Gods to Blame”

“So many wars are fought over our beliefs in our Gods. There are so many. Most represent love yet we hurt and kill each other over them. It’s dumb. Your beliefs, spirituality, or lack thereof are not an excuse for being a bad person and making bad decisions and if they are, you are most likely caught up in something you didn’t sign up for. Stop the fighting, stop the arguing, work together and we can build a much better world. Or, continue to blame our Gods.”

“The Parts I Hid Away”

“This is an isolation song. I moved out of the city to a quiet beach town. Best thing I ever did. I am not who I use to be, nor do I need the things I was holding on to for so long. This is a reflection of my own growth and all that comes with that.”

“The universe is chaos and so are we. They are juxtaposed in every way. Everything you do has a reaction, and everything something else does reacts back just the same. We are one big jumbled-up infinite spread of some kind of magic and it’s both terrifying and exciting to be a part of it. I don’t have any answers to the big questions I ask myself, but I keep going all the same. Motivated by something. Life is a gift so I’m trying to make the most out of it. I wanted to represent the quiet vs. the loud, the gentle with the aggressive, and opposites working together. The song starts very mellow but ends in a wall of noise, yet somehow it all fits together.”

“What It Means to Be Human”

“What does it mean to be human? No idea, but I’m searching for my own meaning. It’s a little absurdist, but I can relate to that. Make it your own. This song was inspired after a hiking trip with some friends through the Victorian Alps in Australia. We spent a few days in nature just spending some time away from technology, society, and all the hard confusing stuff. It is so important to do that every now and then, it helps put things into perspective. This song came out of that trip, and summed up the record in my opinion.”

“Perhaps the most personal song of the record, but also with so little to say. It’s an expression of what is good for me and what is not. Your environment shapes you, so make your environment something you aspire to be and you’ll become it. Don’t sit around waiting, don’t blame others, just go out and do it. Life’s too short to waste any of it. Do what makes you happy. This song is predominantly instrumental, but the little lyricism it has is enough to get my point across and it felt right to finish the record on that note. If you know what is good for you, then go get it.” 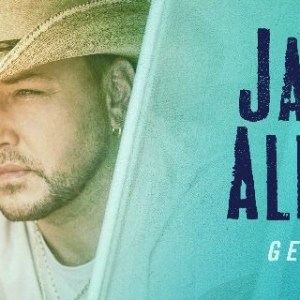 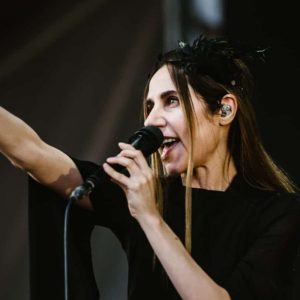