Singer/songwriter Donovan Woods understands the feeling of waiting for that big break. And on his Behind the Mic interview and performance for American Songwriter, Woods had some sage advice for producing that first lucky hit.

While Woods acknowledged that a significant portion of his songs he wrote by himself, he began by explaining co-writing. His approach to co-writing then elegantly segued into the specifics of the creative process.

Here’s Woods on co-writing: “I just want to be really calm when I’m going into a co-write. I want to have ideas. Ideas for songs [and] ideas to explain. And I don’t mean like a full idea for a song or a title even. A title is nice but just something — something you want to write about.”

He continued, “Most recently I was writing with Matt Nathanson… and we both talked about [what] we wanted to write about. You know when you’re riding a bike down the street, and the sun is setting behind the houses on one side and the sun goes ‘boom-boom-boom’ as it shows up in between the houses? We said we wanted to write a song about that… You just come with ideas, creative juices ready to flow. And I wanna be with people I like and feel comfortable and safe to be able to say silly artistic things and just try stuff.”

It is this simple, yet refined, ability to just say what you want that fashions a fruitful partnership. Woods continuously underlines this principle of songwriting in a safe space with people you love. That produces hits.

Unfortunately, however, Woods doesn’t claim that co-writing will dramatically solve your writer’s block every time. Sometimes, there are days when the chemistry and creativity won’t add up.

Woods relays that “a bad co-write… it doesn’t mean anything. I have ones where I feel like the most useless songwriter of all time, and I have ones where I leave feeling better about myself. They happen in equal measure it seems, so don’t be discouraged by it.”

And finally, towards the end of his interview, Woods reveals where he continues to successfully pull inspiration from.

“A lot of times, I’ll hear a story that suggests to me that I might be able to use that story as a window to something I want to talk about that’s going on in my own life. So I’ve sort of co-opted a story that I’ve heard… or character that I’ve heard about and I’ll involve them in a story to tell a story about myself and to tell a story about a feeling that I’d like to get at. It’s just trying to find those things that are pithy, it’s a weird word, but capacious and has room to tell an emotional story.”

Watch the full version of Donovan Wood’s Behind the Mic below and listen to his new single, “Grew Apart” here (or watch it here). 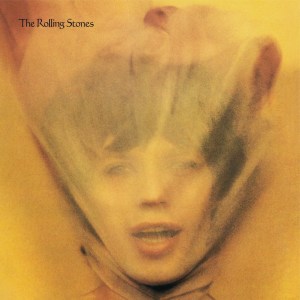 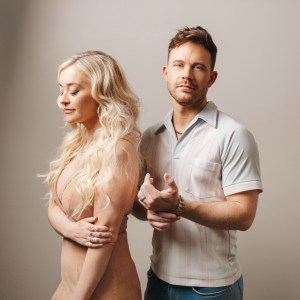