You might have been reminded of the words of our Founding Fathers at some point, especially the ones about us having the right to life, liberty and the pursuit of happiness. Notice that Thomas Jefferson and his buddies didn’t guarantee us happiness. It’s that pursuit part that sometimes trips us up, but at least it leads to great songs like Simon & Garfunkel’s “America.”

“America” was a centerpiece of Paul and Artie’s fourth studio album, 1968’s Bookends. This was an album in which the duo started to leave behind the folk rock for which they became famous. The pair expanded their musical horizons with innovative arrangements and utilized some of the best session players in the business like drummer Hal Blaine and keyboardist Larry Knechtel. Blaine’s instinctive fills and Knechtel’s soulful runs deepen Simon’s melody on this memorable track, which even makes room for a reverie in the bridge.

The bedrock of it all, of course, is the convergence of those two magic voices. In an interview with Paul Zollo in 1993, Garfunkel explained how the line “And walked off to look for America” was an example of an almost metaphysical synchronization between Paul and him. “That has a real upright, earnest quality because we both have the identical soul at that moment,” Garfunkel said. “We come from the identical place in our attitude, and the spine that’s holding us up, we are the same person. Same college kid, striking out.”

“America” is essentially a road-trip song, but like all road trips, it tends to reveal as much about the participants as it does about the lands being traversed. The narrator and his companion Kathy (a reference to Simon’s 60’s girlfriend Kathy Chitty) board a bus in Pittsburgh with a four-day hitchhike from Saginaw, Michigan already in their rear-view. “Let us be lovers, we’ll marry our fortunes together,” Simon begins, an optimistic opening, but cracks in that optimism will soon start to show.

Passing the time on the bus with little games about their fellow passengers is all well and good, but a kind of ennui soon sets in when the cigarettes are gone and the magazines are read. “And the moon rose over an open field,” Simon and Garfunkel sing, and their voices convey both the awe of witnessing that phenomenon and the melancholy such a sight can bring about in a weary traveler.

Indeed, Simon’s next lines lay bare the extent of his character’s pain: “’Kathy, I’m lost,’ I said, though I knew she was sleeping / ‘I’m empty and aching and I don’t know why.’” With that admission, he becomes another in a long line of wanderers hitting the open road to fill the voids in their souls. Simon makes this connection with the closing couplet: “Counting the cars on the New Jersey Turnpike / They’ve all come to look for America.”

“America” suggests that restlessness is just as much of our unalienable birthright as anything else. To borrow another word from the Declaration of Independence, Simon & Garfunkel’s talent for making such effortlessly vast yet intensely personal statements was always self-evident. 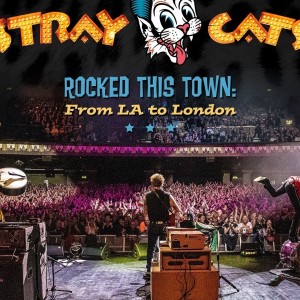 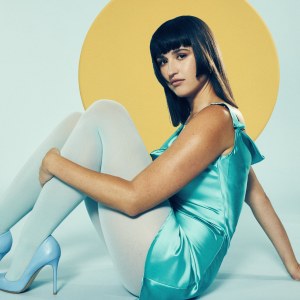