New York City represents a microcosm of the world, with a dichotomy of every possible high and low, good and bad, rich and poor scenario. And contained in that microcosm is HEAP, a 4-piece garage punk rock band who are as real as it gets.

HEAP lives in the fabled grimy streets of ‘70s-era New York City and that’s fine with bandleader/primary songwriter Tim Heap. “Renting,” the band’s latest single and video from their self-titled 3-song EP is a “you don’t really own anything you’re a slave to the system” FU to the man delivered with grit, conviction, truth and ‘Goat’s Head Soup’-era Stones attitude.

“Obviously, it’s a metaphor about our time on earth. I started by thinking about how in a city like New York, you’re lucky just to survive–never mind owning property,” Heap says. “That mindset changes your perspective about a lot of things. Living here makes you more cognizant of your fellow man–you can empathize better. And you learn to despise slumlords, big management companies and real estate ‘moguls.’ They’re just not decent human beings. I’ve been fortunate to rent from real mom-and-pop native New Yorkers over the years, and they’re the salt of the earth.”

The rawness of HEAP’s music feeds off the interaction from band members performing together and the immediate energy of audience approval. Since that’s been sidelined in 2020, the gigs and weekly rehearsals with band members, George Chambers (lead guitar, vocals), Paul Koenigsberg (bass, vocals), Frank Saitta (drums) have been decimated, which, frankly, ‘stinks.’

“Just even being able to practice–we still can’t in NYC. I just miss seeing the guys in the band. We really have camaraderie and love each other like brothers. It’s generally a lot of laughter and good times when we get together.”

“Gigs are a crap shoot in terms of “who’s gonna show up?”–sometimes we play to a handful of people, and other times, we’ve played really great shows where it’s been a great enthusiastic crowd. We still go from playing in little tiny dumps to decent venues, depending on who asks us to play. It is really something we all look forward to. You work all week at a day job and look forward to the dates when you can play for people…or even for just each other.”

It was the band’s rawness and honesty that led to their friendship with Eric ‘Roscoe’ Ambel (Yahoos, Steve Earle, Bottle Rockets, Chip Robinson) who produced the new EP, capturing as much of a live feel as possible.

“Roscoe is about serving the song. He likes to hear a stripped-down demo of the song, come by a practice after that for a little listening and pre-production. He’s a guy who is contemplative about music and does a lot of intensive listening–the band feels that way too. He conveys little bits of advice that seem picayune at the time and then turn out to be revelatory discoveries.”

Lead track “No Mas” is about things that are no longer around, while “You Remind Me Of Me” has a kicker of a chorus about people who are, well, ‘assholes.’ “When you meet people for the first time and take an immediate disliking to them, it’s because they remind you of the things you dislike about yourself. Often, these people will become some of your best friends,” Heap wryly notes.

Some may label it a throwback, but it’s a sound that’s always been there, with HEAP standing side by side fellow New Yorker Jesse Malin and SoCal’s Mike Ness and Social Distortion. For Heap, music doesn’t have categories. It’s more about attitude and how you approach the song.

“Music is pretty timeless. I like Fats Waller and Louis Jordan, the Young Fresh Fellows and the Kinks, and some little band playing in a dive that has chutzpah,” Heap says. “Rock ‘n’ roll has been around for a long time now, so I guess everyone is trying to reinvent the wheel. There’s only so many chord progressions and melodies out there.”

“Renting” was written by Heap fairly quickly a few years ago, and its thematic message is timeless.

“It pretty much came to me at once within a day, but then there was probably a lot of time editing it afterwards, kind of fine tuning the words. I think it was Shane MacGowan who said that he’s a lousy lyricist, but a great editor. His songs were great because he spent a lot of time re-working the lyrics. I tend to do that too.”

“I write most of the songs, but there’s definitely collaboration with the band on arrangements and everybody pretty much writes their own parts. Spontaneity is important. And accidents are great–they can take things in an unanticipated direction and give you little moments of discovery. That’s what’s rewarding about making music. Coming up with a song alone at home on an acoustic guitar–it tends to always change when the band starts playing it and chipping in ideas. It evolves over time. And you have to keep writing new ones or it gets stale playing the old ones.” 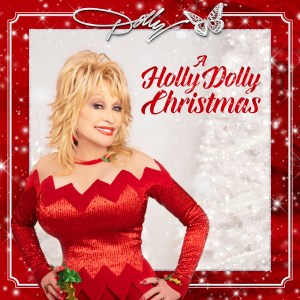 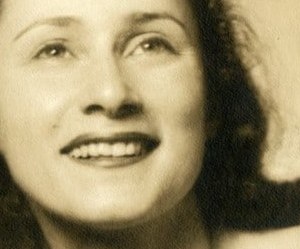