Hilton Valentine, the original guitarist for the influential ‘60s band The Animals, passed away in Wallingford, Connecticut at the age of 77, his record company confirmed today. His wife Germaine made the announcement, though no cause of death was revealed.

“We at Abkco have been privileged to serve as stewards of The Animals catalog and his passing is felt in a truly profound way by the entire Abkco family,” his record label, Abcko, posted.

Valentine’s iconic guitar arpeggios on the Animals’ classic “The House Of The Rising Sun” remain a rite of passage for all budding guitar newbies. Played on a Gretsch Tennessean he purchased in early 1962 prior to joining The Animals, the simple Am-C-D-F-Am-E-Am (with a slight variation) is precise and persistent in Valentine’s hands, eventually turning into an angry, cathartic strum.

His guitar playing was more than basic though. It was tight, fierce and served the song, infused with raw blues and played with primal emotion. His guitar parts were as integral to the Animal’s tough, ominous sound as lead singer Eric Burdon’s blues-soaked voice and Alan Price’s eerie organ.

“It’s My Life,” “Don’t Let Me Be Misunderstood,” “We Gotta Get Out Of This Place” “Boom Boom” and “I’m Crying” were go-to jam standards for young American teenagers when the British Invasion hit in 1964.

Bruce Springsteen famously recounted during his 2012 SXSW Keynote Speech how important the band was to his musical development. “To me the Animals were a revelation- the first records with full-blown class consciousness that I ever heard.” He also demonstrated in the speech how the lyrics for “We Gotta Get Out Of This Place” were “every song I’ve ever written.” Equally important for Springsteen was the riff in “Don’t Let Me Be Misunderstood,” which he re-shaped from a minor key sound to a major key and used as the theme for his song “Badlands.” “Listen up, youngsters, this is how successful theft is accomplished,” he joked.

Though Valentine nor any of The Animals band members were songwriters for any of the band’s major hits, it was their collective interpretation that ‘sold’ the songs and made them the rock standards they’ve become.

Valentine did go on to write an album of Donovan-influenced original material, “All In Your Head,” after he left The Animals, which went largely unnoticed. He also released music inspired by his early love of skiffle, which originally led him to pick up the guitar at the age of 13 in his native North Shields, Northumberland, England.

“What drew me to the guitar was seeing Lonnie Donegan doing “Rock Island Line” on television, on a show called the The Six Five Special,” he told Modern Guitars in 2006. “I wanted to play guitar after seeing that, and of course, after hearing Chuck Berry and seeing him do the duck walk.”

His playing caught the attention of Chas Chandler, Alan Price and Eric Burdon and, with the addition of John Steel, they formed The Animals. The band enjoyed tremendous success as part of the British Invasion before Valentine left the band in 1966.

In an interview with guitarist and journalist Tom Guerra for Guitar International, Burdon discussed Hilton’s importance to the Animals sound. “It really was Hilton who made the early Animals a rock band because I don’t think the element of rock was in the band until we found him. In those days, Hilton wasn’t just playing rock ‘n’ roll, he looked rock ‘n’ roll. Here was a guy with the greased mop of hair combed back, cheap leather jacket, winkle picker shoes, black jeans and a smile on his face playing through an echoplex, which was a secret weapon back then.”

Valentine was inducted into the Rock and Roll Hall of Fame with his former bandmates in 1994. In May 2001, he was inducted into Hollywood’s Rock Walk of Fame along with the other Animals and had a two-night reunion concert at the El Rey Theatre. 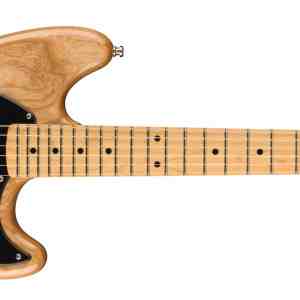 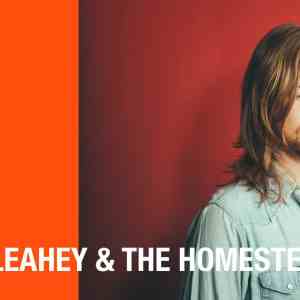