“We’ve been concerned about the divisive forces at work within this country that we love so much. We’re also keenly aware of the healing potential of music,” Foust tells American Songwriter about the project. “So, we spent a lot of time kicking around ideas about the best way for Home Free to use our medium to foster unity and hopefully facilitate important conversations.”

Released on June 25 via Home Free Records, the 10-track collection threads through the powers that connect us—covering patriotic tunes that conjure up congenial feelings of community and pride.

Land of the Free, he says, “is an album about America in all its imperfect complexity. And we feel true patriotism demands acknowledgment of our shortcomings in addition to a celebration of our strides. We carefully selected a mixture of songs that do both.”

Based on topic, style, and tempo, song selections for the track list were nailed down early in the process. According to Faust, there were only a couple of considered cuts that did not land a spot. The project features a few country classics like Brooks & Dunn’s “Only In America” and Bruce Robinson’s “Travelin’ Soldier”—which The Chicks brought to No.1 in 2003. The latter served as an introductory single for the project, with an accompanying video that flips the script in a modern way.

“When Austin [Brown] first suggested we cover this song, it had been years since I heard it–and to be perfectly honest, I had forgotten just how beautiful and tragic it truly is. After listening to it again, I was totally on board,” says Lundquist. “I know this one hits home for a lot of people—myself included. My dad was in the Army when I was born, and when my parents heard our version of this song for the first time, they both had tears in their eyes. Needless to say, there’s something really special about this song, and I’m so glad we decided to sing it.”

The album opens with Tim McGraw and Florida Georgia Line’s Tyler Hubbard’s 2020 track, “Undivided.” The well-suited entrance, penned by Hubbard and Chris Locke, is one of the more recent songs, but sets the tone.

Tracing back through time, Home Free brought Lee Greenwood onboard to record his new-age national anthem, “God Bless the U.S.A.” With the help of The United States Air Force Band, their hair-raising rendition marks the track as an album highlight.

Another notable team up comes a few tracks down, with Don McLean on his 1971 hit “American Pie.” The enduring, eight-and-a-half minute song has been covered by artists ranging from Madonna to Tyson Furry—but never with McLean himself. For half a century, the song has conjured up questions for listeners— ‘What was the day that music died?’

“The first time they’ve ever met me and have these burning questions, so they ask me questions and I treat them with respect,” McLean humbly shares in a behind-the-scenes video about their collaboration. “They don’t mean any harm. I’m here to entertain people, make them feel good. They aren’t there to make me feel good…they’re not trying to torture me.”

Jeffrey East also joined the group for a performance of “People,” the 2019 song he wrote with James Ryan Plappert and Michael White. Foust says, “We’re fortunate to have formed a brotherhood with Jeffrey East, a truly gifted singer-songwriter. He will occasionally give us previews of his latest originals, and we instantly fell in love with ‘People.’ When he asked us to record it with him, we jumped at the chance. And we were all in agreement that it was a no-brainer to include it on this project.”

Lyrically, “People” serves as a thematic centerpiece of the album: From a million miles away / we all just look the same. We’re all just people.

The title track, a standout original, penned by Foust and Chris Chatham, echoes the lyrical sentiments of their predecessors, whom they honor in their covered tracks. Closing on a high note, Home Free offers an energizing rendition of Bruce Springsteen’s iconic “Born In The U.S.A”—a universal communion offering.

Their hope, Foust says, is that Land of the Free is “a step in the right direction, toward our forgotten common ground.”

Listen to Home Free’s new album, Land of the Free, here. More information and tickets for their upcoming tour are available on their website. 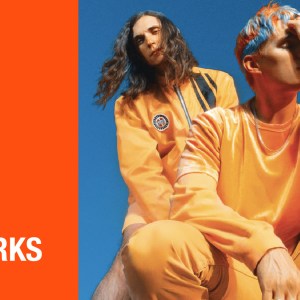 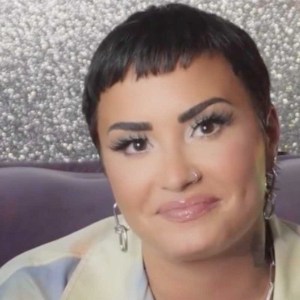