Through a mutual friend, American Songwriter was introduced to Cody Fry. Fry — if you haven’t been following the viral trends — blew up when “I Hear A Symphony” became the next internet thing.

Fry told us this very wild story regarding the song — one that he buried on the end of an album in 2017 — all of a sudden becoming a viral sound and his life getting turned upside down from his spotify streams going crazy to labels calling him non stop.

It was inspiring that he really seemed to overstate his lack of awareness of TikTok (he doesn’t have kids, so…) prior to it catapulting him.

Here is how he described the recent wave, In His Own Words:

Going viral on TikTok feels like getting struck by lighting. My song “I Hear a Symphony” has exploded in recent weeks and no one is more surprised than me. Let me explain.

Like many indie artists, I keep pretty regular tabs on my Spotify streaming numbers (any artist who says they don’t do this is lying). In early February, my song “I Hear a Symphony” jumped up inexplicably to 10k daily streams—double it’s normal baseline. I didn’t think much of it; I didn’t notice any additional traffic on Instagram, I figured it must be some fluke. A few weeks later, it hit 40k. The next day it hit nearly 100k. I finally said to myself, “all right, I’ve gotta figure out what the hell is happening.”

I tried to look around but found nothing on Instagram, nothing on Twitter/Facebook. It wasn’t until I logged into YouTube that I started seeing a lot of comments mentioning “TikTok.” I had heard of this app, but only that lots of teens use it and Trump wanted to ban it or something.

Sensing that this could be the source of the streaming spike, I downloaded the app and created an account. It took me an embarrassingly long time to figure out how to search things, but as soon as I searched “I Hear a Symphony” my jaw hit the floor. Hundreds of videos, millions of views. Anime fans editing together montages of their favorite clips, girls in dresses spinning around literally *frolicking* in meadows—it was all so weird and amazing. I honestly teared up several times.

Meanwhile, Spotify insanity continued. “I Hear a Symphony” made it to #2 on the US Viral 50 chart and top ten on the Global Viral 50 (still true as I’m writing this), charting in dozens of countries all over the world. Spotify added the song to several playlists, including one dryly named “big on the internet.” It was surreal.

Even more surreal is that “I Hear a Symphony” is a pretty strange song. It has 3 verses and no chorus, just an orchestral melody that serves as the interlude between each verse. The song had a special place in my heart, but I thought it wasn’t very commercially viable which is why I made it literally the last track on my album Flying. It was one of those songs that was just for me; I never expected anyone else would listen to it in any real numbers. Not to mention that the song was released in October 2017! Promoting a brand new album, the last thing I expected was for one of my obscure songs from 3.5 years ago to spontaneously combust.

The velocity of TikTok is like nothing I’ve ever experienced in my career. It’s too soon to know how everything will shake out, but I have a feeling that I’ll be able to look back and honestly say that fans on TikTok changed my life.

Check out Cody’s latest, below. 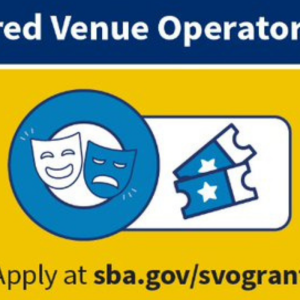 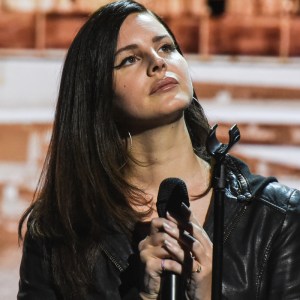