Everything musical started early for Mark Foster, front man for the now-platinum-certified band, Foster The People. But more accurately and acutely, everything musical stated with simple, pure sonic vibrations. Before he’d even turned three-years-old, Foster’s parents found him with his ear pressed up against the family upright piano, pushing his index finger down one note at a time as he worked his way along the keys chromatically. A few months later, Foster performed his first recital. In fourth grade, he was working with the Cleveland Orchestra in the children’s choir, exposed to the inner-workings of professional musicians and high standards of performance. Today, all that experience (and much more) has paid off for Foster, whose group is set to release its latest EP, In the Darkest of Nights, Let the Birds Sing, on Friday.

“I remember I started playing the guitar the week I heard ‘Smells Like Teen Spirit,’” Foster says. “When I got home after hearing it, I tried to figure it on piano by ear. I asked my dad, ‘How come this doesn’t feel the same?’ I didn’t understand how it didn’t have the same feeling. My dad said it was because it was played on a guitar. So, I said, ‘I need to play guitar then!’ That was another milestone moment for me.”

The Grammy-nominated group’s forthcoming, six-song EP, which was recorded musician-by-musician during quarantine and is the first the group will put out independently, is eclectic, musically, but tied neatly, thematically. Everything on the album has to do with the concept of love and most of the songs are about the love between Foster and his wife. The two married a year ago.

“I think this EP is really a reflection of everything Foster The People has touched on sonically from the beginning,” Foster says. “It spans genres, pulls from different areas of music. The songs, lyrically – it was important for me to be really authentic. Love is arguably the most powerful thing on earth. All these songs are about a different facet of love.”

Foster says he began the writing process for the new album two years ago, early in his relationship with his wife. The image of a Cadillac entered his mind with the vision of driving it into the great unknown with his future bride. Also incorporated on the album are songs about the beginning of a relationship, sexual tension, passion, home, confidence and a hope to grow old together. One song, though, is an outlier. “Lambs Wool” is about the love for a relative who has passed away (in this case, Foster’s uncle).

“In general,” Foster says, “it’s about love and the different facets of what love can look like. That’s the core of the album, love and connection.”

While Foster is known for his crisp, clear vocals on tracks like “Pumped Up Kicks,” at first he ran from that gift. Influenced as a teenager by groups like Alice In Chains, Nirvana, Pearl Jam and Soundgarden, Foster says he wanted some of that same signature grunge grit and gravel in his voice. He would mimic those famous bands’ front men, trying to get that tone to his throat. Yet, this ambition differed from his early days working with choirs and the Cleveland Orchestra in fourth grade. Finally, though, while living in Los Angeles and about to turn twenty-years-old, Foster realized what he had been running from was what he should be running toward.

“I realized,” he says, “that the thing I was so insecure about was my strength the whole time. Instead of trying to emulate other singers, I realized the purity in my voice is what sets me apart.”

As a young, aspiring rock musician, Foster says he cycled through his fair share of bands along his journey toward prominence. At one point he left a group and promised himself he’d never be in a band again. He’d left with a bad taste in his mouth. But, along the way, he learned a lesson: chemistry in a group matters. So, with this in mind, as he wrote new songs and thought they’d soon fit a band, Foster began to think about players who would mesh together.

“I was waiting,” he says. “If I was going to put a band together, I knew it needed to be with the right people and right personalities. That was really important to me. Before then, I put bands together with session guys who were talented but I didn’t put a lot of thought into how the personalities would gel together.”

To be an artist – even a famous one – requires vulnerability. To mine one’s energy and spirit to make work that people will bond to it with a personal connection requires an open, exposed heart. Therefore, to exhibit one’s self in this way requires a type of creative and personal safety. Establishing that, Foster says, has been paramount in his burgeoning career.

“If you’re not aligned as people,” Foster says, “it can be really hard to open up and be vulnerable with the person in the room, especially when you’re working out songs and writing songs. Because it’s a place where my inner-child is very innocent, that tiny little version of myself that lives in my heart has to feel space to come out and play – that’s where good ideas come from. So, the room has to feel safe.”

Foster, both as a musician and as a person, is introspective. He’s constantly trying to rectify his impulses, ambitions and appreciations with an idea of what’s right or fundamental. He’s always searching and that led him to his wife, which has proven an essential discovery. Finding that connection has allowed Foster to toss away past crutches and stand tall in his individuality as he participates in the ever-luminous, ever-changing art form of song.

“It makes sense,” Foster says. “That certain types of music and wavelengths resonate on the molecular level. It makes sense music can be used for healing, or for destruction. That’s the power of it.”

Get It Digitally!
Buy from Amazon 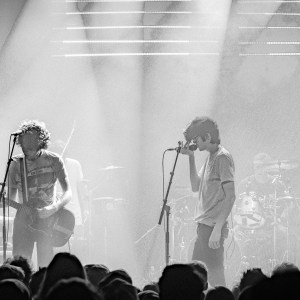 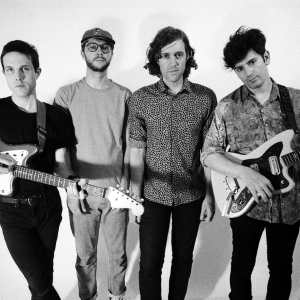