And the Grammy Award-winning artist shared with each of them on Tuesday (May 24) her desire for gun reform.

The tweet comes in the wake of a school shooting in Uvalde, Texas that has left 19 children and two teachers dead at the time of this writing.

Sharing a video from the coach of the NBA’s Golden State Warriors, Steve Kerr, who heatedly called for common-sense gun laws ahead of the night’s playoff game, Swift stated on Twitter that she agrees with coach Kerr, whose own father was murdered decades ago with a gun.

Wrote Swift on Twitter, “Filled with rage and grief, and so broken by the murders in Uvalde. By Buffalo, Laguna Woods and so many others. By the ways in which we, as a nation, have become conditioned to unfathomable and unbearable heartbreak. Steve’s words ring so true and cut so deep.”

Swift and Kerr’s sentiments were echoed by many on Tuesday, including NBA star LeBron James, award-winning entertainer Bette Midler and many more.

Said James, “There simply has to be change!”

Said Midler, “WHAT IN GOD’S NAME ARE WE DOING? THIS HAS GOT TO CHANGE! THIS NATION IS FULL OF PEOPLE WHO CANNOT CONTROL THEIR WORST IMPULSES AND THE INNOCENT ALWAYS PAY THE PRICE! DON’T SAVE FETUSES ONLY TO HAVE THEM DIE AT SCHOOL BECAUSE YOU LOVE YOUR GUNS MORE THAN LIFE! FOR SHAME!!”

Yet many remain hopeless after numerous Texas officials, including Senator Ted Cruz, have called for arming teachers or putting armed cops inside schools, rather than look to reform.

Swift’s tweet was the first for the artist since January when she responded to criticism from Gorillaz frontman Damon Albarn, who claimed she didn’t write her own songs.

Some 10 days ago, America dealt with another mass shooting in Buffalo, New York, during which the gunman intentionally targeted Black Americans in a grocery store. Around that same time, a church in California was shot up. That’s just this month, with others reporting that there have been more mass shootings in the U.S. this year than days. 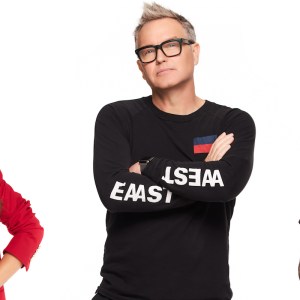