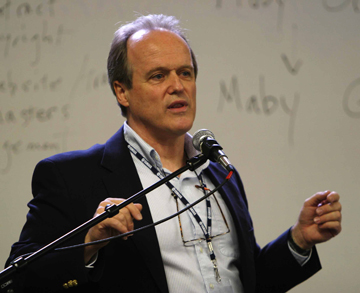 When songwriters (say, the guys behind Jib Jab’s irreverent song-and-dance cartoons) are accused of taking liberties with someone else’s song (say, Woody Guthrie’s “This Land Is Your Land”), E. Michael Harrington is the sort of person who gets called in to determine whether anything untenable has gone down. That is, he’s an expert witness in matters of copyright infringement (and law and history and music theory), and he’s written and spoken plenty on the subject. There is no off-season to intellectual property disputes, but, thankfully, there is to college professorship. (Harrington is currently on the music faculty of New Jersey’s William Paterson University; before that, he was at Belmont University in Nashville). And that’s, no doubt, why we were able to get him on the phone on a weekday morning.

Country music publishers are telling me just getting a cut on an album isn’t profitable enough anymore. Does that sound right to you?

I think that’s generally true. Things have changed. People don’t buy as many CDs. The role of music is changing, and how we get it, how we use it, why we use it, where we use it—all these things have changed rapidly. The old-fashioned model of getting a song on an album, and that album’s going to sell millions is doubtful for all kinds of reasons. With physical outlets, so many have just died. But on the other hand, there’s more need for music and there’s more consumption, and there’s more music in more places. One of the problems is “How do you monetize it?”

What are music publishers shifting to in terms of business models?

I think one of the first things you’ve got to do is get it out and get it known. I think publishers now have to just do everything they can to get a buzz. Being aware and having a presence on Twitter, as well as Facebook, MySpace, these sort of things. I think you’ve also got to give things away. That silly notion that the RIAA still tries to sue people over downloading songs…that’s just wasting everyone’s time. It hasn’t worked. I think what publishers would have to do is just take advantage of all these things, work with them. Don’t say, “Uh oh, there’s twenty thousand downloads we didn’t get paid on.” I bet that’s true. But, OK, how do you fix it? Try to take advantage of these same things that are robbing you. Use them to get paid, or to get known.

Bios of rising artists are touting song placements on TV and commercials as indicators of success, not radio airplay. Does it seem that other forms of licensing are supplanting radio airplay in importance?

I don’t know if they’re supplanting them. They’re certainly supplementing them because there are so many other ways to get known now. You look at State Farm insurance, how they’re partnering with Latin bands and other musicians just to say, “Hey, we want that identity with our insurance, and we want to reach this kind of audience.” Or Bacardi rum and other corporations that want a music branding. Why shouldn’t the artist also be looking into that? Why not try to push more things towards Apple? I mean, Apple seems to be getting artists known—a few—and some writers as well. But I think you have to look at how you’re getting music into games, into ringtones, just all kinds of other ways.

Are there different standard royalty rates now for MP3s and for ringtones? Have all those been settled? 24 cents for ringtones. Some of it’s still not settled. Webcaster rates, those kinds of things. I don’t know that it’s too set yet. The other thing is when it comes to a contract, the contract can always say, ‘OK, I know the law says this, but you and I are going to agree that it’s this, three-quarters of the rate.’ It’s called a controlled composition clause, and that’s still going to go on.

Is there any standard for how digital music websites pay royalties?

Part of it’s based on the size and how many listeners there are, which is the digital model as opposed to the old days. A lot of that’s still just a mess and it’s changing and not standard yet. Actually, artists in the future, it seems like they will be paid someday for terrestrial performances. But that’s another thing; songwriters and artists are often at odds with each other, because songwriters have been paid forever. But now what’s going to happen when other musicians on the recording are paid? Will that take away from songwriters? Will it mean that radio’s going to protest because it’s like, “Oh no, we have to pay even more now to promote your music?” And the NAB [National Association of Broadcasters] often views it as that: “We’re doing promotional work for you.”

It seems like with such a high royalty rate, ringtones could be very lucrative.

Oh yeah. I think it’s crazy not to take advantage of it. I remember hearing Terry McBride of Nettwerk, he was talking about Avril Lavigne. He got her to sing several of her choruses, like, “OK, now I want the one in Mandarin!” Try doing that on a hit country song, or any hit song. The ringtone market in China is gigantic. There’s a lot of piracy of the physical product of the CD, but it is common there for ringtones to sell 5 million, 10 million. Some have sold 20 million. In the United Sates you’re lucky if you get a million people buying a ringtone.

And someone overseas may also end up re-recording an artist’s song.

Right. This is something I care about a lot, the idea that when you write something and you release it, whether it’s the song or the sound recording containing that song…I think you’ve got to also release a lot of control and let people go break the law by making unauthorized derivatives; to chop it up, to filter it, to do various things with it. See, if you can do some deals with those people who are messing with your music, rather than trying to say, “Hey you’re breaking the copyright act, title 17 United States code. You’re making an unauthorized derivative work. We order you to stop.” No, try to deal with it. Let people create unusual versions. I think that could be a really lucrative market.

So it’s not a question of what one thing will replace the old model, but what things are replacing it.

Oh yeah. I don’t know when we’re going to get to a point like we were in 1990. No one thought, “It’s going to end up in your computer.” All this stuff’s going to happen and the law is so behind. And then you get the content creators always standing in the way. They’re always fighting technology. The RIAA, if they had their way, there wouldn’t be an iPod. I think I’m always going to be on the other person’s side because all these technologies have been sued—VCR, radio, TV. Everything was the end of the world as we know it. New technology threatens business, and then later on it becomes business. 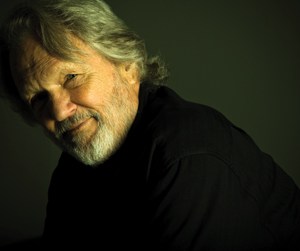