At five-years-old, Sophia Regina Allison, better known as the singer-songwriter, Soccer Mommy, understood that she wanted music to be in her life always. Allison, who started playing then, saw her dad strum the guitar here and there but he wasn’t a professional musician. A professor, he’d moved their family to Nashville from Switzerland when she was just one-year-old. By pure serendipity, Allison, whose mother was a grade school teacher, was now smack-dab in the center of Music City. She went to a performing arts high school and, later, in college at NYU, studied music business. But instead of graduating, Allison decided to drop out, move back to Nashville and sign a record contract. She’s been releasing popular music under her moniker ever since, including her acclaimed 2020 LP, color theory, and the latest music video for her new single, “crawling in my skin.”

“I wanted to do music as a career since I was five,” Allison says. “When I was going off to college, I was like, ‘But that seems a little bit ridiculous. I know I want to do it forever, I know that. But maybe I should focus elsewhere.’”

Sometimes it can take a little convincing before a person (read: an artist) totally believes in their strength, creative power and vision. Thankfully, for Allison (and her fans), she began the process of discovering her voice and her connection to fans early on. During her first year of college, she began putting songs on her Bandcamp page. She did it “just for fun” but she began to continuously grow a fan base. One by one, download by download.

“It was weird,” she says. “I guess I didn’t realize what was happening when something did start to happen. At first, I’d post on Bandcamp and maybe two people would buy it or download it. And then eventually it would start to be twenty people and maybe I’d get a comment.”

Even after signing her record contract, Allison says, it took some time for her burgeoning career to sink in. She signed the deal with Fat Possum Records in Memphis, a label that traditionally released blues music but has since turned its focus to younger rock bands. Soon after, she began to tour. It was only then that the reality of a career in music hit her, sinking in.

“A lot of stuff started happening,” the now-23-year-old Allison says. “I got an agent, stuff started to take off. That summer, I decided to take a break from school to see how it would go. Obviously, I never returned.”

Living in Nashville, Allison says, offers the songwriter proximity both to her family, who still live there, and the music industry, itself. It’s a town she’s known her whole life and one she appreciates, she says, especially after having seen the ever-churning New York lifestyle, which she left.

“There’s a lot of stuff that’s changed here,” she says. “But I still do love it, which is why I still live here. There’s something really homey about it.”

Allison released her first Soccer Mommy LP in 2018 and followed it up with color theory in February, a month before the world changed as a result of the COVID-19 pandemic. Today, she says, she’s almost finished with writing another full-length –  though, of course, no tracks have been recorded yet. Releasing a new record these days can require some thick skin. Putting vulnerable work out into a world that can offer immediate feedback from millions. And this, of course, can be daunting, to say the least. Allison, though, already navigates the terrain well.

“The first week is the hardest,” she says. “When you’re getting feedback from everybody. I guess it’s different for each album but when you make something that’s very personal, anything negative can make you feel like people didn’t get it or that, like, I shouldn’t bother spilling my guts. But you get over that and then it’s back to working.”

In recent months, Allison (and Soccer Mommy) has embraced several whimsical, new, technology-based ways to spread her work. She has created Soccer Mommy Zoom backgrounds, undertaken an 8-bit music video tour and, more recently, co-released two remixes for her songs, “crawling in my skin” and “circle the drain.” At the same time, Soccer Mommy continues to write music that’s often rooted in guitar playing, a more traditional and analog method of making music. But, for Allison, that’s just what she likes about the art form: it’s versatility. Even in an historical era when social and political uncertainty floods the ether, music can help stave off the worst and allow for better.

“Music can complete a feeling,” Allison says. “It can be calming; it can be for when you want to go out to a party. It can be for anything. It can fill in any moment.” 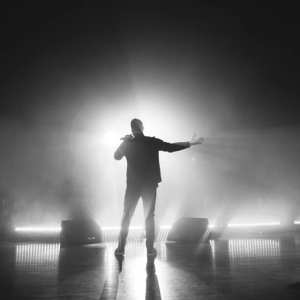 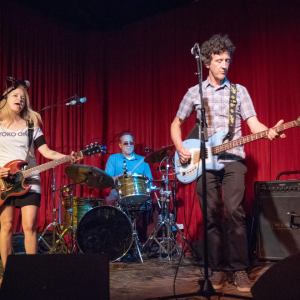