By December 2016, Nick Thorburn put the lid on Islands. There was no big announcement or “farewell” tour, save for two shows—one in New York City and a second in Los Angeles—capping off the 10-year anniversary of the release of the Canadian band’s debut Return to the Sea and following the release of their sixth, Should I Remain Here At Sea? and seventh Taste albums.

“This seemed like a perfect time to put a cap on things and close out the circle,” says frontman Thorburn, who left Islands behind, switching gears to work on television scripts, scoring films, radio, and write on a graphic novel Penguins (Fantagraphics).

Detaching for a few years, Thorburn was initially set to retire from music for good, then he ended up writing Islands’ eighth album Islomania.

“In the last couple of years, I started to catch that bug again,” says Thorburn. “I started to feel that pull towards writing and songwriting, and as I started writing the songs, I started going to the studio. Then it started to take form, and I thought, ‘Okay, I guess this is going to be an Islands record.'”

Inspired by time travel (namely Thea Lim’s 2018 novel An Ocean of Minutes), avant-disco and some deviant island rhythms, Thorburn enlisted outside producers—a first for Islands since their third album Vapours in 2009—with no deadline in place for Islomania since the band completed the previous two albums within a three-week timeframe. “I knew if I’m going to make another record, I want to take my time,” shares Thorburn. “I want to do sessions and have this feel kind of incremental, like I’m just slowly chiseling away.”

Voraciously writing, Thorburn had 40 songs by March 2019 and wrote the final, mid-point track, “Set the Fairlight,” by June 2020.

Playing with Stroud was a highlight for Thorburn, who has also started a side project with the guitarist called The Creem. “That’s what making a record should be,” he says. “It should be cathartic, and indulgent, and exuberant, and I was trying to capture those feelings, even if the lyrics are a little sardonic or satirical. It’s a little grumpy, but it’s also playful. I’m essentially telling the listener to shut up and dance.”

Islomania dances in and out of the dark ends of Thorburn’s lyrics. In all, Islomania moves through vulnerable states, personal contemplations, and more intimate intentions of “(We Like to) Do it with the Lights On,” off the calyspo clip of the title track opening, the pop spectrum of “Carpenter – Prism Song,” and island-drenched apocalypse of “Closed Captioning.” Midway, “Set the Fairlight” shifts Islomania, subconsciously viewing anxiety from all its jagged edges in, From an echo in the concert halls/ To the cemetery walls / There ain’t nothing I can do / To get next to you, through the alt-disco of “A Passionate Age,” a dance-y ode to modern life tribulations, loosened by “Natural Law Party,” the synth soothsayer “Never Let You Down,” and spirited close of “Gore.”

“Gore” is more hopeful in its end—Swim / That’s what they tell you / If you believe the verse / I’ve got a bridge to sell you—than the dismal Should I Remain Here At Sea close of “At Sea,” which Thorburn says was indicative of the end of Islands. “It’s an open question how that album sort of leaves off,” he says. “It sort of feels like I’m not coming back, which I guess I’ve always teased throughout my songs, and the push and pull of that, so I’m in a bit in conflict with whether it should I stay, or should I go, as The Clash more eloquently said.”

Rarely reflecting too long on the past, Thorburn prefers to move forward, adding that when the band did their final two shows in 2016, it was to honor their decade together but also the end of a sour deal with a Montreal label, and the retrieval of the band’s music. “I was finally reclaiming the rights to my music,” he says. Material in tow for two more Islands albums, Thorburn says the next one is a response to Islomania, while the third record is more of a “ragged,” live band album.

“If this record is ‘Islomania’ on Saturday night, the next one is the Sunday morning,” says Thorburn. “It’s a little darker and a little gloomier, just to balance things out.”

Thorburn adds, “Something that is a through line in all of my work is that I can kind of straddle this line of playful and dark, whether the music is buoyant and uplifting and propulsive, rhythmically, or the lyrics are kind of grim and ghoulish or vice versa… I love that tension between the two opposing sides.” 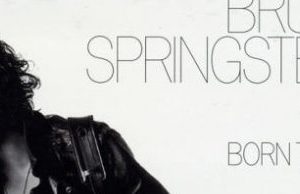 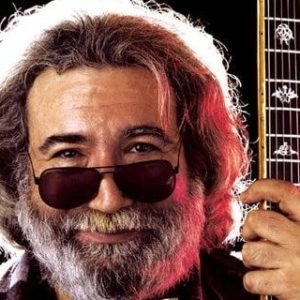