Jack White is pissed off.

“Congrats America! Let’s start at the beginning; life isn’t black and white, but it is in a two party system!” White began. “That concept allows the chance for one of the parties to promote a professional wrestler of a ‘politician’ with absolutely no experience in govt., who cares only about his own ego, who uses christianity (of which he isn’t one) to propel his career at the expense of those christians (and the rest of us all), who uses patriotism as a dog whistle for racism and fear etc., and all of this goes unchecked because the OTHER party doesn’t have enough of a majority to keep this person from slowly destroying any progress we’ve made in this country.

“So then this is what happens: the two-party system by proxy puts this clown in a position to pick THREE conservative supreme court justices, THREE. And now these three judges, completely disinterested and unaffected by what the actual majority wants and needs, have just taken the country back to the 1970s to start all over again fighting for women’s rights. I can’t beleive i just typed all of that out and it’s all true, is this a bad movie?

“Congrats republicans, you beat hillary (yeah! fuck free health care too!) so that this unchecked egomaniac could take us down the worst, regressive path to the point of an insurrection in our capital building threatening the lives of the vice president and congress members, and in turn made our govt. an embarrassment to the entire world (of which you’re all still living in fear of his ‘wrath’ and STILL defending this monster.) yeah!

“You and your Ar-15’s are one step closer to heaven! Congrats democrats, your weakness in allowing trumps illegal activities to go unpunished during his entire term lead to this. Fillibuster anyone? Your ‘majority’ in govt. is useless. Rewind the tape to how we got here, a third political party of ANY shape or platform breaking up this left/right, them/us nonsense would’ve prevented this before it even started. Think about it.

“Well trump, you took the country backwards 50 years. I hope your dad is smiling and waving down on you from heaven, while his other hand holds a record of all the abortions you secretly paid for behind closed doors. -jack white” 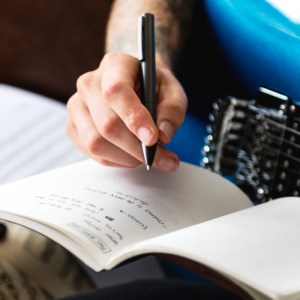