The two simple words —Tip Jar—had sat idle in singer/songwriter Jackson Michelson’s phone for years, waiting for some sort of hook or inspiration, some way that the words could form a song, some sort of moment in time when the two words would finally start to make some lyrical sense.

And then, the pandemic hit.

“I had brought those two words into so many different writes through the years, but I was just never sure how to go about it,” recalls Jackson Michelson to American Songwriter about his current single, amply titled “Tip Jar.” “But then the pandemic hit, and it was like I had the time to really connect to the words and figure out what I wanted to say.”

And what the Oregon native wanted to write and eventually perform was a fun, breakup song about going out to some crowded bar somewhere in an effort to get over someone by creating some memories with someone new. And it’s this realization that came when Michelson found himself off the road, in quarantine with far too much time on his hands.

But it was time that he can now appreciate.

“Songwriting in Nashville can move so fast,” he reflects. “You are building tracks right there in the room, often relying on each other and not relying on yourself as much. But then the pandemic hits last year and all of a sudden, I had the time to go through the hundreds of voice memos I had started and had never gone back to. I started trusting myself and trusting my instincts and, this was one of the songs that finally came to fruition.”

Music in itself has long inspired the life and career of Michelson, who began writing songs as soon as he could play a handful of chords on the guitar he got on Christmas.

“I remember as a kid singing and writing some major heartbreak songs on that guitar back in the day,” laughs Michelson, who has racked up a total of more than 15 million total on-demand streams as of late. “I also grew up in the church. When I got tired of singing the same old songs, I would just go and write some of my own.”

As the years went on, Michelson would take a job selling merchandise for his older brother Paul Wright, who established himself as a Christian artist back in the early 2000s.

“That view from the merch table taught me so much about the importance of having a connection with your audience,” Michelson remembers. “They are never just there to hear you sing your songs, they are there to connect with you.”

And it’s this connection that Michelson effortlessly makes through the relatable lyrics of “Tip Jar,” a post pandemic anthem made for anyone looking to head out to their local bar to get over some good ole heartache.

“It’s a song I feel like every band on Broadway is going to want to play,” laughs Michelson.

But like everything else lately, writing the song still felt a little odd.

“This song was one of the weirdest co-writes I have ever had,” Michelson laughs at the mere memory he shared with “Tip Jar” co-writers Patrick Mencel and Justin Morgan. “Patrick (Mencel) was an hour late to the Zoom. (Laughs.) I think he was at the bank or something, but the words were just falling out of me. I was bouncing stuff off of Justin (Morgan) and by the time Patrick (Mencel) jumped on, we were able to finish the song in 30 minutes. We were done.”

Or so they thought.

Upon further inspection during the recording of the demo, Michelson and producer Jeff Pardo began to realize that the song could use some more work.

“I was like, ‘I think the second verse needs work,’ and he was like, ‘I think we could beat it,’ so we went and rewrote it right there in the studio,” remembers Michelson, who has shared the stage with everyone from Blake Shelton to Lee Brice to Old Dominion.

And it’s in that second verse that Michelson throws out some lyrical shoutouts to some of his very own musical heroes, including the legendary Bon Jovi and Tom Petty.

“I remember going to the Tom Petty concert at The Gorge in Washington when I was in the ninth grade,” recalls Michelson, who was also featured on For King & Country’s country collaboration of their hit song “Together” alongside labelmate Hannah Ellis. “I was sitting in the cheap, cheap seats, and they played the beginning of ‘Mary Jane’s Last Dance,’ and it was just electric. I mean, the way that intro pulls you in. There was no way to not sing along with it. There was a connection, and it’s that connection I will forever want to make with my music too.” 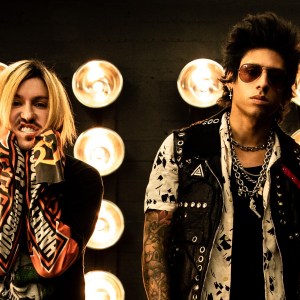 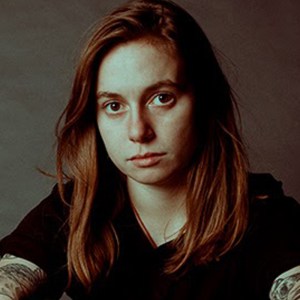