“Everything old is new again,” might be a cliché, but there’s a lot of truth to that statement concerning music. Brooklyn’s Daptone label featuring raw soul acts like the late Sharon Jones and Charles Bradley and, as of 2016, The James Hunter 6, is a perfect example.

Not only has the imprint focused on recording ’50s- and ’60s-inspired R&B, but in Hunter it has its first UK artist, one with a decidedly glossier slant. You won’t confuse this Nick of Time with the similarly-titled 1989 Bonnie Raitt release when the percussive rhumba/cha-cha beat kicks in on the opening “I Can Change Your Mind.” Hunter’s boyish croon transports you back to a simpler, less disruptive era when teenagers danced to jukebox hits and shared milkshakes at the local malt shop.

It’s not just the beguiling bygone vibe, the soulful, syncopated horns, or even the genial, suave vocals that make Hunter’s music so instantly likable. Rather it’s how meticulously the 13 compact songs are crafted. From the lovely “Who’s Fooling Who” to the Brubeck “Take Five” lick that opens “Till I Hear It From You,” the jittery “In Crowd” syncopation of the sly “Ain’t Going Up in One of Those” and the sweet Sam Cooke groove of “Take It as You Find It,” each selection finds its rhythmic center with effortless grace, poise and charm.

Daptone co-owner, producer and chief engineer Gabriel Roth (aka Bosco Mann) understands that less is more, keeping these crackling gems stripped down in a mono mix that sets the retro mood. Yet it’s Hunter’s sharp melodic sense propelled by a voice that shifts from gritty to smooth and an overall love of this soul stew that makes these tunes soar. His obvious joy and dedication to this classic approach is contagious and the secret sauce that makes Hunter’s seventh release arguably his finest. 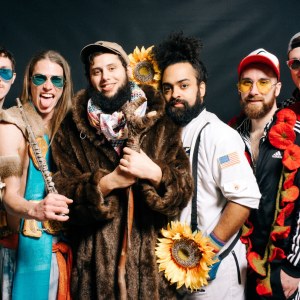 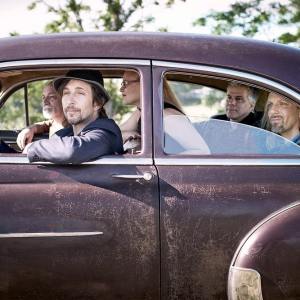