I’ve spent exactly one night in Nashville, and from what I can remember, that night started out a lot like the scene depicted in Janet Simpson’s new video for “Nashville Girls,” premiering below: very silly, and very sloppy.

“Nashville Girls” is the swaggering lead single off the Birmingham singer-songwriter and multi-instrumentalist’s forthcoming album, Safe Distance, due in March. The accompanying flick—co-directed by Simpson and her friend Chance Shirley—is a karaoke montage that harkens back to the pre-Covid bar-hopping shenanigans of yore. The song, meanwhile, is about feeling out of place in those very settings.

“I ain’t one of these Nashville girls,” Simpson drawls in the sultry Americana cut. “They hold their hats and smile so easily, tattoos and bubblegum, worldly and naive / Their sidewalk stares and gentle quiet ways idling easy as a breezy summer day.” Eventually her vocals give way to a psychedelic guitar solo that doubles as an outro.

“I think most people probably know the feeling of being in a crowd and feeling like the oddball, or feeling invisible,” Simpson tells American Songwriter of the track. “I’ve certainly always felt this way… but you get to a point where maybe you can just own it instead of wishing you could be more like those girls who seem to work so hard to catch everyone’s attention.”

The video features members of a real-life improv group called Gladys. “I was a MTV fanatic as a kid, pretty much from the first day it aired, but my favorite music videos were usually the silly ones,” says Simpson of her inspiration for the production. “Chance Shirley approached me after I played a show one night about the karaoke idea for this song, with me and my band playing the earnest foils in the karaoke prompt screen. Chance and I have made a lot of music videos together. For this one, I enlisted the help of my friend Michael Greene, whose improv group, Gladys, was in the middle of leading a class. Greene, his Gladys partner Tim Casper, and their improv students participated in the video, which was shot on March 9th, [2020], just before the pandemic sent everyone into lockdown.”

Safe Distance will arrive later this spring as Simpson’s first solo album since 1997. In the interim, she’s been involved with a handful of other projects, most notably Delicate Cutters (named after the Throwing Muses song). Going into her new solo effort, Simpson communed with her adolescent self. “I told [engineer] Brad Timko that I wanted to avoid the common trappings of Americana recordings to help me make different choices,” she says. “So no pedal steel, but instead let’s look at the floppy disks of samples we have on this Roland W-30. I wanted to reference some of the music I really loved when I first started trying to write songs in fifth grade. At that age, I loved things like Bob Dylan’s [1989 album] Oh Mercy and The Bangles’ [1984 debut] All Over The Place. In the end, it sort of felt like I was making the album that fifth-grade-me would have wanted grown-up me to make.”

Simpson plucked the title Safe Distance from one of the album’s most meaningful tunes. “I’d just started tracking for the album around September of 2019 when the song ‘Safe Distance’ came together,” she recalls. “One thing that kept coming up kind of coincidentally in conversations around the time I was recording was the Rattlesnake Rodeo in Opp, Alabama, which is where my dad grew up. Seeing all those rattlesnakes stacked in cages on street corners in Opp was very formative for me as a child. My friend Michelle had done this great fabric piece about the rodeo, which you will see on the album cover. ‘Safe Distance’ became sort of the centerpiece of the album for me in a way, and I knew I wanted to call the album that as well. Along with reflecting on the influences from my childhood, I was writing songs about the rules of being a grown-up (and how I dislike them), embracing my age with as much humor and self awareness as I can muster.”

The Birmingham musician is joined on the record by guitarist / vocalist Will Stewart (with whom she also fronts the band Timber), bassist Robert Wason, and drummer Tyler McGuire. “The rhythm section—Robert and Tyler—are the same guys that we play and record with in Will’s [other] band, and the same people who back the two of us as Timber,” Simpson notes. “These guys know how to read a song almost instantly, and help it come to life with few exchanges of words or direction from me. Will helped with guitar tracking—and moral support—and I recruited my longtime friend and sometimes bandmate, Jody Nelson (of Through The Sparks) to throw a solo on a track.”

“Nashville Girls” is out now. Safe Distance is out March 19 via Cornelius Chapel Records. 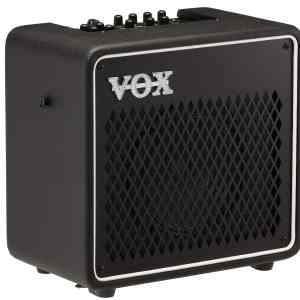 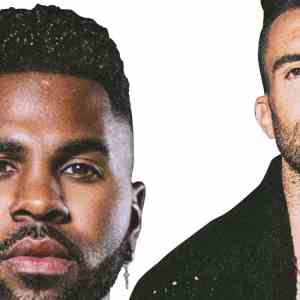