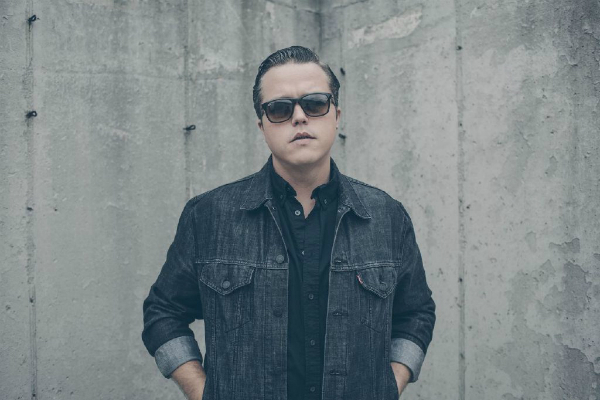 A native Texan whose first handshake with Willie Nelson came backstage at the Cactus Moon in Abilene my freshman year in high school (and after an hour long delay because Willie was laid up on the latest incarnation of The Honeysuckle Rose getting stoned with another Texas outlaw of a different sort, my grandfather, Billie Sol Estes), I admit it takes a lot to get me out of the house these days. In fact it takes a hell of a lot. To get me out to 6th Street on a Friday night takes damn near a miracle. Or Jason Isbell and the 400 Unit.

There was, however, a bit of a problem. During a rare lull in the cock and bull session in which I was engrossed at the Hill Country Humidor in San Marcos, I was disinterestedly perusing a weekend funtime rag when something caught my eye: Jason Isbell and company were indeed coming to Austin town, but would be taking the stage at The Belmont about the same time Steve Earle was going to be holding court with The Dukes at The Paramount. For all the love I have for Townes’ one time understudy and for all my golden, Reagan Era memories of riding around Abilene in my mother’s jet black ’82 Stingray with “Guitar Town” blaring off the tape deck, ditching the Archduke for Isbell, by comparison a young, upstart poet, would be a tough call. Above anything else, I am a philologist, a lover of language and letters, and Earle has penned more than a few lines of genuine literary quality, to say the least. However, with the vivid defiance and honest expressions of his latest album, Southeastern, still ringing in my ears since its June release, I could not miss the opportunity to hear a generational contemporary let fly lines of considerable insight and poetic weight while being backed by the insanely talented lineup in the 400 Unit, which includes Drivin’ N’ Cryin’ guitarist Sadler Vaden, former Son Volt keyboardist Derry DeBorja, Jimbo Hart on bass, and Chad Gamble on drums. With all due respect to the old guard, I need to see the ones to whom the torch is being passed and find out who is listening.

I arrived early at The Belmont, a tony 6th street joint done up in early 60’s Rat Pack chic that has an excellent outdoor venue with good acoustics. I like the place all the more because I hate crowds and here an audience can move and breathe in its open, multi-level set up. There really isn’t a bad vantage in the house. Half of an hour before the opening act, I slipped onto one of the long, white couches that line the wall opposite the inside bar and to kill a little time I struck up a conversation with a group of baby boomers. It turns out they were in town from California on vacation to celebrate an anniversary, the Beringers and the Neureithers were matter of fact: “heard he was here, had to come.” Good enough – a reason as straight as the music itself. Outside I found that others had come from Arkansas, insistent that I make my way to the Whitewater Tavern in Little Rock as soon as possible and touting the independent label Last Chance Records, who have recently put out some damn fine vinyl including In the Throes, the latest from opening act John Moreland which was released the same day as Southeastern. Others had come from as far away as Chicago by way of Florida, which surprised me a little, but then again, we are a transient generation and this is Austin.

Soon, the stage lights came on and out strolled John Moreland with nothing but his gimme cap and Martin OM series acoustic. After taking his seat, the Tulsa Oklahoma native proceeded to silence, and then enrapture the usually cagey Austin crowd for a solid hour that I wished did not have to end. With the ability to fire off phrases that could easily reside in the songbooks of old country lore (“It’s times like these, I forget why I quit loving you” from “God’s Medicine” and “Don’t give yourself away to settle someone else’s score,” from “3:59 AM”), Moreland sings in the gritty, emotive style of the new greats and with the wit and force of the old veterans. With four albums already under his belt and a career that spans many genres, including metal, Moreland is part of the new gang from Oklahoma who are writing magic and making it count – think John Fullbright and Samantha Crain. Too soon, however, his set ended and I promised myself that as soon as possible I will see this man again.

After making my way to the front and killing time again, I asked an Austin girl standing near the stage, Emma it turns out, why she had come. “It’s the one of the places to be,” she said, and for a moment I was about to think the worst of the comment, but she challenged me straight away as if I was on trial, “Did you see the opening act?” “I did indeed.” For all the diversity I find in Austin crowds, I was not surprised to discover that the common thread between them on this night was the understated intelligence of workaday people who go about their business, unimpressed by the pervasive fluff and nonsense of canned music, moved only by talent that speaks directly and plainly to the truths that are so often treated merely as subject fodder for the superficial-addicted machines of industry. As a writer, Isbell’s approach to songwriting seems to be born of a penetrating and discerning eye turned cold toward a world that talks so much, but says so little – a sentiment that should be familiar to anyone whose head is screwed on half-way straight. The power of sparse narration combined with uncontrived melodies is precisely why there is so much reason to give thanks for modern American music.

Without much delay after Moreland’s impressive set, Isbell and company took the stage and opened with a pounding version of “Flying Over Water” before tearing into the old Drive-By Trucker’s standard “Decoration Day,” with Vaden blistering the fingerboard of his Gibson over an exceptionally tight rhythm section. Two songs later, “Goddamn Lonely Love” brought out the first full-blooded howls from the audience, at which point it was obvious that the Texas night was now definitely in the hands of the songwriter from Alabama and his gang. Two more songs and with “Cover Me Up,” the audience was singing along with Isbell, who was now pushing each line with a brawling energy that resonated with the depth of his commitment to the art he is now creating. “Live Oak” followed by “Stockholm” into “Different Days” into “Traveling Alone” and then a turn into the heartbreaking imagery of “Elephant” was one of the most impressive runs of lyrical narrative I have encountered in a single show. They then rounded out the set with another Drive-by Truckers number, “Outfit,” before taking a few seconds off stage, before returning in short order to rip into a version of “Super 8” that would make any fan of the Rolling Stones proud to be in the audience.

One final barn burner had the audience bouncing as much as a Texas crowd is likely going to bounce and Jason Isbell and the 400 Unit closed the show with a gentleman’s bow. I tipped my hat to the savvy Austin girl and bolted. As much as I would have liked to have stepped on backstage to shake the hands of some profoundly talented musicians and one of the finest songwriters of any generation working today, I decided to walk this one off and let the language and sounds of the night carry me on home. Not once did I think of the magic that must certainly have lit up the air over at The Paramount. My head was too full of second gears and rough timber and I was reminded why occasionally I still get out and why I love outlaws and why I love this town. 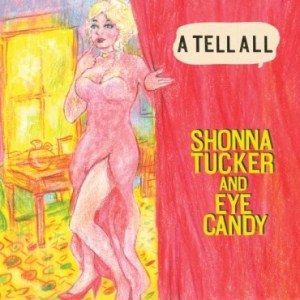 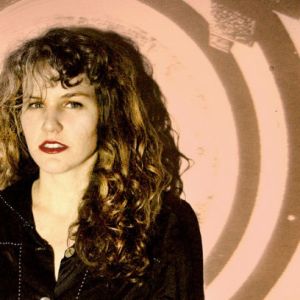