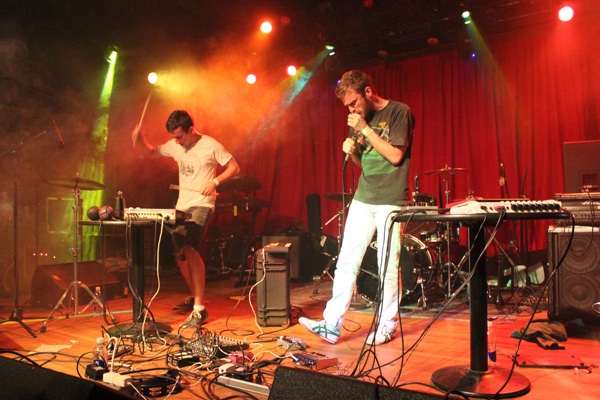 Tom Van Buskirk calls Javelin’s two Akai MPCs “our bread and butter.” His cousin, George Langford, echoes him, saying, “That’s the engine of the whole thing.” Standing in the parking lot on Friday of Next BIG Nashville, outside Mercy Lounge, the cousins fill in each other’s sentences and laugh about their past and future projects. They’re laid back and unpretentious, genuinely some of the nicest guys around – rare for a pair of rising Brooklyn electronic whizzes. Not long ago, Van Buskirk and Langford were hauling twenty boom boxes to shows, wiring them all up for unique performances at places like New York’s Museum of Modern Art. But with more tour dates around the country (they recently toured with Warpaint and have a short November tour with Matt and Kim) they’ve had to leave their ‘90s electronics at home. Now their show on the road is mostly Langford bouncing up and down, pounding a drum pad, while Van Buskirk describes his role as “on the mic pretty much the entire time.” We talked to Javelin about sampling, songwriting and (in Nashville, no less), cowboys.

Describe the origin of Javelin.

George Langford: We both grew up playing instruments, but when we were teenagers, Tom was a little bit more DJ-focused and I was more guitar-focused. I was playing in jazz combos.

George: But then we checked back in with each other at a certain point and realized that we were using the same tools and that we could work together. Working with samples is a nice way to work in any style – because you can make any sound.

Do you always use found samples, or do you also sample yourselves?

George: We like to mix it up so you can’t really tell. But lately I’ve discovered that when I read reviews about how we “must have made this music,” they get it wrong, and I’m like, “Actually, no, I played that!”

Tom: Some people think that we find rare songs and then recreate them or re-record them, but that’s not really the case. People think we hear a part and replay that part, which we don’t do. But we will find a weird aesthetic or nugget and then extract it, abstract it, reorder it and sometimes remove it after creating around it.

Do you consider what you do songwriting?

George: I never call it songwriting. My friend Mike Anderson was over at my house the other day – he’s a film and video guy – and he was watching me work. He was like, “You’re a video editor.”

George: You’re listening to the same little thing, over and over again, and tweaking it and recording something, then putting in something new. You’re not just sitting down and [playing instruments].

What are you working on now?

George: The stuff we’ve been focusing on now is more like sound palettes. We’re really into old cowboy stuff, Western. Not even country, but like frontier music. Prairies, cowboys.

So that’s what the next record will be like?

Tom: Yeah, we always try to come out of left field, even when it’s in reference to ourselves. No Más [Luaka Bop, 2010] was actually sort of an answer to our mixtape [Jamz n Jemz] which had been more boom box-y, so we decided we wanted to do something a little more austere, to kind of surprise people.

I was not expecting a cowboy album.

Do you still bring all the boom boxes to your live show?

George: It tends to be limited to shows we can drive to. We flew in for this show, so we can’t bring the boom boxes.

Tom: We used to plug them in with power strips and then broadcast to them with an FM transmitter. That’s what we did for years.

George: It’s just totally unruly because somehow having a transmitter in such close proximity to so many plugged-in radios, the ground hum is overpowering. Sound guys really hated it. Some guys really liked it.

Tom: Most sound guys are very excited by it.

George: They’re intrigued by it but then midway through they’re like, “OK, I’ve just got to turn that mic off.” 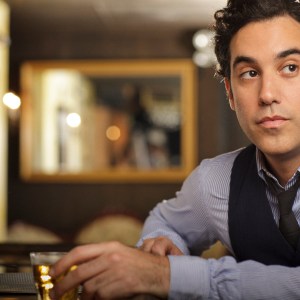 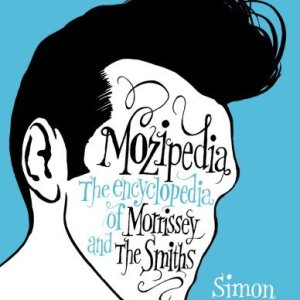