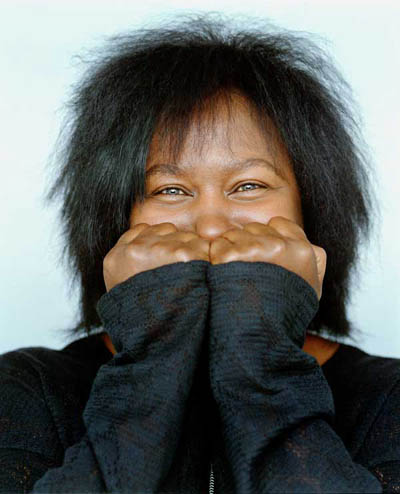 I have a feeling in my bones
That everything is gonna work out.

–“People Who Win,”from This Charming Life

Beloved by fans and critics alike, and acknowledged by many songwriters as an influence, Joan Armatrading has enjoyed an almost 40-year career in the pop music business. Her ability to craft a memorable hook and deeply affecting lyric is matched by a unique singing style–at once lilting and earthy–and an inspired disregard for genre boundaries. Her music has often blurred the lines between pop, new wave, folk, jazz, reggae, blues, and rock, and her latest album, This Charming Life, released in March on 429 Records, continues that tradition.

At an age (Armatrading will turn 60 in December) when some artists start popping off covers albums or doing standards (yeah, Rod, we’re lookin’ at you), Armatrading has written, produced, and played all the instruments but drums on one of her more consistently rocking efforts.

She kicked off the North American leg of her world tour this June, during which American Songwriter had the opportunity to ask her some questions about her creative process.

How is the tour going?

Love the tour, it’s fantastic! We’ll finish in December and I think I’m on the sixth or maybe seventh gig. Everything has been absolutely brilliant.

When you’re in tour mode, are you ever able to steal a couple of moments to write?

No, I don’t write on the road. I’ve written one song on the road, ever–“(I Love It When You) Call Me Names.”

Do you take a bunch of time off to devote yourself to writing, or does it come up kind of organically throughout your life?

Kind of organically. When I’m touring I might get ideas and I might get a feeling I want to write, but when I write I need to be in a quiet place, and not distracted, and just on my own. On tour there’s too much moving around–you’re getting to the gig, and you’re doing the soundcheck, then you’re doing interviews, and your day is kind of busy…but I might write something down in a notebook, and then when I’m off the road, I just wait for the writing experiences to come to me.

You’re carried away by the energy of the song itself…

Which song of yours took the least amount of time?

Loads of songs are very, very quick. Loads of songs are almost like you’re singing something you already know–literally the amount of time that it took to sing the song, or 10, 15 minutes, half an hour an hour. Some songs are really seriously quick, and other songs could be days, could be months, it really does depend on the song.

Because it’s all about the song, you have no control over it. You might start on the piano but suddenly realize that it should be a guitar song. You see, you think you’re in charge but you’re not, really! I’ve written songs in keys that, really, if I were sensible I would have written it in a different key that would have worked better for me, but it doesn’t work better for the song.

I think that this has always come through in your work–you have this transparency; it’s all about the music, and the characters and different perspectives being presented, rather than a rockstar persona that you’re trying to project.

But I know how I like it, so once I’ve written it for myself and I’m happy, then it goes out there and then I’m interested in how the people react to it. But I do want them to react to it in an emotional way, and get really connected with it.

Does it ever disturb you when you write a song, and you think you know what it’s about, and someone else says, “No, no–it’s about this…”

No, it doesn’t disturb me, because once the song is out there, people will get their own interpretation from it. And I think that’s good, because I’m sure there are songs that I’ve heard that I think I related to, but actually the person who has written it had something completely different in mind.

That’s generous of you.

You’ve become quite accomplished as a producer, and I’m wondering if you use the recording studio to aid you in your songwriting–or do you completely save the recording until after you’re done?

I like to know what the song is about, so I don’t tend to go into a studio and hope that once I start fiddling with something, it will “happen.” The songs usually start from something …and I also like to have the lyrics to be such that if you took them away from the music, you’d understand what the lyrics were saying, and you wouldn’t think, “Well, these lyrics don’t mean anything.”

So I like to have quite a good understanding of what I’m trying to do before I record a song. I actually do quite a lot of planning and arranging in my head before I even pick up a guitar or go to a piano. And it’s funny, because I heard Wynton Marsalis doing an interview, and he said the same thing, that he does quite a lot of planning in his head and conceives the whole thing before he goes [into the studio]. It’s really interesting because that’s what I do.

Do you ever experience writer’s block?

No–my form of writer’s block is writing rubbish! I can always write, but to me they’re just not very good songs. But I must complete whatever it is I’ve started, so I don’t have lots of unfinished songs and stuff like that. I finish everything, even if it’s bad. And then once I finish it, I will just put it away.

So you don’t have that “unfinished” feeling in your body…

I very often want to write, so that’s quite good, because although I might go for months without writing, I will have gone for months and months when I kind of have to write. And that happens very often, that’s why I’ve written so many songs, because I’m very often in that [mindset].

Even now while I’m on tour, I’ve definitely got the “want to write” feeling, but I know it’s not going to happen, so I’ve made quite a few notes on this tour, to save for later. So, yeah, I’m very lucky that I often want to write.

Yeah, lucky indeed. So, of the “bad” songs that you throw away, have you ever come back to them a couple months later and realized they’re not so bad?

Not really, I tend not to go back to things. And quite often if I think something is really, really bad I would have deleted it anyway. Because I don’t want somebody to take that song that I don’t like and do something with it when I’m gone. [Laughs]

One of the songs from your new album, “Heading Back to New York City”– the guitar riff on that is awesome, it almost has a metallic feel to it. Do you listen to metal? Are there other genres that you listen to that might surprise people?

I actually don’t listen to a lot of music. When people say “listen” they tend to mean you go and buy a record, put it on, sit down, and listen. I don’t really do that… but I’m aware of all the music that’s around. I’ve heard lots of rock, pop, metal, jazz…I like all the different types of music–that’s why I write so many different things. But I’m not sitting down and playing along to things trying to understand them…

Are there any songwriters working today that you are particularly impressed with?

I like Amy Winehouse, I like the stuff that she does. She’s got a really good sense of style in terms of songwriting and rhythm and she writes really good words.

Do you think she knows that you feel that way?

I have no idea–I don’t know if it matters. She’s got a lot of fans, she doesn’t need me …[laughs].I like Lady Gaga as well. I think she’s really good. She writes very catchy songs. All that dressing up and stuff, she looks great–but she really does have good songs…it captures people because it’s good.

Joan Armatrading’s North American tour itinerary for the rest of the summer: 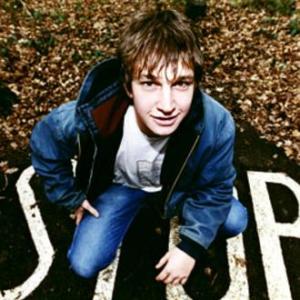 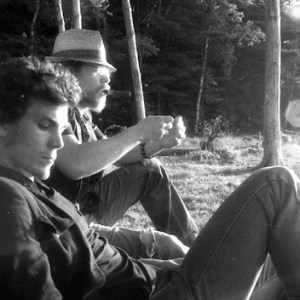