To be bestowed virtually on August 16 in honor of her work as a musician and humanitarian.

The Woody Guthrie Center in Tulsa, Oklahoma announced that Joan Baez will receive the 2020 Woody Guthrie Prize, and has graciously accepted.

As written on their website, “Songwriter, storyteller and activist Joan Baez, whose distinctive voice for decades brought attention to the forgotten and oppressed, will accept the 2020 Woody Guthrie Prize in honor of her groundbreaking career and impact on humanitarian causes.

Deana McCloud, Director of the Woody Guthrie Center Director, wrote, “It’s with great pleasure we announce Joan Baez as the 2020 Woody Guthrie Prize recipient. In his lyrics to ‘Tom Joad,’ Woody wrote ‘Wherever people ain’t free./Wherever men are fightin’ for their rights/That’s where I’m gonna be.’ For the past seven decades, that’s exactly where Joan Baez has been. A staunch activist, Ms. Baez has consistently been on the front lines in the fight for social justice, peace, and equality. As a true child of Woody Guthrie, she has continued the work he began during his short life, and we are proud to present her with this well-deserved recognition.”

In her acceptance, Joan wrote:

“As I have followed in the footsteps of Woody Guthrie, it has been my mission to use my music as a voice for those who cannot be heard or have been silenced by fear and powerlessness,” said Joan . “Thank you, Woody, and I will gladly accept the Woody Guthrie prize.”

The Woody Guthrie Center will present her the award during this year’s virtual edition of the Philadelphia Folk Festival, one of the nation’s longest-running folk festivals, which Baez has played numerous times.

Joan Baez remains a musical force of nature of incalculable influence.  She marched on the front line of the civil rights movement with Martin Luther King, shined a spotlight on the Free Speech Movement, took to the fields with Cesar Chavez, organized resistance to the Vietnam War, inspired Vaclav Havel in his fight for the Czech Republic, saluted The Chicks for their courage to protest the Iraq war, and stood with old friend Nelson Mandela in London’s Hyde Park as the world celebrated his 90th birthday. Joan’s earliest recordings fed a host of traditional ballads into the rock vernacular before she unselfconsciously introduced Bob Dylan to the world in 1963.  Thus began a tradition of mutual mentoring that continues on Whistle Down The Wind, and which will reverberate long into the future across Joan’s lifetime of recordings.

The past decade’s milestones included the PBS American Masters series premiere of her life story, Joan Baez: How Sweet The Sound (2009), which underscored the 50th anniversary of Joan’s debut at the 1959 Newport Folk Festival.  Joan’s seminal debut album of 1960 was honored by the National Academy of Recording Arts & Sciences in 2011, which inducted it into the Grammy Hall Of Fame; and subsequently by the Library of Congress in 2015, which selected it to be preserved in the National Recording Registry. That same year, Amnesty International bestowed its highest honor on Joan, the Ambassador of Conscience Award, in recognition of her exceptional leadership in the fight for human rights.

Record-breaking years of touring in the recent past included her first tours in three decades in both Australia (2013) and South America (2014).  Joan’s 75th birthday was celebrated at New York’s Beacon Theater in January 2016, where she was joined by Paul Simon, Jackson Browne, Emmylou Harris and others.  The concert premiered on the PBS Great Performances series in May. In 2018. Baez launched what she proclaimed to be her last formal, extended tour, which concluded after 118 sold-out shows in July 2019.

Joan’s first solo exhibition of paintings was presented in Mill Valley, CA in 2018.  The collection celebrated “Mischief Makers” – portraits of risk-taking visionaries who have brought about social change through nonviolent action.  The entire exhibit was subsequently purchased by the Federated Indians of Graton Rancheria and donated to Sonoma State University, where it will eventually be displayed at an envisioned new social justice learning center on campus.

She was born in 1941 in New York and graduated high school in Palo Alto, Calif. Her family moved to Boston, and by the late 1950s, Joan was a regular at the famed folk venue, Club 47, in Cambridge. As her music career expanded, her work as an activist grew significantly in the 1960s with her commitment to the Civil Rights and Anti-War movements. Baez has channeled her activism into groups like Amnesty International, The Circle of Life Foundation, Human Rights Watch and Bread and Roses, founded by herlate sister, Mimi.

Joan co-founded The Institute for the Study of Nonviolence in the 1960s which still operates today as the Resource Center for Nonviolence.

The Woody Guthrie Prize recognizes artists across media who have used their talents to speak for those without a platform. Past recipients of the award include Chuck D, John Mellencamp, Norman Lear, Kris Kristofferson, Mavis Staples and Pete Seeger. Previous Woody Guthrie Prize events have been held in New York City, Los Angeles and Tulsa.

The Woody Guthrie Prize event normally serves as a fundraiser for programs promoting Guthrie’s legacy and message of social justice. To help the center continue its work during COVID-19, please consider shopping the online store here.

The Woody Guthrie Center is currently closed out of an abundance of caution for the protection of staff and visitors during the COVID-19 crisis. 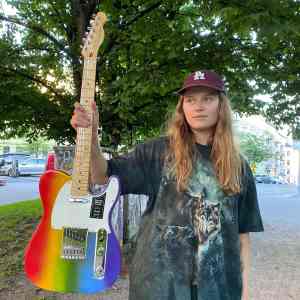 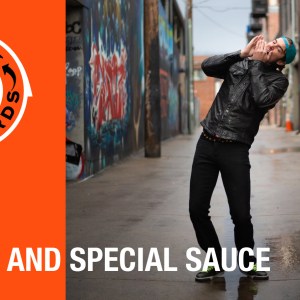