Madeleine Albright once said: “There is a special place in hell for women who don’t help other women.” In times of rampant sexism, support and camaraderie among women is as vital as ever. Folky singer-songwriter Joanie Leeds brings together a slew of talented singers, songwriters, and musicians ─ all women ─ for her new album, All the Ladies.

The title track, premiering today on American Songwriter via a delightful animated visual, co-stars musical icon Lisa Loeb and more than lives up to its name. “Lift me up, lift me up / Don’t bring me down / I’ll lift you up, lift you up / Won’t bring you down,” vows Leeds with the galloping opening frame. “All the ladies, ladies gather round me / Let’s support each other with the power of we.”

The plea for unity continues throughout the soul-kissed anthem, “All the ladies, ladies listen closely / I’ll be the first to cheer you on with positivity.” Later, Leeds leads a call and response, asking the question: “I’ve got your back will you have mine?”

Unsurprisingly, Leeds was directly inspired by Madeleine Albright’s gutsiness to write such a timely song. “The title track, ‘All the Ladies’ is an anthem for girls and women of all ages to be kind to one another and lift each other up,” she says. “Originally inspired by the Madeleine Albright quote [above], I wanted to bring that sentiment to a children’s song with a more positive spin that would be accessible to young girls, as well.”

To celebrate the album’s release this Friday (April 3), Leeds has curated an online festival called the All the Ladies Music Festival, and it kicks off at 12:30pm EST with a performance by Polly Hall. For more information, including a complete lineup and schedule, go to the official event Facebook page. Also, see the cool poster below.

Watch the animated visual below. 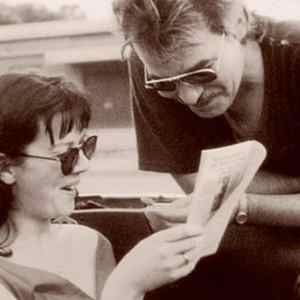 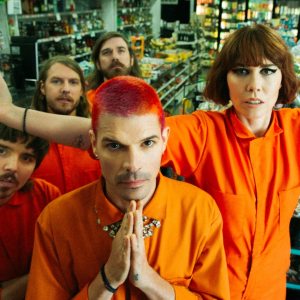