John Prine was a funny and friendly man. A gifted story-teller, every story he told included these two fundaments of the Prine persona: humor and friendliness. So it makes sense that the story behind “Angel from Montgomery,” one of his most famous songs, would be both funny and friendly.

The story centers around one Eddie Holstein, who was an old and funny friend. He and his brother Fred Holstein were pillars of the Chicago folk circuit, which also included the late great Steve Goodman, who was Prine’s best friend and a real champion for him.

The Holstein brothers, like Steve and John, were folksingers who played acoustic guitars at the city’s great folk music clubs, such as the Earl of Old Town, the Quiet Knight and the Fifth Peg.

Fred, who died in 2012, was the elder brother, who seemed always more serious than Ed, and came across like a good-hearted scholar.

Eddie was the younger, funnier one, always quick to make a joke. Unlike Fred’s focus on folk, Eddie was a gifted songwriter. “Jazzman” was his most famous song, recorded by Goodman, Bonnie Koloc, Bette Midler and others.

Eddie would perform “Angel from Montgomery” in his shows, and introduced it always with a joke:

“I wrote half of this,” he said, “and John just bought me lunch.”

That statement always made John snicker, though it wasn’t accurate. Eddie didn’t co-write half or any part of the song. But he almost did. As Prine explains in the following story.

Within his songbook of remarkable songs, “Angel” is one of the most remarkable. A masterpiece, like “Hello In There,” “Sam Stone” and “Donald and Lydia,” it’s on his debut album. One of the greatest debuts of all time.

All of those first songs were written while he was a mailman. But not after work. He wrote these songs while literally delivering the mail. Whether walking through snow and ice, or the humid heat of summer, whether chased by wild dogs or not, to him the route was akin to “a library without any books,” where he could work on his songs.

“Angel from Montgomery” is one of the most powerful examples of what’s now known as a “John Prine song.” When it first emerged, it resonated through the Chicago folk community and soon far beyond as a lesson in powerful songwriting, how to make a story come alive with his poetry of real life, the poignant images around which he wrote his songs.

As he discusses here, Prine didn’t tell the story as much as he showed it, in stark visuals that reveal her life as well as her memories, dreams and desires combined.

It all starts with a declaration unusual to hear from a male singer, “I am an old woman.” He takes us into her world, to the bleak emptiness of the “flies buzzin’ around the kitchen” to the yearning for her mystic rodeo angel.

It’s essential Prine. Who else could have written this? Nobody.

From our interview with him, here’s John Prine, in his own words, telling of the origins of “Angel from Montgomery”:

JOHN PRINE: [“Angel from Montgomery”] was almost a co-write with Eddie Holstein. I knew Eddie’s brother Fred first, ever since I was 14 and was first going to the Old Town School. Fred used to work part-time in the store.

Every time I wrote a song Fred would turn on his really good high-class tape recorder, reel-to-reel, and record it. So he had recordings of me on guitar singing all my songs in his apartment long before I ever recorded for a recording company. I never found out what happened to the tapes.

But Eddie and me, we used to go to lunch together because I used to like to watch Eddie eat. He’d eat for hours. And he was just a little skinny guy then, and you’d wonder where the food was.

Eddie said, “Why don’t we write a song together?” And I said, “Jeez, I’ve never written with anybody. But I guess we could try.”

So we went over to his apartment, and I said, “What do you want to write about?” And he said, “I really like that song you wrote about old people, let’s write another song about old people.”

So I thought for awhile and said, “How bout a song about a middle-aged woman who feels older than she is.”

And Eddie goes, “Naw.” [Much laughter]

But the idea stuck with me, and when I went home I started “Angel From Montgomery” that night. With the words “I am an old woman named after my mother.”

I had this really vivid picture of this woman standing over the dishwater with soap in her hands, and just walking away from it all. So I just kept that whole idea image in mind when I was writing the song and I just let it pour out of that character’s heart.

I didn’t realize all this at the time, but if you come up with a strong enough character, you can get a really vivid insight into the character that you’ve invented. You let the character write the song. You just dictate from then on. You stick to it, and whatever the character is saying, you have to figure out how to keep that in the song. You know? That’s how I do it. I almost go into a trance.

Once I’ve got an outline, a sketch in my mind, of who the person was, then I figure I’d better let them speak for themselves. Rather than me saying, “Hey, so here’s a middle-aged woman. She feels she’s much older.” It wouldn’t have been nearly as effective.

I got asked years later lots of times how I felt I could get away with writing a woman’s song first-person. And that never occurred to me, because I already considered myself a writer. And writers are any gender you want. You write from the character and how can you go wrong?

I’m not sure why I used that title. I can only guess, like other people. I’m so far away from myself; I’m removed when I’m writing. But Eddie thinks I got it from the angel down on Michigan Boulevard [in Chicago] There was evidently a gargoyle that came out from the Montgomery Wards building.

But I’m prone to think that it’s because I was a huge Hank Williams, Sr. fan and I knew he was from Montgomery. I think that’s where I thought the woman was from in this image that I had, this woman with the soapsuds on her hand.

Man, they did a book of the famous poster people here in Nashville, the ones who did those giant posters of Hank Williams and the Grand Ol Opry and everything. And the poster on the cover is a poster of a rodeo, a guy with a bunking bronco and it’s got the words to the beginning of “Angel from Montgomery” on it. And it’s a really good looking poster. I asked them to give me a copy of it. It looked very much like whatever I had in mind when I wrote it.

I think the more the listener can contribute to the song, the better; the more they become part of the song, and they fill in the blanks. Rather than tell them everything, you save your details for things that exist. Like what color the ashtray is. How far away the doorway was. So when you’re talking about intangible things, like emotions, the listener can fill in the blanks and you just draw the foundation. I still tend to believe that’s the way to tackle it today.

I was very nervous about singing this and the other songs in public for the first time. Because I thought that they would come across as too detailed, too amateurish. Because I hadn’t heard anybody being that detailed. And I thought there must be a reason for that. I must not be doing it the right way, whatever the right way is.

But I knew the songs were very effective to me. And they reached me. And I was very satisfied with the songs. But I didn’t know how they would relate to other people because I didn’t consider myself a normal person. [Laughter]

First time I played, the crowd just sat there. They didn’t even applaud, they just looked at me. I thought, “Uh oh.” [Laughs] I thought, “This is pretty bad.” I started shuffling my feet and looking around.

And then they started applauding and it was a really great feeling. It was like I found out all of a sudden that I could communicate. That I could communicate really deep feelings and emotions. And to find that out all at once was amazing. Whereas it would have been different if I would have written a novel or something and waited two years till somebody to write me back.  And said, “I think we’re gonna take a chance and publish it.”

That must be a whole different feeling. But mine was immediate. It was there before other people. Nobody knew me from Adam.

“Angel From Montgomery”
By John Prine

How the hell can a person
Go to work in the morning
Come home in the evening
And have nothing to say? 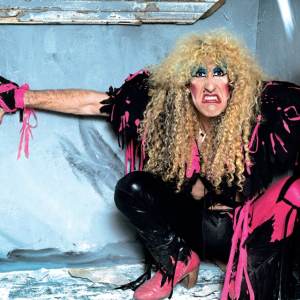 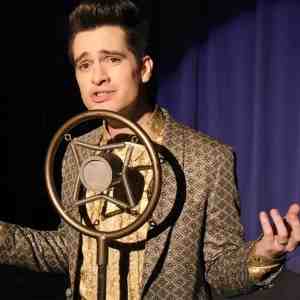