The ‘80s definitely had a style all their own. Big hair, bright colors, hard rock, men wearing lots of makeup, MTV, ripped jeans and more. New Jersey photographer Mark Weiss was there in the thick of it from the start, capturing candid backstage moments and iconic album covers, including Bon Jovi’s Slippery When Wet and Twisted Sister’s Stay Hungry. The photographs are compiled into The Decade That Rocked, a coffee table book featuring unseen photographs that capture the glory, fun and mayhem of the ‘80s through the antics many of metal’s biggest stars, including Ozzy Osbourne, Bon Jovi, Motley Crue, Alice Cooper and more.

Weiss grew up in Matawan, New Jersey and his love for photography kicked in as a teenager when he attended a Crosby, Stills, Nash and Young concert at Roosevelt Stadium in Jersey City, New Jersey. Soon he found himself heading to concerts all over New Jersey and New York City, taking live shots of Led Zeppelin, Kiss, Eric Clapton and Peter Frampton. In 1978, he worked up the courage to take his shots to Circus magazine, one of the most popular rock music magazines of its time. His shot of Steven Tyler performing at a sold-out Giants Stadium show wound up as the centerfold shot of one of the issues and Weiss never looked back.

As expected, The Decade That Rocked is a lot of mugging for the camera, raunchy, questionable behavior and bad decisions captured through the lens of one of the premier. As he approaches his 61st birthday (which includes plans for an online celebration on June 15), Weiss offered candid comments on some of his memorable and some unseen photographs.

“Joan was getting a buzz but still playing smaller clubs. I set this shot up backstage at a small club in New York. At this point in my career I was just a 20-year old kid, but I wanted to be like the big guys. I wanted artists to think I had a big photo studio. At these shoots, I would just bring a bed sheet and hang it up. If you were to look at the full photo you would see the masking tape. You’d see the backstage. I just brought my light and got the moment before she went on stage.”

Joan Jett: “Mark was shooting around the time that we were going from being a really struggling band to having a little more success and being able to document that was really special. And those photos were great.”

“Dave always wanted me to photograph him. The other guys it was hit or miss. Whenever I walked in the room Dave would start posing. We built a great relationship and I photographed him when he came to New York.”

“The first time I shot Van Halen was at Convention Hall in Asbury Park in 1979. I started getting assignments shooting for Circus magazine. I had a photo pass and got there early and went up to Noel Monk who was working and asked if I could take pictures of the band for Circus. He brought me back and I met Eddie and Mike. I didn’t meet Dave at that point. I took a live shot of the band that became the centerfold poster in Circus. The band and management loved it. And once they like something you did, the doors open up. You start a relationship with them.”

“I would try and get artists before the show. Sometimes they would just blow right by me and head for the stage. If I could get the whole band beforehand that was always a moment because the adrenaline was flowing. Those are the best shots. They’re spontaneous and real. A lot of the shots in the book are like that.”

“This was on the top of Convention Hall in Asbury Park during the Blizzard of Ozz tour. It was windy so I had friends of mine help me. I had the backlight with the red. If I had done a strobe it wouldn’t have worked. I had it all set up and shot him for about 5 or 10 minutes before he went on stage.”

“This was the 13th anniversary photo for Circus magazine. It was right around the time of his bat controversy and it was supposed to be a cool rock ‘n roll shot. They had me set up in the garage. Two hours passed by and I was getting nervous. Circus had flown me out for the shoot and I had spent all this money on props.  Finally, Sharon came out and said ‘Mark, we have a bit of a problem.’ Ozzy had just shaved his head last night! I thought I was screwed! Sharon said, ‘we’ll figure it out.’ She started painting his head and I had these black balloons with me since it was their 13th anniversary. And I stuck them to his head! And he ended up being Mickey Mouse! Turns out Ozzy shaved his head because he was tired and didn’t want to go on tour. He figured no one would want him to go on stage looking like that.”

The 1984 Twisted Sister Stay Hungry album cover was the ‘game changer’ moment for Weiss. Weiss had photographed them live a few years prior, though he didn’t officially meet them. At that he was even singled out and made fun of by the band as part of their act for not moving around enough during the show. They of course didn’t know that when Weiss was hired for the Stay Hungry shoot.

“This shoot put me on the map. My father helped me build the set and he helped me get the room together. That photo shoot got me to the next step. I wanted to shoot record album covers. I was doing all these great covers for magazines and I’d see my cover photo of Ozzy or David Lee Roth on the newsstand, but they would go away at the end of the month. With album covers it’s forever. They’re harder to shoot with weeks of preparation and stress since there’s so much riding on it. But nowadays, I can listen to Sirius radio or Hair Nation radio and look at my phone and there’s my cover shot with Dokken Under Lock and Key, Bon Jovi’s Slippery When Wet and Cinderella’s Night Songs. Three in a row! That’s pretty nice!”

The Slippery When Wet album was a career defining moment for Bon Jovi, a 12x platinum record with classics like “You Give Love A Bad Name” and “Wanted Dead Or Alive.” The road to the album cover traversed through a slippery road itself, with no less than four different concepts, before winding up with the existing cover, which Weiss shot, featuring the words ‘Slippery When Wet’ scrawled on a wet garbage bag by Jon Bon Jovi himself.

“The album was originally called “Wanted Dead Or Alive” after the song. They grew beards for a photo shoot at my studio, put on cowboy outfits. The idea was that they were a gang and have a ‘Wanted’ poster tacked to the wall where they were hiding out. That was going to be the cover. The label said no, we want them to look prettier. So we went to Vancouver where they recorded the album and shot them in an old abandoned barn, which is where this shot is from. We were on the sly and nobody knew, and we had to climb through broken windows just to get in.”

The Decade That Rocked is available in all bookstores. Weiss is also selling personalized autographed copies and more on his website. 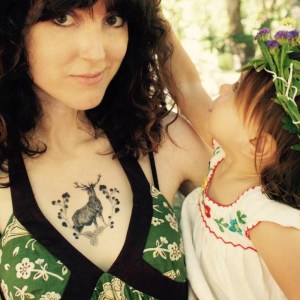 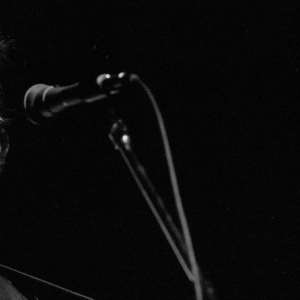