This past week, the story found its way to the Bernard B. Jacobs Theatre in New York for the opening night of the Almost Famous musical, and who better to be in attendance than Joni Mitchell? An icon of the era herself, Mitchell visited the cast and Crowe (who co-wrote some of the lyrics for the musical) backstage with her iconic beret and braids in tow.

Mitchell told People that she found the stage musical to be “even better than the movie.” The 2000 film won an Oscar for Best Original Screenplay. The plot follows an ingenue rock journalist, William Miller, who finds his way onto a rock n’ roll tour with the fictitious band Stillwater.

Per Variety, Crowe said of watching the show with Mitchell, “It’s an elixir that is really hard to contain that comes straight from the heart.” He added that having the film transformed into a Broadway musical was his mother, Alice Crowe’s, dream.

“It’s like a cross between a family and a band because we’ve lived together and there’s no one person in the whole cast that really dominates another one,” he said. “I also think if you’re going to be in such a dream situation like this, let it be something that comes from the heart. We are here for all the right reasons. I walk away feeling like we’re going to be friends forever.”

Mitchell’s appearance at the show comes just weeks after it was announced that the “Case of You” singer will play her first formal concert in more than 20 years at the Gorge Amphitheatre in Washington alongside Brandi Carlile.

“I still can’t believe that happened,” Carlile told host Trevor Noah last month. “It was just a few months ago, and the fact that it was at Newport Folk Festival, which is such a monumental and historic place. [Mitchell] always has a plan. She knows what she wants to do even if she doesn’t say it.” 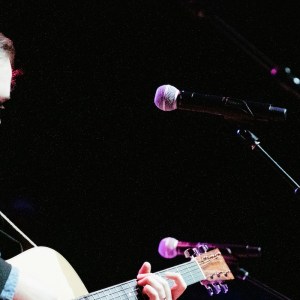 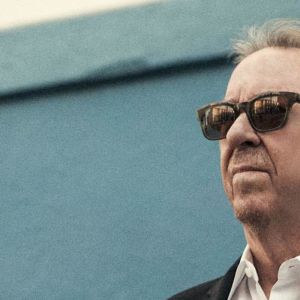