Talk with any singer/songwriter today, and we’d bet that more times than not, Joni Mitchell’s name will pop up in conversation. Her legacy is difficult to quantify, but it can be found in nearly every corner of today’s music. This is partially due to the fact that when she first started her career, she was releasing music in the midst of a male-dominated rock era as a female folk artist. She took little note of the status quo.

So, in honor of this pioneering folk singer, learn a little more about the life she built for herself here below.

1. She loved performing for small audiences.

Joni Mitchell’s talent is no secret today, but when she was just starting out, she walked around relatively unnoticed. Further, some of her early performances were held at intimate venues where tickets might’ve been absent.

“I liked playing the coffeehouses,” Mitchell said in a 2020 interview, “where I could step off the stage and go sit in the audience and be comfortable, or where there wasn’t a barrier between me and my audience in the clubs. The big stage had no appeal for me; it was too great a distance between me and the audience, and I never really liked it. I didn’t have a lot of fame in the beginning, and that’s probably good because it made it more enjoyable.”

2. Mitchell was a painter first.

While Mitchell is widely beloved and esteemed for her music catalog, Mitchell has always affirmed that painting was her first love. When she was younger, she only began to pursue music when she realized she could make a few bucks off of it. In a 2007 interview, Mitchell explained that”music was firstly a hobby to make money to smoke at art school.” Later, of course, Mitchell found her own expressive niche in songwriting, but it still felt vastly different from painting.

“In painting, your brain empties out and there’s not a word in it; it’s like a deep meditation, like a trance,” she said in a 2004 interview. “I could step on a tack and probably wouldn’t know it when I’m painting.”

She continued: “In writing, it’s kind of the opposite. That’s why some people take stimulants. You stir up chaotic thoughts, then you pluck from this overactive mind. It’s part of my process as a writer, being emotionally disturbed by something exterior someone said or something that is happening in society. It’s on your mind, and it won’t go away until you deal with it.”

Mitchell truly never ceases to amaze us. Not only can she sing, write, and paint, but she’s a whiz at poker!

In the 1970s, Eagles guitarist Glenn Frey ran a weekly poker game in the Hollywood Hills. (How cool is that?) Frey later revealed that Mitchell was a frequent player in these games. “In 1974, I moved to a place at the corner of Ridpath and Kirkwood in Laurel Canyon, and we had poker games every Monday night during football season,” he said. “Notorious card games. Joni Mitchell got wind of those card games, and she always was a good hang, so she started coming every Monday night and playing cards with us. We’d watch football from six to nine and then play cards until the wee hours.”

4. Her famous album Blue wasn’t a hit at first.

“Like all of my albums, Blue came out of the chute with a whimper. It didn’t really take off until later. Now there’s a lot of fuss being made over it, but there wasn’t initially,” Mitchell said in an interview with Cameron Crowe.

“The most feedback that I got was that I had gone too far and was exposing too much of myself. I couldn’t tell what I had created, really. The initial response I got was critical, mostly from the male singer-songwriters. It was kind of like Dylan going electric. They were afraid. Is this contagious? Do we all have to get this honest now? That’s what the boys were telling me.”

While the sting of heartbreak has found Mitchell more than once, Mitchell has also been plagued by a few serious health issues. As a child, Mitchell contracted polio which put her in the hospital for several weeks. Fast forward to 72-year-old Mitchell, and in 2015, she suffered a brain aneurysm rupture. After the rupture, Mitchell had to learn how to walk again.

Both times, though, Mitchell fought to overcome these setbacks.

“[O]nce again I couldn’t walk. I had to learn how again. I couldn’t talk,” Mitchell said in 2020 interview about her brain aneurysm. “Polio didn’t grab me like that, but the aneurysm took away a lot more, really. Took away my speech and my ability to walk. And, you know, I got my speech back quickly, but the walking I’m still struggling with. But I mean, I’m a fighter. I’ve got Irish blood! So you know, I knew, ‘Here I go again, another battle.'”

Mitchell recently graced the stage once again at the Newport Folk Festival to perform with friend and collaborator Brandi Carlile. 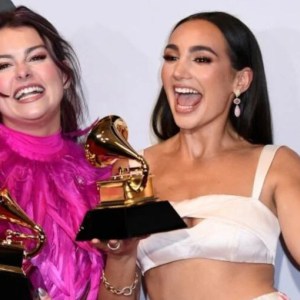 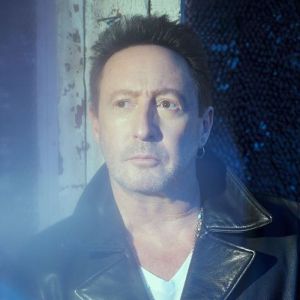