As a kid, Josh Kelley would sit in the parking lot of the churches of Augusta, Georgia, breathing in the sweet gospel sounds billowing through the stained glass windows, anxious for a chance to lend his voice to the inspirational messages of the hymns that the choirs did sing.

But never did he think he would write his own hymn someday.

But in fact he has via his new single “Hold Me My Lord.”

“There was a piano sitting in the corner, and the chords just started falling out of me and this gospel progression that came out of nowhere and I had the first verse in less than a half hour,” Kelley remembers during an interview with American Songwriter about the day he began writing the new gospel-infused single, which will be featured also on his upcoming album My Baby & the Band. “It was so very…weird.”

Soon after, Kelley began singing the inspirational song on tour and audiences were responding, and Kelley found himself feeling like he was on the cusp of a song that had a chance to become a legit gospel anthem.

And then, all hell broke loose.

The pandemic was here and the lockdown happened, and Kelley found himself off the road with an incredible song sitting idly in his lap, a song that he instinctively knew could be one that could singlehandedly change people lives.

“You can wallow in the negative or find the positive,” says Kelley from his Utah home where he has been laying low alongside wife Katherine Heigl and their children. “The whole shutdown gave me time to sit down and figure out just how I wanted this song to live in the world. Any song can live a thousand different ways. And gosh, I didn’t want to screw it up.”

Indeed, there was a hesitancy for Kelley that maybe the lyrics to “Hold Me My Lord” were a little too personal, a little too honest, a little too forthright, a little too anxious to illuminate some of the singer/songwriter’s ugliest scars in front of the entire world.

“People try to hide those things, especially in a religious song,” says Kelley, who admits that the last note of “Hold Me My Lord” just might be one of his most powerful musical expressions yet. “A lot of people tend to take the path of the positive. But self growth needs a certain amount of honesty about being unkind or cruel to someone. I mean, we have all done it, whether you are religious or not. All of us are either asking for forgiveness or are busy trying to forgive ourselves. I wanted the message to be as honest as possible.”

Joining him on this quest for pure and utter honesty was a 30 voice choir, a socially distanced group of talented men and women who upped the gospel sound of “Hold Me My Lord” tenfold.

“I searched and searched for a choir that could fill this song up,” Kelley remembers of the song that was actually co-produced by Grammy, Dove and Emmy award winner Shannon Sanders. “I wish you could have heard the demo of this song with just my scratch gospel vocals on it. I remember sitting in the car with my wife when the track came back with the choir on it and she literally had goose bumps up and down her arm. It wouldn’t be the same song without them on it.”

And as the world continues to wade through the never-ending waves of the pandemic while also trying to stay afloat at a time of discourse and racial tension, Kelley certainly feels that people can find refuge within this song.

“I feel like people are grasping to find their faith, maybe in a way they wouldn’t have if it wasn’t for this pandemic,” Kelley concludes. “Not finding religion, but truly finding faith.”

Indeed, the song has had Kelley lately visualizing where it might ultimately live, long after he is gone. Could this be the legacy type song that every songwriter dreams about?

But he does know this.

“Whenever I listen to it, I see people coming out of the church at the end of the service, walking down the stairs and singing this song. (Laughs.) I know that’s crazy.”

Actually, it’s not crazy at all.

“I’m just grateful for this song and the passion that came out within it.” 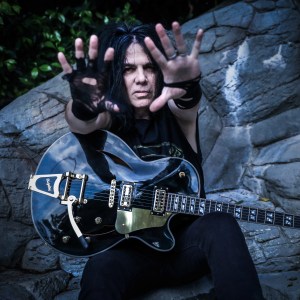 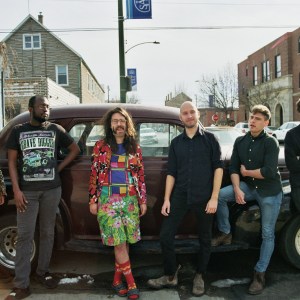