The year was 1981. On the radio airwaves, a boppy New Wave track called “Johnny Are You Queer?” was quickly gaining attention and causing controversy. The conservative community attacked the song as immoral and painted Cotton as a quasi-devil figure luring men into homosexuality. The LGBT community was divided, with some embracing the song while others rejected it as offensive or exploitative. Through it all, the song’s young singer Josie Cotton was caught right in the middle.

Fast-forward almost 40 years later: Cotton, who not only survived the media backlash but went on to build a sprawling, eclectic career, is releasing new music again. While the songs are less controversial this time around, they are no less creative. In May, via her label Kitten Robot Records, Cotton released Revenge of the B-Girls, an album full of theme songs from rare B-movies.

This electrifyingly bizarre record not only features Cotton’s raw talents as a performer but also demonstrates her uncanny eye for camp. Between the fantastical storylines and soundscapes, Cotton conveys a certain sense of the human experience that feels inseparably tied to the indescribably fun and hauntingly beautiful world of B-movies.

Last week, American Songwriter caught up with Cotton to talk about the long journey it took to make this record. First thinking of the idea in the early 2000s, Cotton actually recorded and released Revenge of the B-Girls in 2007 to limited fanfare. Now, 13 years later, she’s releasing it again with the full resources of her label, complete with fun album art and liner notes from iconic cult director John Waters. A passion project through-and-through, this record serves as a perfect portal into Cotton’s world.

Where did you get the idea to do a record of songs from B-movies?

Well, in childhood I had a fixation on science-fiction and all kinds of crazy movies. That fixation just kept going and spread to the rest of my world. One night I was watching one of those movies that I had seen a million times and I just thought that it would be so amazing to bring all the theme songs to these movies to life. So, after that I went on a long, long search watching all these horrible movies. Some of them were fantastic, but it always came down to the song. It had to be from something really bizarre and odd, not just like a surf movie with a giant crab, my taste is a little more demented than that. The research was fantastic and the recording of it was ridiculously fun. I was really amazed and shocked that nobody had ever done this before.

Tell me more about that research — where did you find the movies? How did you secure the legal rights to the songs?

The research was the fun part. There was a famous video store in Los Angeles called Mondo Video — which is no longer around — that had every possible genre that I was looking for. They really helped me, but it still took over a year of non-stop watching to find the right collection of songs.

Then, the process of finding the songwriters was an epic journey into the Sahara desert. It was really tricky to track everyone down, and my manager handled most of it. The publishers have never done something like this before and some of these songs had never been requested for. We were hunting people down but a lot of them were no longer on this earth, so we had to hunt down their families. One family was living in a trailer in the south and they wouldn’t admit that their relative had written this one song. I had to rent Godzilla’s roar for one of the songs. There were just all these fun and odd episodes on this journey. There were even discrepancies in what the songs were actually titled. We had to keep changing the album artwork because we’d be like ‘oh, that’s not the title, it’s called this’ or ‘it’s called that.’

This album was limitedly-released in 2007 — what happened between then and now?

Well, I recorded it before then. I did the entire record and it was rejected by a lot of people, so I put it in my garage. I just kept thinking about it, it was such a labor of love for me. I loved the movies and really thought that the record was hilarious. So, it came around in 2007 that I decided to release it again on my own label. It was a very short-lived, limited release that really didn’t get a lot of the attention that I had wanted it to.

So, when I started up a different record label we decided to release all of my old catalog. There were odd sales going on, people couldn’t find things, people who I had never even met were getting money from things, so we decided to take control and release all the records I’ve done. This is my third label. I have to say that this one is a very different experience because there are actually some quite talented record people involved. It’s connected with the recording studio I have with my partner, and we’re singing other bands right now. I was doing the label thing inadequately before. I just wanted to make my own records and put them out there. I thought that some magical unicorn or something would come along and make it heard all over the world. But, as I’m sure you’ve heard, unicorns are very, very rare. So, this time I actually got real professionals and friends to help me run it all. It’s a wonderful thing.

John Waters wrote the liner notes for this record — how did that come to be?

That had to do with him loving the record and all these movies. I had been on his record A Date With John Waters with “Johnny Are You Queer?” which was quite an honor. Because of that, we began a semi-friendship. Ironically, I had just completed this record when that all happened, so I sent him a copy of it. He loved it and wrote the liner notes.

“Johnny Are You Queer” was quite a controversial tune when it came out — how does it feel to see the change that’s occurred since then in the cultural / political conversation about the LGBT community?

At that point, it really wasn’t a “debate,” but it became one after that song came out. It created a whole lot of controversy. “Johnny” certainly got a lot of different factions to begin discussing it. Some of them were not really complimentary to me and some of them were. It was a really mixed reaction. In the gay community, there were different opinions. But, the televangelists really made a crusade out of it. They thought I was a devil or something close. They said that I wasn’t a female, but a man in disguise trying to lure men into homosexuality. There were protests, there were counter-protests. The song got banned in Amsterdam and by the Catholic Church, but it was an anthem on the West Coast.

I’ve always been a friend of the gay community and have done quite a few gay pride shows. Nowadays, it makes me feel like I was a part of something positive when I hear people freely use the word “queer.” It’s like it’s nothing to them, and that’s good. They should own the word. Before, it was something ugly in certain factions, but now it belongs to the LGBT community. That makes me really happy, I’m thrilled to see that.

So, the backlash to “Johnny” made for a strange environment to build a career out of — similarly, this record is coming out in a very strange time between social unrest and global pandemics. What has 2020 been like for you?

I had finally gotten things rolling after a few years of prep-work and this really put a damper on my plans of world domination. But, I feel connected to the whole world going through this. It’s something that’s been very eye-opening for many levels of society. This is going to be an incredibly important moment for the world. Any kind of change can be made in our government and our society. It’s an amazing time to be alive.

In reference to these B-movies, you were quoted as saying that “you kind of have to abandon your idea of what is ‘good’ or ‘bad’ in this genre.” — was it creatively liberating to work in that mindset?

Yes, I found it to be just exhilarating in all kinds of ways. It’s a very freeing realization to realize that there really isn’t ‘good’ or ‘bad,’ but rather it’s this nebulous thing. This genre really makes you realize it, since it’s so obvious. I especially got that feeling when Elektra dropped me after my second album — I started making independent records, which freed me up considerably. We’re talking about “Johnny” and these B-movie songs, but I actually write most of my songs, so it was very freeing to no longer have to answer to a corporation that had no idea who I was. So, that’s a wonderful thing too; to be unimpeded by people who don’t get what you’re about. Those two things combined were just incredible. It’s been the story of my whole career after Elektra. Being dropped was the best thing that ever happened to me.

How has doing this B-movie project influenced your own writing?

Yeah, you watch these movies and you see these songs acted out — the theme songs represent the entire movie and carry the plots with them. It’s a whole storyline. That absolutely changed the way I wrote. I started creating entire stories, entire movies in my head. I would visualize them from the beginning to the end. That was a fantastic transition for me as a songwriter.

A great example of that is my single “Ukrainian Cowboy.” That song started as a whole movie in my head. Luckily, I created a video for it that kinda matches my vision. But, I learned that from the B-movies; constructing a storyline and representing it in a ‘theme song’ type way. Now that I’ve discovered that method, I’ll never go back.

Watch the video for Josie Cotton’s rendition of “Get off the Road” below: 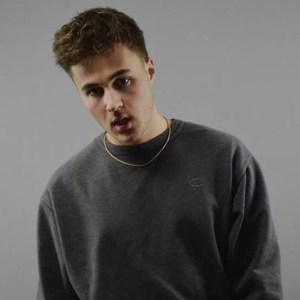 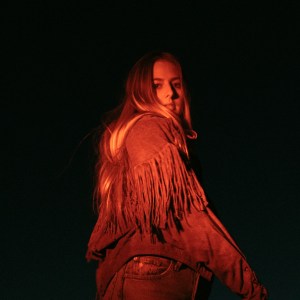