“Yo, I think I just found the first artist I’m going to sign to DTA Records. This kid’s next. His name is jxdn,” says Blink-182 drummer Travis Barker in the “Intro” to jxdn’s ambitious debut record. Tell Me About Tomorrow, 18 tracks of pop-punk volatility, manages to use early bands like Blink-182 and Green Day as jumping off points for jxdn’s own musical ferocity, a punk album “as I know it. What we were going for is bringing back an old sound and making it modern again,” jxdn says.

“One thing that Travis told me whenever he first signed me was, ‘You’re just like this perfect little mold of clay.’ I’m definitely not where I’m gonna be. I’m not finished,” he tells American Songwriter over a recent phone call. “This album is the perfect mix of taking what was already mastered and perfected and then bringing in a new wave of music.  I really couldn’t have done this on my own, and MGK [Machine Gun Kelly] and Travis really handed me the golden ticket.”

“I think punk music, for the next year or two, is really going to take over the world. I don’t think anyone’s going to be satisfied with anything else,” he adds.

A product of Chattanooga, Tennessee, to where he moved when he was 14, jxdn grew up in the church and was introduced to such artists as The Beatles by his father. He never quite connected to music on a deeply personal level until watching Justin Bieber’s 2011 concert film, “Never Say Never.” Later, he fell in love with Juice WRLD’s music in high school, and it changed everything.

“For the life of me, I couldn’t figure out the structure of a song. That was the first time I was conscious about the things that are put into music,” he recalls of seeing Juice WRLD perform with his buddies. “Before that, it really just seemed that songs were songs, you know. But at the moment, I realized, ‘Oh, there’s a structure to this.’”

He began playing around with tidbits of songwriting and the random stanza here and there. It wasn’t until his first year in Los Angeles that he dove headfirst into developing his craft and a voice. “I wasn’t planning on making music, per se. I mean, I always had a plan to make something, but I never thought it would become my career,” he says. “And so it was really all odd, and it all fell in perfectly together. Sooner or later, the more music you listen to, the more you learn, and that’s really all it is. My writing ability is obviously lightyears ahead of where it was, but hopefully, I’ll say the same thing a year from now. It always grows, and it always keeps moving.”

The 18 tracks on his debut album stand tall─an imposing final tally that came after a slew of cuts. “Every single one of them is an absolute single, and the body of work is super cohesive,” the singer-songwriter says. “I’m really proud of it. I don’t think I would have been as proud of it if we would have come out with this six months ago. I remember when we were talking about it, a little over a year ago, my label was like, ‘Let’s just do an EP.’ Then, they came back to me a while in and they’re like, ‘No, we’re doing an album.’”

“There’s no doubt in my mind that this album has the possibility to go number one,” he predicts, before noting early support so far as being truly “unbelievable. I’m just really blessed and grateful, and I’m really excited for people to hear the music.”

From the wall-rattling “Pills” to “Wanna Be,” a collaboration with Machine Gun Kelly, an anthem for self-preservation, to “No Vanity,” in which he aches over a lover’s detachment, Tell Me About Tomorrow documents all the pain of growing up and navigating ongoing mental health battles. With “Fucked Up,” soaking in electric guitar, jxdn attempts to pull in the reins of his anxiety-addled brain. Don’t wake me up / I’m sleeping in / the demons are now creeping in from my past shit, he moans.

Songwriting “feels like a way to cope. I know that sleeping in is one of the things that makes depression so much worse─and people don’t really even realize it,” he offers. “When I was extremely depressed, I would sleep in until two or four every day. You think that you’re resting and giving your body time to heal, but it really just makes it worse. I really tried to keep all of the lyrics in the same boat, you know. I’m not confined to anything. When I’m creating melodies, I really like to match the words with the melodies. If they don’t fit sometimes, they don’t fit. If it doesn’t feel authentic, then I’m not going to put it in there.”

On “A Wasted Year,” which jxdn describes as “a mix between the charisma of Taking Back Sunday and the simplicity of Bleach,” he interpolates Blink-182’s “Feeling This” and features a chorus written by Barker and Andrew Goldstein “because we were on a short time crunch. And I came in and cut it. However, the verses and the bridge and all that stuff comes from me. So it was really cool seeing how they made it so cohesive.

“I was just listening to this song last night with my best friend Cooper,” he adds. “He was telling me, ‘Dude, this song isn’t hard to sing.. And I was like, ‘Yeah, you’re right. It’s not. It’s very simple.’”

Examining his own life, jxdn wasn’t necessarily “relating it to anything specific in my life. I mean, I’ve definitely had years that I’ve wasted─probably 19 into 20,”  he says with a laugh. “That’s just something people can relate to, and I think it was perfect timing with Covid this last year. Although I know it means one thing for me, I don’t want it just to mean one thing for the audience. I want the audience to be able to take it and put it anywhere in their life.

“With Covid, I had a pretty hard year, if I’m being honest. Outside of music, it just felt kind of like a wasted one. But there’s also sarcasm because no year is a wasted year, as long as you’re moving forward,” he further explains. “You look back at certain times, and you think that certain things are gonna happen. And then at the end of the year, or however long it is, you’re like, ‘Man, it feels like a wasted year.’ I think it’s more facetious than anything, you know.”

The most unexpected, and perhaps most emotionally-wrought, moment arrives with the closer and title track. You feel complacent / You’re broken / I’m breaking / I tried calling you a thousand times / You tried telling me a thousand lies, he cries.

When jxdn flew to Vegas last year, to began work on the record, his best friend Cooper underwent a “really difficult relapse,” he remembers. “That started this empty feeling that really [resonated] throughout me and all my friends, because we care about this kid so much. I’ve also known that feeling before in my life, and I know where it comes from.”

He pocketed a rough draft of the song and brought it home before even considering finishing it. “I waited a little bit, and I don’t know why I waited so long,” he says. “But I waited for like a month or two, and then I was back in the studio with Travis.”

The song, which took on the name of the record, refocuses jxdn’s friendship with Cooper but is written in a way “that’s much more generalized to the public. I want everyone to be able to relate to my music. I know that millions of people have gone through the same things that I have. I just need to relay it in the right way. There was a point where he OD’d, and he was literally dead for like a minute. So, it’s really intense.”

At night, when you feel all alone, I’ll tell you about tomorrow, he encourages over guitar. As heavy and draining as the song is, there’s a silver lining of hope breaking through the final breakdown. It is a “‘this is the end, and we’re reaching the finish line’ type of thing. It’s supposed to leave you with a sense of hope. It really wraps everything together. It wasn’t the last song we made for the album, but I was like, ‘This is the last song on the album. This has to finish it.’ And everyone agreed.”

This fall, jxdn joins Machine Gun Kelly’s upcoming Tickets to My Downfall Tour, launching September 9 in Minneapolis. The opening gig comes on the heels of his first-ever live performance, a Las Vegas showcase about a month ago. “It was the most surreal experience of my life. I really can’t even describe it. Music isn’t just about what I’m seeing; it’s about what I’m feeling. And I would perform in front of five people, as I would in front of 50 million. I don’t have fear for a lot of these situations. I have hope. I think that’s what kids need, that’s what people need. I’m not a role model, but I’m definitely relatable.

“I really care about the audience so much. They are there more for the connection to the artist rather than just the music itself. I think music is as powerful as the energy you provide it, and I put a lot of good energy into my music. I didn’t make my music for fame, and I didn’t make music for money. I made my music because I really love making music. And I love making music that people love.” 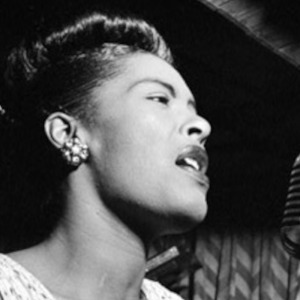 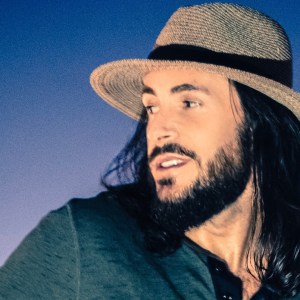