Kelly Clarkson is ready to release her 10th album in 2023, one the singer says was two years in the making and heavily inspired by her recent divorce from Brandon Blackstock.

Also gearing up for the fourth season of The Kelly Clarkson Show, which will take over Ellen DeGeneres’ former afternoon time slot, Clarkson has finished recording her upcoming album—her 10th and her first in five years since Meaning of Life in 2017. In between albums, Clarkson released the holiday album When Christmas Comes Around… in 2021 and a recent Kellyoke album, inspired by the covers she performs on her talk show and is set to release a reimagined version of “9 to 5,” which she recently recorded with Dolly Parton.

“It’s coming out next year, and this is an important album,” said Clarkson. “I’m working on this in therapy: I have a hard time vocalizing what I’m feeling sometimes, so music is helpful for me. It’s just been really healing. I recorded the record quite some time ago.”

Of the album, Clarkson said it was two years in the making since she filed for divorce from Blackstock in 2020. The two were married in 2013 and share two young children together.

“When my ex and I first separated, there were many emotions,” shared Clarkson. “It was hard. My producer and I were laughing yesterday because I was like, ‘Remember that time we wrote, like, 25 songs in a week?’ A lot of those are the ones that are on the album. I literally wrote most of these almost two years ago. Then I told my label, ‘I can’t talk about this until I’ve gone through it,’ and it’s just taken some time to do that.”‘

Clarkson added, “I hadn’t really been working hardcore on an album until I needed to. I was just very busy. There were so many jobs, and I’m a single mom—well, even with being married, it’s a lot, trying to fit kids’ schedules in and all that stuff. But then the whole divorce thing happened, and I needed to write it. And then I didn’t know if I was going to release it, because you can be very angry in that state of mind.”

Many of the songs “cover the gamut of emotions,” on the album, according to Clarkson. “There’s everything on the album,” she said. “It’s almost like the arc of a relationship, because the beginning is so beautiful and so sweet, and then it evolves. And sometimes it doesn’t evolve how you want.”

Touring is something Clarkson wants to return to, in between hosting her talk show, serving as a coach on The Voice, and caring for her children.

“I definitely am going to do shows—we’re figuring that out,” said Clarkson. “When you write an album that’s so personal, it’s just therapeutic to be able to get up there.” She added, “I know there are other guys and girls out there that have been through this kind of breakup who are going to need to scream at the top of their lungs—you can come and join me.”

As for her divorce, Clarkson said that she’s in a different place now and hopes the album can help someone who is in the middle of a similar situation. “I’m through it now, but there is somebody else who is in it, and that’s a hard place to be, especially if you feel alone,” said Clarkson. “It’s a hard thing to describe, it’s a hard thing to go through publicly, it’s hard with kids. This record, I think I wrote this for a reason—not just for me, but maybe someone else can benefit from it.” 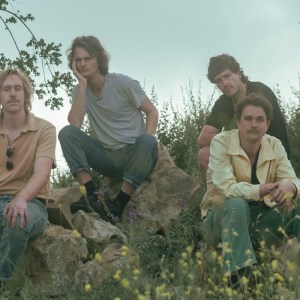 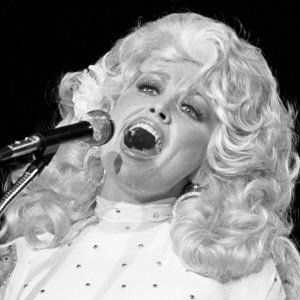