“He was kind and seemingly a pretty regular guy, but he was also a weirdo, a rare bird, waving the true freak music flag, and it didn’t matter what kind of music he made, I loved it all,” says John Dwyer on meeting one of his musical heroes Michael Yonkers.

Paying homage to the experimental, acid-folk rocker on Damaged Bug’s upcoming LP Bug On Yonkers (CastleFace Records), out April 24, Thee Oh Sees’ singer explores and expands on Yonkers’ songs that have left an indelible influence on him throughout the years.

Using his solo project, Damaged Bug, which debuted with 2014’s Hubba Bubba, Dwyer sifted through Yonkers’ catalog of songs since the late ‘60s and from 40 songs, narrowed it down to nine tracks for Bug on Yonkers, also featuring Oh Sees’ current keyboardist Tom Dolas and Brigid Dawson, along with Nick Dawson.

“I think I ended up just getting high and selecting what felt like I could actually do justice to, and what had the most Yonkers-style hooks,” says Dwyer. “This early track, ‘I Tried’ had a good swing to it and was a weird and fun track to put in the mix, because it’s kind of a deep cut and not really representative of his total talent.”

Coincidentally, this long-lost album was the one that first hooked Dwyer into Yonkers’ folky experimental world.

“I started collecting any piece of his legend that I could—some true, some likely not,” says Dwyer of Yonkers. Dywer later connected with Yonker’s 1974 release Goodby Sunball and wanted to reconnect and “reboot” some of the songs that have deeply inspired him over the years.

Yonkers’s own tumultuous tale may explain the myth behind the noisemaker, who has stayed primarily under the radar throughout his career. A few years after he recorded Micominature, he severely injured his back on the job after being crushed by 2,000 pounds of computer parts. To make this catastrophic event worse, the dyes used during invasive x-rays caused a degenerative condition in the inner lining of Yonkers’ spiral cord. Still suffering from lifelong pain, Yonkers continues to make music and record—releasing 2011’s Period. Known for his musical resourcefulness, he has crafted various homemade equipment and instruments, and even MacGyver-ed his own back brace so he could perform.

Dwyer’s nine-track homage to Yonkers continues from first single “I Tried,” originally recorded by Yonkers’ early garage rock band Michael And The Mumbles and into “Sold America,” a distorted, buzzing rendition of the original track, left chunkier, heavy, and grooved in pops of synth-y riffs and other noise surrounding chorus I’ve sold America.

“‘Sold America’ is lyrically as true now as it was when it was written,” Dwyer tells American Songwriter. “Michael Yonkers [is] shouting from the rooftops about greed being the rotting core of the American dream.”

Set to his the road this summer with Oh Sees, Dwyer is also reissuing “Vinegar Mirror,” a collection of film photographs, 2009-2013. Originally published in 2013, the book was mostly unavailable in recent years and will be reissued and has been reworked in coffee table style. “I think this version is a bit nicer than the original,” says Dywer. “The photos are a bit more clear to me. Now more people can own it if they like and not have to buy off eBay.”

As Dwyer sifted through old photos, Kristin Klein and Matt Jones worked on the book’s layout. “Things are so busy in life that I rarely have time to look back on things, which is a shame,” says Dwyer. “This was one of those times where I could have fond and loving memories of friends, family, and experiences.” 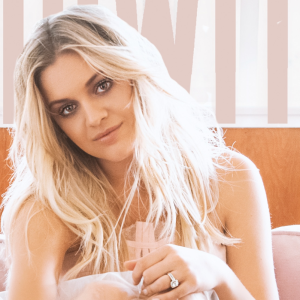 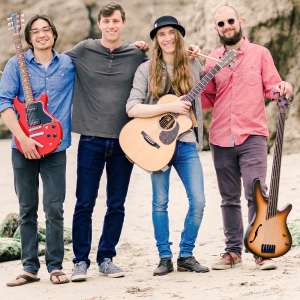