Kiefer Sutherland’s face has been familiar on both the big and small screens for over three decades. But a few years ago he decided to take his love of music (he’s been part-owner of the Ironworks label in L.A.) to another level with the release of his own album, Down in a Hole (not to be confused with the Alice in Chains song of the same name). Sutherland showed himself to be more than just another actor who decided to make an album because his family told him he could sing. He proved to be a viable artist who placed on the country charts and appeared on the Grand Ole Opry.

On his second album last year, Reckless & Me, the London-born Sutherland recorded a song that has resonated with many, “Something You Love.” A piece about how important it is to enjoy life before time slips away, it was written by Sutherland, his longtime co-writer/producer Jude Cole, and Jason Wade of the band Lifehouse, which Cole has managed since their inception two decades ago.

Cole is probably best known for his own pop-rock hits of years past (“Start the Car,” “Baby It’s Tonight”), as well as his work as a writer and musician with Travis Tritt, Jewel and others. He keeps a lower profile these days, spending most of his time working in production and management. A native of the Illinois-Iowa Quad-Cities, Cole talked about how “Something You Love” was birthed and recorded, speaking via phone from his suburban L.A. home.

“This was before we were even really working on Kiefer’s second record, and we were just trying to write some songs,” he said. “The title came up as we were writing the music, and I really loved the title. Jason co-wrote the music, it was him who started initially showing me the verse and I came up with a chorus, and that’s generally the way Jason and I work together, so effortlessly, and always have. I love writing with him because he’s very much a feel guy.”

“Kiefer had mentioned at the very front of the song the Bruce Springsteen song, ‘Glory Days,’ and said ‘What about a guy who walks into a bar,’ and that sparked the first line. So I worked on this for weeks and weeks, and it got to a point where it was almost complete. It was probably 95% my lyric with Kiefer on the second verse. It was just something I felt really inspired with. I felt like it was a really nice message.”

Cole is no different than any writer in that the magic doesn’t always come on the first pass. “I had about 40 rewrites on that one. It took me a very long time to finish it, I just couldn’t be happy with it. And I still can’t tell you that I’m 100% satisfied. But it’s pretty close,” he said, laughing. “It’s a tough one, you know, especially when you’re locked into a melody. It’s like a difficult crossword puzzle. You don’t want to lose this melody but you don’t want to give it less of a lyric. So that’s about how simple, and how difficult, it was.”

Cole himself played guitars, along with one Les Paul-playing legend Waddy Wachtel (Stevie Nicks, Warren Zevon). “It was also kind of inspired by the Bob Seger song, ‘Hollywood Nights,’ he said. “I was pretty proud of that lyric. Every once in a while you get a sentiment, an emotional [subject] that inspires you. What you really love in life is the only thing [that matters] I think, and I was happy to write it. We tracked it at Capitol Studios, and it really was a magical moment. I feel like it got to a good place, and Kiefer’s voice really sells it.”

So in the end, Cole was satisfied with the way the recording turned out. Well, mostly anyway. “It was about massaging it and getting to a place where we wanted it, and like I said, we got pretty close. I was very happy with the final product. Well, I’m not completely happy, but I’m really happy,” he said, laughing some more. 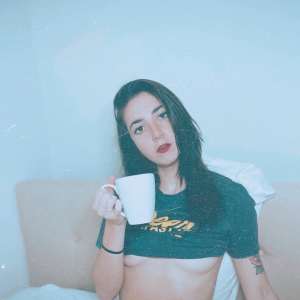 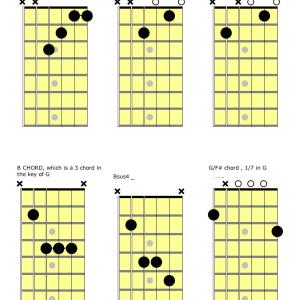