If 2020 has been good for anything in music, it has given artists time to really dig deep and be creative. Of course, everyone would much rather be in the regular grind of writing, recording, releasing, promoting, touring – the lather, rinse, repeat of our world. Alas, not this year. Nope, our world got grounded.

Grounded however doesn’t mean ground to a stop. For Melbourne-based singer/songwriter KIT, aka Katie Wighton of the ARIA Award-winning folk group All Our Exes Live In Texas, she seized the opportunity to stretch out and ended up creating and is now releasing her first ever solo EP. It wasn’t necessarily on her To-Do list when New Year’s came and went but hey, you roll with the punches, right?

“This EP was pretty accidental to be totally honest,” admits KIT. “COVID mucked up everyone’s plans, didn’t it! That being said, it all came together really cohesively in the end. It’s kinda a series of tantrums – I have big feelings and I figured it was a much better use of them to put them into songs, rather than real life tantrums!”

While she’s better known for her acoustic, easy-listening demeanor with All Our Exes Live In Texas, KIT gives Wighton the chance to try on a new pair of shoes if you will. Well written and well performed, this five-song project afforded KIT the opportunity to do a deep dive venturing into some pretty personal waters.

She hasn’t exactly gone punk but she sure as hell plugged in and amped things up a bit for this go. Packing in passion and guitar fuzz on “You Act Like A Child,” KIT’s delivery is reminiscent of the late Kim Shattuck from The Muff’s in their song “No Tomorrow.” Her relationship with her estranged father, a relationship breakup, even a risen fist against the cycle of men getting away with bad behavior; it’s all packed into a powerful five song stick of dynamite.

“Family is complicated. We often love each other in the strangest ways,” muses KIT. “That’s pretty much where “Stranger” comes from. The idea that you can love someone and yet they can be a total stranger to you and vice versa. It’s love, it’s just that it’s only based on blood, not choice.”

While the piano led “Stranger” is a bit sultrier than the rest, for the rest of the collection KIT takes on a more melodic, AAA rock (adult album alternative) approach.

“There was a day after my breakup where my ex came over to drop my stuff over,” she says in reference to the song “Make Your Mind Up.” “I was out and he let himself in with the spare key I gave him. I came home to the key and my stuff outside my bedroom door and it felt so awful. Like, how can your relationship go from being this deep, beautiful nuanced exchange of love to a bunch of stuff and a key left outside your door?

“Breakups are weird” she says with a laugh. 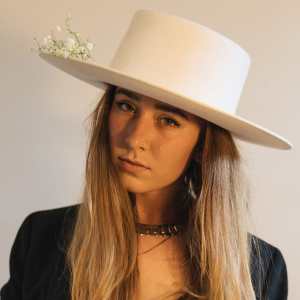 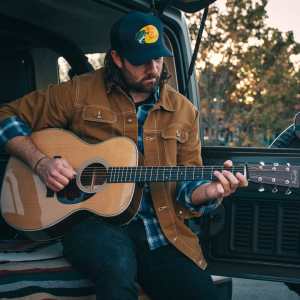