With its supportive, close-knit roots music community, L.A. is one of the most exciting cities for a young singer-songwriter to live in, but it’s not easy. Being in the backyard of the nation’s entertainment industry means there are hundreds of options for music, art, and entertainment on any given night, so an emerging songwriter is bound to feel lost and anonymous during the early stages of their career.

But there are plenty of upsides to having so much of the music industry nearby. For one thing, you always might be playing for someone who can change your life. That’s what happened when Lissie moved to Los Angeles in 2004 to make it as a singer-songwriter.The young singer ended up meeting her manager, and landing a record deal, after getting noticed at one of her first ever gigs in the city.

“When I moved to L.A., I didn’t have a clue, I just thought I was going to get a record deal. I never viewed it as a long-shot, so by thinking that getting a record deal was an easy thing that could happen I just manifested scenarios where I was in front of people who could help me,” says Lissie, who landed her first show after walking to the back office of the Irish bar Molly Malone’s and insisting on performing a song in-person for the booker.

For L.A. country singer Sam Outlaw, he had a much easier time getting gigs once he began to show promoters and bookers a five-minute mini-documentary about himself. “Just having something like that signaled to other people that you take yourself seriously,” he says. “There’s nothing better than video for telling your story and creating an aesthetic.”

Others, like Aaron Kyle, who performs around town as Geronimo Getty, say that just going out to shows is the most important thing you can do as an emerging artist. “If you don’t support music in your scene, nobody’s going to support you,” he says. “I’ve met every single booker I’ve ever known in a crowd at some show.”

For Kyle, going out to see live music has been a much more effective way to build a career than staying home and contacting bookers. “If you don’t have a manager or a booking agent, you’re just sending emails out into the ether,” he says.

Luckily, Los Angeles is filled with loads of people eager to support its local community of artists and musicians. One of the many great local resources for new artists looking to become part of the community is the California Roots Union, a new organization founded by local singer-songwriters Grant Langstrom and David Serby that aims to promote the ongoing legacy of California country music. “If you’re a club-oriented act, you really need to look at L.A. as five or six towns,” says Langstrom. “Someone that lives in Santa Monica won’t come to a show in Hollywood on a weeknight, so you have to be willing to go out and build fan-bases in all parts of town.”

The best place to spend your Sunday afternoons is at the Echo, where from 3 p.m.-8 p.m. the famous east L.A. club hosts the Grand Ole Echo, a free, multi-stage daytime roots music jamboree that takes place from April to September. Each week features around five different sets, with the quieter, less proven acts playing the largely acoustic stage outside on the back porch, and the larger, louder acts taking the Echo’s main stage.

This past July, L.A. roots music patriarch Ry Cooder sat in as the guitarist in Sam Outlaw’s band during the singer’s afternoon set. That’s just one example of the type of collaborations in store at the Grand Ole Echo, whose definition of Americana is much more wide-ranging and diverse than its Nashville namesake, booking everything from southern rock to psychedelic alt-country, to bluegrass, to old fashioned honkytonk.

When asked for some tips on how to get your first booking on the back porch at the Grand Ole Echo, the show’s founder Kim Grant gives the same advice as just about every other booker in town: come out and see the show for yourself. “L.A. is a tough city for music, but if you go out and just be an audience member you’re going to meet a lot of people,” she says. “You can’t throw a rock without hitting a musician at the Grand Ole Echo.” 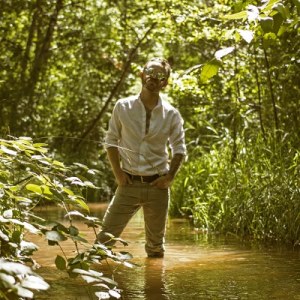 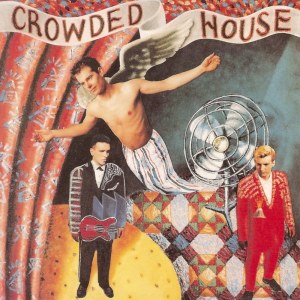