Search
Cart 0
Menu
CARDIFF, WALES - JANUARY 22: Eric Clapton performs on stage at the "Tsunami Disaster Fundraising Concert" at the Millennium Stadium on January 22, 2005 in Cardiff, Wales.The concert aims to raise funds for those affected by the Asian earthquake and tsunami, and hopes to total GBP1 million for the Disasters And Emergencies Committee. (Photo by Matt Cardy/Getty Images)

It was 50 years ago this fall that Eric Clapton, with a band of stellar musicians that included the late Duane Allman, went into Florida’s Criteria Studios to record what would become one of the great classic albums of all time. Layla and Other Assorted Love Songs. With its standout track “Layla,” the album became a timeless record that helped determine the direction of 1970s rock guitar, performed by a band called Derek and the Dominos, as Clapton didn’t want to use his name for the marquee value.

“Layla” was a song Clapton wrote, with Dominos drummer Jim Gordon, about his forbidden love for the wife of his close friend George Harrison (she eventually became Clapton’s wife). The song was inspired by Clapton’s reading of the classic Persian unrequited love story, the epic poem Layla and Manjun. The album might have done big business had Clapton been up front about being the big name in the group, but instead, it stalled on the charts. When the edited version of “Layla” was released to radio as a single in 1972, it did fairly well, but by this time Allman was dead and the band had broken up.

With an introductory minor pentatonic guitar lick that Allman supposedly based on an Albert King blues song, “As the Years Go Passing By,” the “Layla” intro riff is one of the most famous in music history. But if the suspicion about its origin is true, it was based on the first seven notes of King’s vocal melody, and not a guitar line, and Allman brought it in at a much faster tempo.

A big part of what made “Layla” so memorable was the long piano coda that comprised the second half of the song. That section was credited to Gordon, who had worked as a session drummer on some of the greatest records to come out of Los Angeles in the 1960s. Clapton told Guitar Player magazine, “Jim Gordon … had been secretly going back into the studio and recording his own album without any of us knowing it. … We caught him playing this one day and said, ‘Come on, man. Can we have that?’ So he was happy to give us that part. And we made the two pieces into one song.”

On the whereseric.com fan club magazine website, though, New York City broadcasting executive Linda Wnek interviewed Dominos keyboardist Bobby Whitlock, who had his own recollection and opinion about the piano piece. “That piano part in my opinion has nothing to do with this song that Eric wrote entirely himself. It’s about his experience. Not Jim’s! Jim took that piano melody from his ex-girlfriend Rita Coolidge. I know because in the Delaney & Bonnie days I lived in John Garfield’s old house in the Hollywood Hills and there was a guest house with an upright piano in it.”

Whitlock continued, “Rita and Jim were up there in the guest house and invited me to join in on writing this song with them called ‘Time.’ I didn’t hear it as rock ‘n’ roll and bowed out of the little songwriting session … I still don’t think that it’s rock ‘n’ roll and really has no place on Eric’s incredibly soul-on-the-line-for-the-world-to-hear song about his world and his experience. Jim took the melody from Rita’s song and didn’t give her credit for writing it. Her boyfriend ripped her off … That piano coda taints the integrity of this incredibly beautiful song. It has no place on it … I think ‘Layla’ rocks without a piano on it.”

Rita Coolidge, in her book Delta Lady: A Memoir by Rita Coolidge, also asserts that she should have received credit for the song, which would have generated an incredible amount of royalty money over five decades.

Regardless, “Layla” became a classic. In 1992 Clapton recorded an acoustic version of “Layla” for MTV Unplugged. That version later appeared on his own Unplugged album, introducing the song to a new generation of listeners who may have heard the original recording, but had no idea who it was, especially given the Derek and the Dominos moniker. Propelled by “Layla” and “Tears In Heaven,” Unplugged became Clapton’s biggest selling-album, as well as one of the biggest-selling live albums in history with a purported 26,000,000 copies sold. And “Layla” won a Grammy, more than two decades after it was originally recorded, for Best Rock Song, though many argued that the win was for sentimental reasons (following the death of Clapton’s four-year-old son), and that the acoustic version of “Layla” wasn’t “rock” at all.

Clapton typically played a Fender Strat on the “Layla” sessions, while the 1957 Gibson Les Paul Gold Top that Allman used on the song (often called the “Layla” guitar) went for $1.25 million at auction last year. And Jim Gordon sadly has been incarcerated, often in a mental facility, since 1983, convicted of killing his mother before he was diagnosed with schizophrenia. 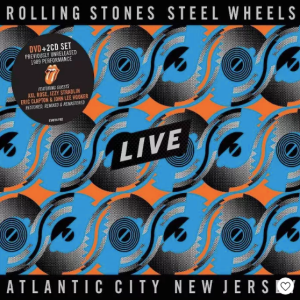 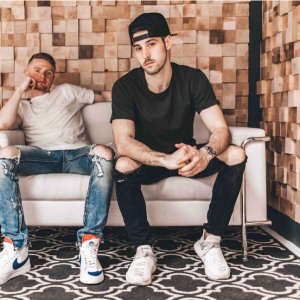