As Ledisi playfully says, “It’s been a minute” since she has put out new music. But a lot has happened since her previous album, Let Love Rule. The R&B songstress wrapped up her contract with Verve and has since decided to go out on her own. Now, she’s gearing up to release a new studio album which will come out in August on her own imprint, Listen Back Entertainment. And the process of creating the songs for this latest endeavor, per Ledisi, has been incredibly freeing.

“Right now I own my music. I don’t feel like I have to please anyone. I just have to please myself,” she tells American Songwriter. So this time around, Ledisi made a point to slow down and really enjoy the journey, taking all the time that she needed to really dial in the way she wanted the record to sound. “I had a blast taking my time and being organic and letting the music tell me what it wants to do. And when I hear it now, I’m like, ‘oh it all make sense,’” she reveals.

The Grammy-nominated singer/songwriter says that this relaxed and newfound production environment allowed her to forgo the urge to over sing and to simply pour her soul into bringing the stories behind her songs to life. “I’m not trying too hard. And people will feel it or they won’t. That doesn’t have anything to do with me,” she says, with a laugh. “But I know I personally love these songs!”

On April 3rd, Ledisi gave fans a taste of what’s to come by releasing, “Anything For You,” the lead single off her upcoming album. The track, she explains, is an old fashioned, stripped down, soulful, R&B song. “It’s about loving and the strength of love, going to every extreme to show how much I love you, even past this time,” she says.

The plan was always to release this track in early April and Ledisi, who deems it an uplifting anthem that people can hopefully appreciate, especially in the face of the COVID19 pandemic, says that the timing couldn’t be more perfect.

To bring the new album to life, Ledisi teamed up with her longtime producing partner, Rex Rideout. She also collaborated with songwriters like Robert Glasper, Deva Mahal, and her backup singer Sara Williams. “I like to use people that no one’s ever heard of,” she says, adding that she was thrilled to finally have a chance to collaborate in the songwriting department with Williams. Rideout and Ledisi served as EPs on the album and J.Mo stepped in to help with the production as well.

Ledisi reveals that she always appreciates the opportunity to pull in these outside opinions, admitting that throughout the album making process, she found herself lyrically stuck at one point.

“There was a period of songwriting during this process that I had a bunch of melodies but no words. That’s never happened to me,” she says. But having her collaborators share their thoughts was exactly the boost that she needed, and Ledisi was quickly up and running. Once the lyrical inspiration for “Anything For You,” hit, for instance, the words came together in one 90 minute sitting. She also enjoyed the process of working with a full band, which she hadn’t had the chance to do since her 2008 Christmas album, It’s Christmas.

“Usually Rex and I are in the studio together or I will do it with another producer. But this time it was with more musicians and it was more raw and organic and it was like the old days!” she exclaims. “I had the melody or Rex had a melody or the guys came up with something. That type of collaboration makes it so much fun.”

The new music, says Ledisi, is all about love – “It’s either love gone, a love worth keeping or finding that love again, or going back to self love.” And this time around, she decided to venture back in time with her song structures. “People don’t write bridges anymore in R&B/soul music. It’s usually a groove or a vibe,” she says. And when there is a bridge, Ledisi notes that it is typically very quick to break. “I have a lot of bridges in the songs and a lot of breakaways. I haven’t done that in a long time. And I allowed myself to just go for it,” she explains. Thematically, Ledisi reveals that she modeled things after the way that Rod Temperton, Quincy Jones and Chaka Khan used to do things. “It has that old band sound filled with the mixture of Jeff Buckley sometimes. It’s fun, organic clear music – simplicity, not a whole bunch of overly thought out things. I want love, I miss love, I’m strong like love and I have to come back to love to find myself,” she proclaims.

The latest songwriting process has left Ledisi more inspired than ever. “The one big lesson I was reminded of is to let it come out organically and not to force things –then the song will scream to you,” she recalls. She also, throughout her sessions with songwriters, earned a refresher on the fact that “not everything has to come from you” and that a creative partner can be just what you need to get a track to where you want it to go. And if she’s dishing out advice, Ledisi, who is in a completely positive headspace these days, wants to convey that a song doesn’t have to always tackle dark subject matter.

“We don’t have to give blood in order to make a great song,” she says, with a laugh, adding that it’s completely okay to spread a little cheer, which is truly what she homes “Anything For You” will accomplish. 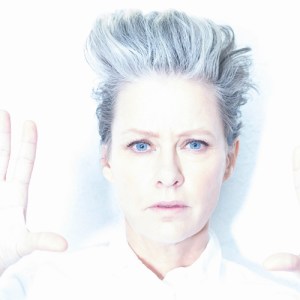 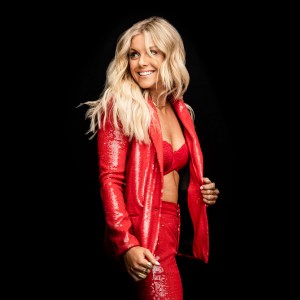