Shelby Lynne has never been one to shield her feelings. Although initially categorized as a country artist on her emergence 30 years ago, her career trajectory has established the fact that she’s a bonafide insurgent, unafraid to express even the most tattered emotions and shattered sentiments.

Indeed, it hasn’t been easy. Lynne’s last album, Not Dark Yet, her first and only co-billed project with her sister Allison Moorer — an acclaimed artist in her own right — reaffirmed her family ties, an early bond that withstood the tragedy of their parents’ murder-suicide. Early major label success brought her notoriety, but also left her dissatisfied with the machinations forced on her by the record biz and steered her towards a pair of smaller labels and, eventually, found her in a self imposed exile. However when she reemerged in the late ‘90s with her widely heralded signature effort, I Am Shelby Lynne, she reaped the greatest accolades of her career up until that point, including a belated Grammy nod as Best New Artist. Seven years later, Just a Little Lovin’, her tribute to the late British pop singer Dusty Springfield, brought her further acclaim, making her an enduring presence in the modern pop arena.

These days, Lynne can claim a more promising label affiliation through Thirty Tigers Records, and a self-titled new album that features her songs in a decidedly stark and stripped down setting that had her recording most of the music alone. Co-composed with producer, director and screenwriter Cynthia Mort, the album evolved out of a film project that allowed the two women to collaborate for the first time.  The as yet unreleased movie, “When We Kill the Creators,” features Lynne as a conflicted and beleaguered singer, not unlike herself, making choices between creativity and commercial success. Several of the songs on the new album were recorded during production, allowing Lynne to capture their intimacy and vulnerability in a seemingly spontaneous manner. In so doing, they reaffirm the authenticity and integrity that’s marked her trajectory every step of the way.

“I actually started writing the songs with Cynthia Mort even before we started doing the film,” Lynne recalls, speaking on the phone from L.A., the place she’s called home for the past 20 years. “When we started making the movie, a lot of the songs came after that. Cynthia, who wrote the film, has always been an admirer of women singers. So this character she created is an example of what happens when you kind of get tired of the whole thing and then what happens after that. I was interested in doing the film just because I like acting, so the songs kind of fell into place naturally.”

To be sure, this wasn’t her first acting effort; she previously played the role of Johnny Cash’s mother Carrie in the 2005 film “Walk the Line” and also appeared in the 2009 Lifetime series “Army Wives,” as well as an episode of the Starz comedy series “Head Case” in which she played herself.

“I’ve got to be selective because I’m so Southern,” she quips with not even the slightest hint of irony.

Naturally, there will be those who want to make ready comparisons between the character she portrays in the film and the role she plays in real life. “A lot of it has to do with my life in the music business,” she reflects. “There are lots of similarities, but it’s definitely not the same. I can’t imagine myself being in situations where I’d be wrangled or held to do something for too long. That would be the difference.”

Indeed, she’s defied that notion throughout her career, one of the things that has made her such a singularly distinct artist all along.

“I was raised in Alabama, so I’m naturally a country person,” she muses. “We were raised on country music, so that’s naturally where all the influences are. I love that music, I truly do, but I like all kinds of music. I like to let the song tell me what it is. Then I put myself into it. I can understand people wondering what the hell I’m going to do next, but I’m still doing whatever comes naturally.”

Lynne started singing professionally at a relatively young age, making her first album, Sunrise, at the tender age of 19. She’s a spellbinding performer in concert, often utilizing little more than a guitar to project the passion and poignancy of her material. “If I’ve learned anything throughout the years, it’s that if you have a good song, you don’t need a lot of noise,” she insists.

In fact, many of the songs on the new album sound like they’ve been resonating in the ether, given that they already sound like confirmed classics, soulful standards that bring an air of familiarity even on an initial encounter.

“We were all influenced by those good records that were released back then, the kind of records that touched me back when I was first getting into music,” she suggests. “I always try to make music that you think you might have heard before, even though you haven’t. Something always leads me that way when I’m making records. I just love the feeling that I get when I listen to that old stuff.”

Because it took awhile for Lynne to feel comfortable about her career, she, like the character she portrays in the film, had to wrestle with the dictates of record labels while insisting on making the music she wanted to record.

“Thirty years doesn’t seem like a long amount of time in the bigger scheme of things, but it sure is a long amount of time,” she muses. “I think about all the things I’ve done, and I wonder, am I going to make it another 30 years? If you look at it on the other end, it looks different. When I came to Nashville, I just wanted to be a country music star. I wanted to sing, because I figured that was what I was here to do. My mama always told me that I needed to go to Nashville and make records, and so that’s what I set out to do. When I got there, I didn’t know what the hell I was doing. I knew I could sing, but I didn’t know how to sing. I just knew I could. So it was years before I found my voice. When you’re as green as I was, and they say, ‘Sing this song and go to the radio station and promote it,’ well I was like, ‘I don’t really want to go to the radio station. I just want to go out and play some gigs.’ So the evolution kind of came after that. It took me awhile til I felt like I was in charge of things. And at that point, it kind of turned around. I was happy to make the music that made me happy. I could sleep at night. After I made my last record in Nashville, I felt like I could accept that calling and that ’s when I moved out here.”

Still, it appears Lynne has no regrets about the formative years she spent in Nashville. To the contrary, she sees it as a valuable first step when it came to launching her career.

“I owe everything in my life to that town,” she concedes. “Everyone was good to me, and they never wanted anything but the best for me, and they still do. But I knew that I had to reach out a little bit, and work with some other record producers. I also knew that I wanted to write songs. That was really the driving force of getting me out of Nashville. I figured the kind of songs I wanted to write were not geared to the country radio thing. I’d already given up on that years ago because I knew it wasn’t for me. I wasn’t interested in writing hit songs, only great albums. That was the motivation.”

Asked if she thinks she’ll reconvene with her sister Allison and do another duo record, she’s equally circumspect. After all, it took awhile for the two to get together the first time around. “Time will tell,” she replies. “We talk about it all the time. That first one was a cover record, so we’ve decided that the next time, we’ll write our own songs. But that takes time. We both had careers going and we were at a different place in life, so it really took the proper amount of time for us to know we could do it in the first place. We never forced it, but we knew sooner or later it would happen… and it did. So we know it will happen the next time.”

That philosophical stance seems to dictate the way Lynne perceives her career overall. “I think I’m settled,” she concedes. “I’m making records all the time. I have a record in the can now. I’m always working on records. The only thing that’s changed in my world is the business. It’s kind of over with. It’s a whole different animal now. But it has made one thing clear to me as a singer and a songwriter. We do this for one reason. It’s just what we do. There’s no other reason to do it. When you’re 30 you think, ‘Oh, I’m gonna make a bunch of money. I’m gonna be famous.’ You don’t think about those things any more when you’re 50. It’s just what you do and you do it because you love it.” 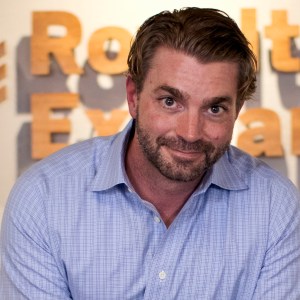 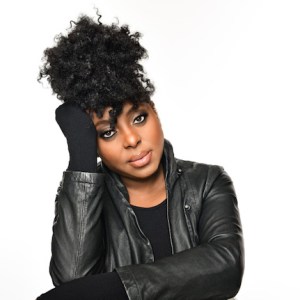