From a 1987 conversation with the songwriters of “Silver Bells,” “Que Sera,” “Mona Lisa” and other classics

They wrote “Silver Bells.” They also wrote many other standards, but that really would have been enough. “Silver Bells” seems to have been around as long as “Silent Night.” Or longer.

In fact, like almost all of their famous songs, it was written for a movie. They were employed by Paramount’s Famous Music for a long while, writing songs for their movies. Many of these became hits, including “Mona Lisa,” “Que Sera Sera,” “To Each His Own,” “Tammy” and “Buttons & Bows.”

I interviewed them in 1987, an experience like sitting down with a married couple coming up on their Golden anniversary—so familiar with each other that one knew the other’s opinions by heart, could easily finish the other’s sentence, and they would fall into occasional squabbles only to return to a strong appreciation for the other. The overriding sense was one of great love: for each other, for their remarkable catalog of songs, and for a life lucky enough to be spent making music.

Jay Livingston (born March 18, 1915 in Pennsylvania) met Ray Evans (born in New York on February 4, 1915) while attending the University of Pennsylvania in the early 1930s. Upon graduation, they joined a dance band (Jay remarkably fluid on piano, Ray adequate enough on alto sax), and circled the globe on tour.

After the glory of that gig, they decided to make music their life’s work rather than get regular jobs. The year was 1938, and the eternally optimistic Evans took a “crazy stab” and answered an ad in a New York paper requesting new songs for the vaudeville team Olsen & Johnson, then starring in the madcap Broadway revue “Hellzapoppin’.”

Though the ad was actually a puff piece, the two ambitious songwriters went directly to the source, and showed up at the 46th Street Theater with songs to play. Their song “Goodbye Now” was well-received and quickly recorded by the vaudevillians, who, like Al Jolson and others, insisted on getting writer’s credit. The song raced up the Hit Parade for four weeks in 1940 with four names on it: Livingston, Evans, Olsen and Johnson. And a classic songwriting career was launched.

But it wasn’t quick. Five years with no further success passed slowly, until friend Johnny Mercer landed them staff writing jobs for Famous Music—the publishing arm of Paramount Pictures. Within six months, they had not one, but five records in the Top Ten.

As this was the era when the measure of a song’s success was how many different artists recorded it, their triumph was substantial; all five hits were separate versions of their song “To Each His Own” (as performed by Eddy Howard, Tony Martin, Freddie Martin & His Orchestra, the Modernaires and the Ink Spots). It was the first—and last time—five versions of the same song were in the Top Ten simultaneously.

“You’re sitting in the studio,” Jay said, still seemingly astounded, “and they didn’t even know you existed, and all of a sudden the phone starts ringing.”

Though the phrase “to each his own” wasn’t common when they wrote the song, it soon became part of the vernacular. As did another famous title they concocted, “Silver Bells.” Though it’s now so well-known that many people think of it as a folk song, it was actually written for a movie. Initially, reluctant to take on the assignment, feeling the world already had more than enough Christmas songs, when they were told Bing Crosby would record it, they quickly changed their mind. “A Bing Crosby song at Christmas,” Evans said with delight. “Thank God we did it.”

Its original title, however, was “Tinkle Bells,” which they matched with the famous waltz-time melody and urban Christmas lyric (“The first time,” Evans said, “that anybody wrote about Christmas in the city”). But Livingston’s wife told him he was out of his mind to use that title because it had a “toilet meaning,” and so he substituted the word silver, and another standard was born.

“Que Sera Sera” was inspired by the film The Barefoot Contessa, where those words are seen carved in stone, translated in the film by Rosanna Brazzi as “What will be, will be.” Jay recognized a good title when he saw it, and the team wrote the song, one of their only hits written without an assignment. Two weeks later, a call came from Alfred Hitchcock’s office saying the director needed a song for a movie in which Doris Day would sing to a little boy.

Livingston, knowing this just-completed song was ideal, waited for two weeks so it appeared they wrote it expressly for Hitch, and went to play it for him. His famous response was, “Gentlemen, I didn’t know what kind of song I wanted, and that is the kind of song I want!” Doris Day, however, didn’t want it at all. She felt it was all wrong for her, and refused to do more than one take in the studio. “This is a child’s song,” she said, declaring that this would be the first and final time she’d ever sing the song. She was wrong, of course, as it became her theme song, and she sang it thousands of time.

Nat King Cole, however, immediately liked the song “Mona Lisa,” which the duo first wrote to the title “Prima Donna,” before changing it. They played for him in person, knowing he hated saying no. Despite his affection for the song, he felt nobody would ever buy it and it would quickly be forgotten. He was also wrong; it was a colossal hit.

Asked what these experiences taught them, both men said in unison, “Nobody knows!”—meaning that nobody can predict what will become a hit, and they related the story of their friends Johnny Mercer and Harold Arlen, who were told by the Paramount folks that “That Old Black Magic” was too long and, therefore, worthless. “It had a 64-bar melody,” Livingston explained, whereas most tunes were usually half that length or less. “But they were big enough to say, ‘We’re gonna do it anyway.’” Evans, ever the wordsmith, summed it up: “So never give up. Nobody knows.” 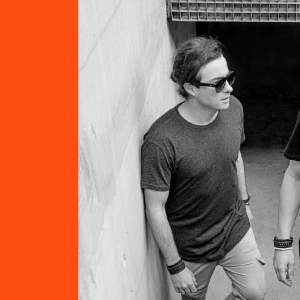 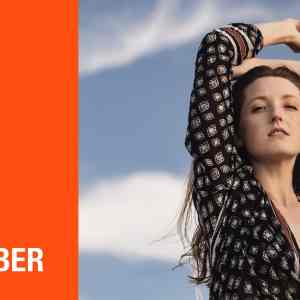