Leo Sidran has a lot of titles under his belt, from musician, arranger, and composer to producer, engineer, and podcast host. His latest single, “It’s Alright,” also earns him the title of optimist for its encouraging message about the light at the end of a long, difficult road.

Although it was recently released on October 20, Sidran originally wrote the song during the initial lockdowns in the spring of 2020. The COVID-19 pandemic forced people inside, eliciting this line from Sidran: We’ve got nowhere to go and no way to get there if we tried. But look down the road and you can bet that there’s a light.

Not long into the lockdown, there were improvements in air quality and wildlife throughout the country, leading Sidran to the song’s next topic: slowing down and letting nature heal while it had the time.

“I had learned that it only had taken a few weeks of fewer airplanes in the sky for the atmosphere to clear in much of the world and for the stars to begin to shine brighter in the night sky,” Sidran tells American Songwriter. “The earth was healing itself and I had the sense that maybe the planet was sending a message to mankind that we needed to slow down and reflect for a moment. I wrote, The stars are shining brighter than they ever have in all my life. The wind is whispering a message from mother nature and father time.”

During this time, Sidran was in the process of recording his latest album, The Art of Conversation, which came out in May of 2021. Because he was working on another project, the demo of “It’s Alright” was tabled and left deep in Sidran’s phone.

“I forgot about it until more than one year later, when in the summer of 2021 I happened to review the voice memos on my phone and I discovered the song. It was like I had discovered a time capsule; it was as if I had sent a message into the future and was only just now understanding its meaning,” says Sidran. “Why didn’t I record the song in 2020? I was in the middle of recording my record. Maybe I didn’t understand the real significance of the song at first. But when I rediscovered it I knew that it was a very meaningful song, at least for me.”

What came of that original demo is a simple, yet, beautifully produced tune with an uplifting message. Starting out with vocals and a simple keyboard melody, Sidran gradually adds backing vocals, guitar, and percussion, transforming the song into the perfect mood-booster.

“I decided to record it at home and then asked some friends to sing with me. Janis Siegel (of The Manhattan Transfer), Angela Faith, my daughter Sol, and the incredible Louis Cato (who sang and played the solo at the end) all joined me on the recording. I am so proud of this production which is out today,” said Sidran.

Sidran got an early start to his career, playing with and having four of his songs recorded by the Steve Miller Band and while he was still in his teens. He fell in love with Spanish music while studying abroad in college, and subsequently formed connections with several Latin artists. Other credits include producing and engineering for various artists, playing drums for major jazz artists, and winning an Oscar for co-producing “Al Otro Lado Del Rio” from the film The Motorcycle Diaries. He also hosts a podcast for artists to share personal and professional stories, titled The Third Story.

Check out the official video for “It’s Alright” below. 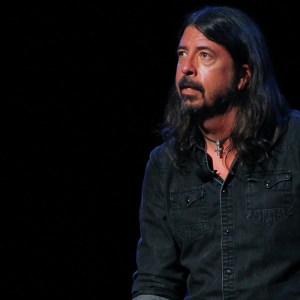 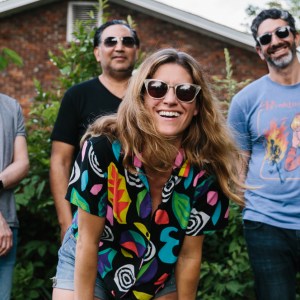