Lindsay Love, frontwoman for the Seattle-based band, Jaws of Brooklyn, says that her band’s newest track, “Fever,” is all about “the facets of being a woman that has historically been frowned upon by society.”

Love says of the energetic track: “Touching on the experiences of feminine rage, sexuality, and unabashed self-expression, the song is a proverbial middle finger to the structures that continue to only define women through the perspective of the male gaze.”

For Love, the song is an anthem of rebellion. With it, she works to dispel the “one-dimensional, docile and subordinate archetypes and expectations of previous generations by taking up space as a woman who’s looking to start a fire —unapologetically whole and unfiltered.”

In other words, the song serves as a call to action of one’s own agency. Not to be the one told what to do, but the one doing the telling. Power is a funny thing that way. No one wants to be without it, but to play with its fire is tricky. Love knows, love is ready to tame it.

She sings: Well what do we have here? A woman who’s looking to start a fire.

“That line was written as a representation of the moment when I’d finally had enough,” Love tells American Songwriter. “The moment when I decided I was going to commit to being exactly who I am and do exactly what I want, and not care what anyone had to say or think about me.”

She continues: “That moment and that feeling of being a woman who is ready to burn all of the stories and expectations and rules to the ground makes me feel so damn good – so damn empowered to be in my skin.”

For Love, who began writing poems in elementary school and found herself wrapped in music as young as 9 years old, music is a tool meant to both heal and empower. As such, she does not write frivolous songs. She writes music to lay a new foundation.

Indeed, during the past two years, Love found her breaking point in a moment when she couldn’t take on the behaviors and ideas she’d allowed internally for so long. “I realized all the ways in which I’d been conditioned to feel shame about my body,” she says, “my actions, my intrinsic feelings or carnal desires, to feel like I am and will never be enough.”

Now, though, with “Fever,” Love and her band, The Jaws of Brooklyn, are set to chart a new course. And everyone is welcome to follow their lead.

“I want to encourage everyone,” Love says, “to really take time to put in the work of recognizing all the ways in which our beliefs and identities have been conditioned, both individually and collectively, and to commit to undoing all that is not your own absolute truth. Commit to healing any part of you that was made to feel ‘wrong’ just for being who you innately are. It’s liberating.” 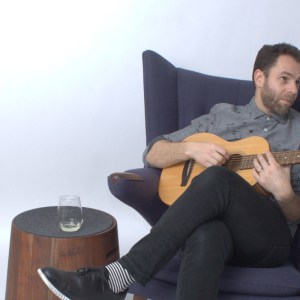